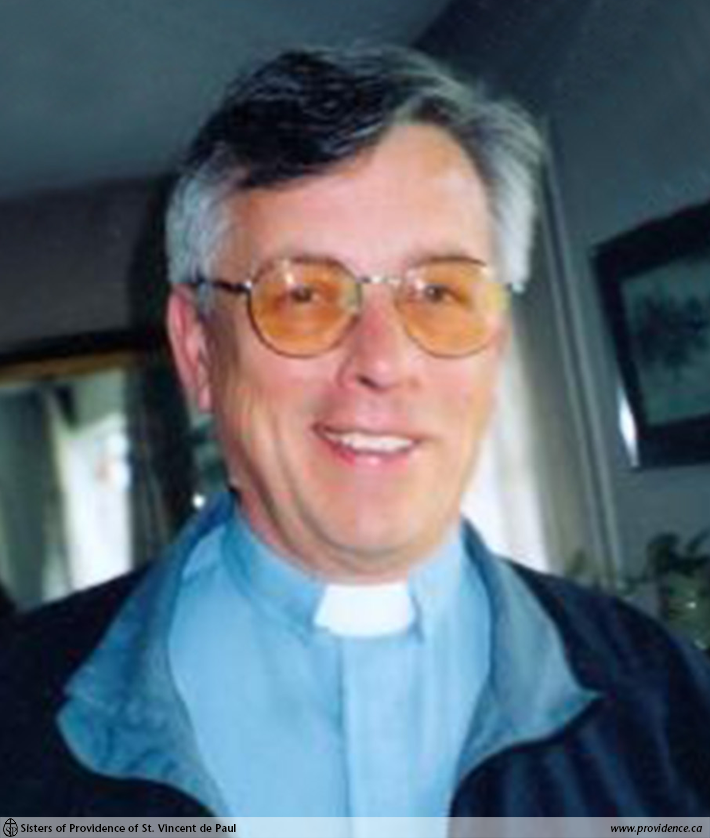 Al Meloche was born in Windsor, Ontario. As a young man he worked for Broughton’s Religious Goods Store in Toronto. He became a married deacon and was very committed to this ministry in the Catholic Church.

Al eventually moved to Kingston where he became involved in Prison Ministry. He initiated many workshops both for the deacons of this diocese and those involved in prison ministry. Al and his wife, Rollande became Providence Associates in 2002 and were members of the Rainbow Group.
In 2004 Al and Rollande moved to Kensington, Prince Edward Island where Al continued to work in Prison Ministry. He kept a close connection with the Rainbow Group, often spending time with members during family visits in Kington.

During the past year, Al suffered greatly from a heart condition and sleep apnea. He appreciated the prayers offered by the Sisters and the Providence Associates. Al died peacefully in the Prince County Hospital, Summerside on January 11, 2018. He will be missed by all who knew him.