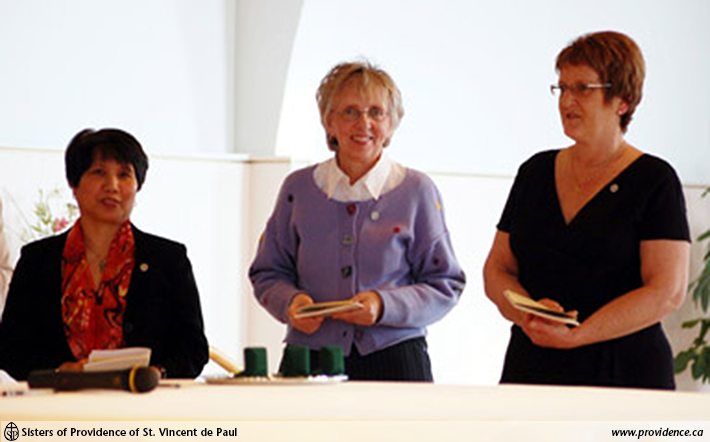 The morning of April 5, 2008 dawned bright and clear with all the freshness and new life of spring. Outside Providence Motherhouse, birds were chirping, buds were opening and Mr. and Mrs. Duck had returned and were spotted over by the barn deliberating (discerning) just when and where to lay their eggs. And inside Providence Motherhouse, a retreat on Discernment and Deception was in progress animated by our gifted Sister Lucy Bethel. So, decision making was in the air.

That evening in a simple ceremony within Evening Prayer, three devout women, Cathy Bryan, Marietta Marcial and Marie McCartney, moved from the Candidacy Phase of the Associate Process to a promise of commitment for one year as Associates of the Sisters of Providence of St. Vincent de Paul. Sister Dianne McNamara received their promises in the name of Sister Pauline Lally, General Superior. Sister Catherine Cannon, Director of Providence Associates, presented them with their Associate pins, a symbol of their acceptance.

Local coordinators Carol Groten and Alayne Scanlon presented them with the Spiritual Heritage Handbook of the Sisters of Providence as a sign of spiritual bonding.

The promises made at Commitment are not taken lightly. Over a period of four years, lay women and men intersted in the Associate program pray, discern, study and minister to the poor, living out in their own lives the charism, spirituality and mission of the Sisters of Providence. 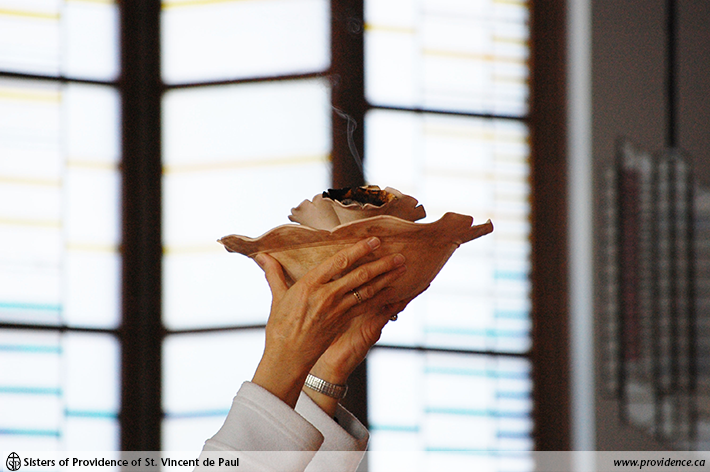 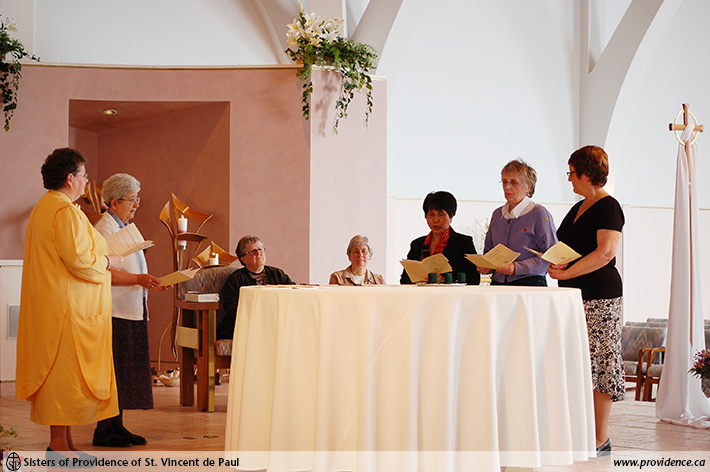