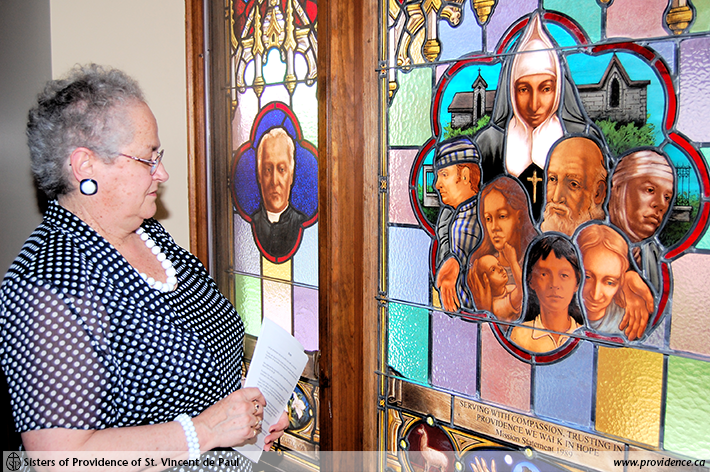 In 1983, Sister Muriel Gallagher went to Guatemala. During her Visitation there, she suggested the formation of a group of Associates to pray with and support the Sisters in serving the poor.

Meanwhile back in Canada, in Brantford and in Kingston, Sisters were dreaming the same dream; namely, the desire of many Sisters and lay people to come together to pray and to support one another in spreading the Gospel message of love and compassion among themselves, in their families and out to the world.

A proposal regarding the establishment of Associates was submitted and accepted at Chapter 1981. The proposal was ratified at Chapter 1985. It reads “ An Associate Program will be established in the immediate future to evolve regionally in both eastern and western Canada and in our southern missions.”

And so the story continued and First Commitment Ceremonies were held in :

At present our numbers include:

WHAT DO ASSOCIATES DO ?

Associates minister in parishes, in their families, in prisons, in nursing homes and WHEREVER THE GOSPEL CALLS THEM.

To quote Sister Pauline Lally, first Director of Providence Associates, “This very important movement was neither planned nor imposed from on high. It was and still is very much a Grassroots Movement and it will continue to evolve and persist provided we don’t get in the way of the Spirit” Associates and Sisters sing their motto: “WE ARE COMPANIONS ON THE JOURNEY”