As Associates and Sisters began the second stage of the renewal and celebration of the historical roots of the Sisters of Providence of St. Vincent de Paul, we felt a certain excitement moving from 16c France to 19c Montreal, Canada. Associate Marie McCartney, and Sister Shirley Morris brought to light the lives of Bishop Ignace Bourget and Sister Émilie Gamelin. 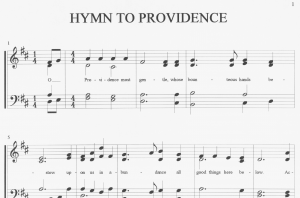 Shirley set the context for the inception of the first Canadian foundation of Sisters outside of Europe by describing in detail, through word and picture, not only the life and times of Bishop Bourget, the second bishop of Montreal, but also the social, political and ecclesial conditions that characterized his 36 years of leadership from 1840–1876.

The diocese of Montreal, extending from the American border to James Bay, had a population of close to 190,000 people. His mission was to extend the power of the church over every aspect of life in Quebec, to end the church’s subservient status to the British and to help promote the Christianizatian of the diocese.

Male and female religious orders were given increasingly important roles in both elementary education and the classical colleges which he directed. Hospitals and charitable organizations were also administered by religious men and women.

His reaction to the two great disasters in Montreal during his years as bishop exemplified his great compassion towards the sick, the dying, the elderly and orphans. In 1847, thousands of Irish immigrants came to Montreal bringing diseases of cholera and typhus. In 1852, much of Eastern Montreal was destroyed by fire leaving thousands homeless.

Although he was often seen as a stern figure, he was known as a man of prayer and an effective administrator who set up many lasting institutions to care for suffering people within and beyond his diocese. Today, a statue still stands in commemoration of his outstanding contribution to the development of Montreal.

Marie contextualized the life and role of Émilie Gamelin within the culture of nineteenth-century Quebec. The quest for democratic freedom in general and for women in particular would be a long and difficult one. The prevailing social order viewed a woman’s place to be in the home and also as guardians of the French Canadian race. Women gradually took on the social needs which were amplified by the economic circumstances of the time: mass immigration from Europe as well as the epidemics of cholera and typhus. This was the climate into which Émilie Tavernier was born on February 19, 1800, the youngest of 15 children.

Before she was 10 years old, both of her parents had died. Living with her brother, a widower, she used one of the rooms in the house to feed the poor at “the table of the King,” thus exemplifying the beginnings of her compassion for the sufferings of others. 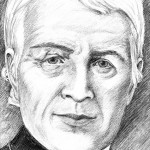 In 1823, she married Jean-Baptiste Gamelin, a respectable 50-year-old bachelor. Their early years were happy. However, their first two children died within months of their births and her husband died in 1827. Her one son, born the same year, died a year later. Naturally, Émilie was devastated by such loss, and, in her grief, she approached a Sulpician confessor who referred her to the Pietà and devotion to Our Lady of Sorrows. By meditating on the sufferings of Jesus and identifying with Mary holding the body of her Son, she gradually recovered enough to return to a work that she had previously started.

Émilie had been housing and caring for a number of elderly women on the ground floor of a school. By 1830, this asylum, known as “the Refuge,” was overflowing. With help from a cousin, as well as a lay society of women, she continued this challenging work. These women came from all quarters of the city and from different backgrounds; they often were hard to control. She found that singing with the women was helpful – especially the hymn, O Sweet Providence.

As time went on, Émilie began personally visiting families who were destitute and alone. Some orphans she brought to the Refuge. Since her own resources were dwindling, she held a bazaar to raise funds and spread word of her work. She was given a house on St. Catherine St. and purchased the adjoining land for future expansion. In 1837, Émilie became interested in the living conditions in the prison; it was this initiative that brought interest and recognition to the Refuge.

In 1841, the Legislative Assembly incorporated the Refuge as the Montreal Asylum for the Aged and Infirm of Montreal. Madame Gamelin was elected as head of the corporation by the ladies who formed it.

The next year she pronounced a vow “to be the servant of the poor.” She began to remove all ornamentation from her clothing with an inner hope that she would live a life of a vowed religious.

In 1843 Bishop Bouget wished to form a diocesan religious congregation of the Daughters of Charity in Montreal with Canon Prince in charge of formation and Madame Gamelin consultant on those entering. She remained an integral figure in the management of the house and presided over the work and common exercises. The situation became very difficult for her when the bishop expected her to act as superior and share the Rule, even though she was not a religious herself. Later that year, Émilie asked to become a postulant in the Congregation. At the same time, Bishop Bourget received word that the Daughters of Charity of France, whom he had hoped to take over, could not be spared. Émilie was asked to visit the Sisters of Charity in the United States. There, she was presented with a copy of the Rule of St. Vincent de Paul. In the first election, Mother Émilie Gamelin became the superior of the newly-formed Montreal community. 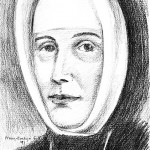 The young community took on a definite character as its works multiplied and diversified. Many Houses of Providence were seen in Montreal and the surrounding areas and many women entered the Congregation. However, difficulties began early on for Mother Gamelin. Above her were two very strong-minded clerics who took an active role in the affairs of the Institute. The Rules and Customs were neither complete nor determinate. The rights and duties of those with varying degrees of authority were not clearly set down. As a consequence, there were many misunderstandings and Mother Gamelin bore the brunt of much discontent. The bishop listened to the grievances and held her responsible to amend the situation.

In the spring of 1851, Mother Gamelin began her annual visitations but tired after a short time. When asked to preside over the seven-year elections for the Institute, Bishop Bourget declined, saying that he would be happy to remain the ecclesiastical superior but felt his presence was no longer required at these meetings. Mother Gamelin rejoiced at the decision.

A day or two later, she became ill with cholera and died a short time later. Her final words were: humility, simplicity and charity. Part of her epitaph read: She hath considered a field and bought it; with the fruit of her hands she hath planted a vineyard.