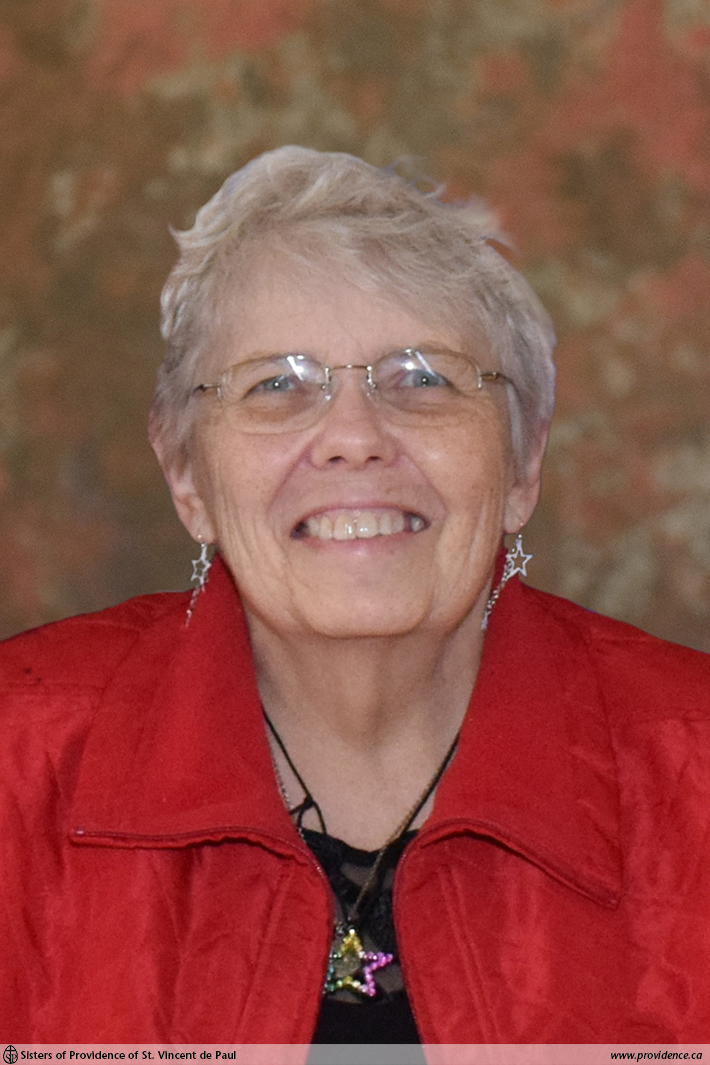 For 37 and a half years, Dianne Dutcher worked at Providence Manor, the long-term care home founded by the Sisters of Providence in their foundation building in Kingston. For most of that time she was the director of nursing. In her last years there, she became the manager of volunteer services. It was at Providence Manor that she met the Sisters and came to embrace their mission. She became a Providence Associate in 1997.

Diane was born June 24, 1945 and died October 18, 2016. She had two children, though one predeceased her; and five grandchildren she adored.

“Dianne was a great friend and mentor – a totally selfless person. She lived her life ‘trusting in providence and walking in hope.” In the past six months or so, Dianne had been praying the novena to Émilie Gamelin. Dianne felt a great closeness to Émilie. During the last weeks of Dianne’s time at St. Mary’s of the Lake, where she was in palliative care, she talked about the trip she, with a group of Associates, made to the Gamelin Centre in Montreal. This trip took place quite a number of years ago; however, Dianne had photos of the trip in her room at St. Mary’s.

“Dianne’s unwavering faith was very inspiring to others as we watched Dianne live out her life trusting totally in Divine Providence.”

In an article written in 1997 about her journey to become a Providence Associate, it is clear that Dianne already had that trust and knew how to apply it, working with residents and their families:

“We see a lot of suffering, but we also see how people become more compassionate. Someone needs something and Providence happens,” she wrote at the time. “Trusting in Providence, I’ve learned to do that. I’m not fearful. Somehow we are able to manage it all with the Lord’s help.”