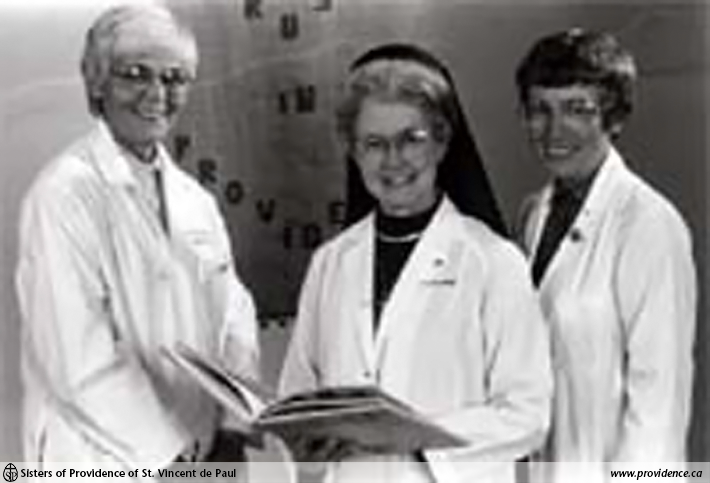 Calling it the most rewarding ministry in all her years of caring for the sick, Sister Marilyn Kearns reflects on the last five years as sole caregiver to her friend, Sister Evelyn O’Grady.

These best friends lived together for almost 50 years. The pair graduated from nursing school in 1959 and after various appointments, both were assigned to St. Mary’s in Montreal in 1967.

Sr. Marilyn remained there until this June when she moved to Kingston, two months after the death of her best friend. Sr. Evelyn died in Kingston in April,  just eight months after returning to Providence Motherhouse infirmary from Montreal.

Despite Sister Evelyn’s advancing symptoms of Alzheimer’s disease, she continued to enjoy a great quality of life thanks to Sr. Marilyn. The two travelled, shopped, vacationed and spent time with family in Toronto and Quebec and remained active members of their parish community.

“It was a gift and privilege to care for Evelyn. She was so appreciative, kind and loving,” says Sr. Marilyn. “To this day, I reflect on a prayer given to me by Sr. Dianne McNamara, which beautifully describes my ministry of care for Evelyn. The last line still moves me.”

“…May abundant love lift you and gratitude bless you as you live the mission of care entrusted to you. Amen”

Sr. Marilyn’s departure from Montreal in June brings another chapter of religious history to a close and an end to the 66-year presence of the Sisters of Providence of Kingston in Montreal. When asked about this void, Sr. Marilyn explains that SP’s are called to compassionate service, in all locations. After a rewarding and varied career in health care as a teacher, nurse manager and pastoral minister, this marks a new chapter in Sr. Marilyns’ life. She is living in Kingston again for the first time since her novitiate years and her sabbatical ends in the fall as she ponders her next ministry.

“I will likely work with the poor in some capacity. I’m also looking into working with the Kingston Alzheimer Society, however, I’m not quite ready emotionally.”

Witnessing shocking domestic abuse cases during her years as a nurse, Sr. Maryilyn felt called to work with abused women and children. After reading an ad for a new shelter in a Montreal newspaper, she immediately phoned and offered to volunteer. Soon after, she was promoted to Intervention Worker where she remained for seven years. Sr. Marilyn also served on the congregation’s Healing Violence Committee.

“Violence is cyclical and it seemed like the shelter doors were simply revolving. Women left the shelter but returned often to escape violent partners. These women would eventually leave the abusive relationship when they knew the time was right.”