Echoing the Providence of Peace in an intercultural World 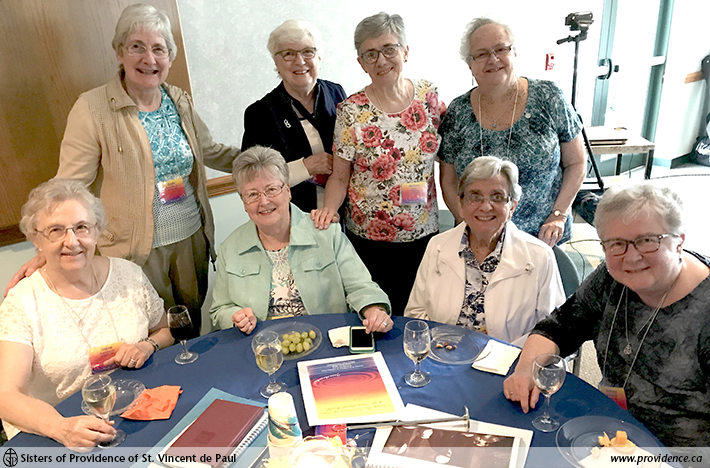 In mid-June, three carloads of Sisters and Associates drove in beautiful weather through scenic countryside to attend the 14th event of the Women of Providence in its 38th year of Collaboration at La Roche College in Allison Park, Pennsylvania. The theme of the conference was “Echoing the Providence of Peace in an Intercultural World.”  The presenters were the dynamic Megan McKenna and the humble Bishop Gumbleton.

Megan was full of stories. She said there are three major truths regarding stories: first, all of them are true and some actually happened; secondly, the story is going to happen to you in some fashion if it hasn’t already, i.e. “every story is out to get you”; thirdly, stories create community. Through Chinese, Muslim, French and Japanese stories as well as stories from scripture, Megan developed themes of justice, forgiveness, abundance and resurrection. Each story was transforming.

Her creative proclamation and interpretive dialogue between the Syrophoenician woman and Jesus from Matthew’s Gospel (15:21-28) is an example. In an occupied territory and from a woman Jesus discovers his identity and eventually learns “to mother the world.” He is stretched and comes to realize that he is not just for the Jews but for everyone. Her boundary was broken by desperation and need; his, by conversion. Their dialogue is a great model for ministry. You never really help others unless you get help from them. The poorer you are, the wiser you become. After this challenging meeting Jesus heals all who are brought to him, and the crowd is “shocked.” Even the disciples are “amazed” that he would do this.

For Megan “Providence is rooted in the Resurrection.” She said it quite poetically: “in the Resurrection we believe that God the Father kissed the body of Jesus from the dead by the power of the Spirit and thus Jesus is more alive today than he ever was; and the Father is going to do the same for us…. Resurrection for us actually began in baptism and the rest of life is practice. All is moving toward fullness of life and everyone – including the universe – will experience it.” Now, if that isn’t cause for hope and joy, what is? Thus, she challenged us “to push our privilege” and work for justice and peace. 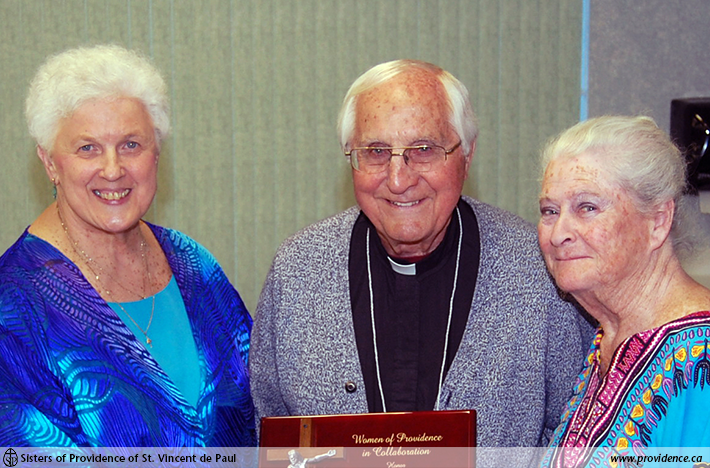 Who has done this better than Bishop Tom Gumbleton! Retired Auxiliary Bishop of Detroit, Bishop Gumbleton is widely known as an advocate of the poor, sexual abuse victims (having been abused by a priest himself as a young teenager) and for pacifist causes. At 88 years of age this man of peace challenged us to remember our sins. What cannot be remembered cannot be forgiven and healed. A forgotten Auschwitz predicts a Hiroshima. To forget Hiroshima and present wars is to predict the end of the world as we know it. Modern warfare is not fought with armies on battlefields anymore, but from a distance, killing civilians, destroying infrastructures and contaminating the environment. During the war in Iraq (2003-2011) 1,105,000 people were killed. When the Bishop went there he saw not the carpet bombing of WWII but the destruction of every one of their water systems, their electrical grid system (no A/C in 100 degrees Fahrenheit!) as well as the destruction of their irrigation, communication and transportation systems returning the country to pre-historic days. Then, if that wasn’t enough, an embargo was imposed upon them for 12 ½ years with no trade or outside help.

The effect on combatants is severe – moral post-traumatic stress. Veterans know they need forgiveness, reconciliation, and restorative justice to repair the world as well as atonement which can eventually lead to communion. But military chaplains are not allowed to use religious language. The big question is, “How do we learn to live with each other again?”

“There is no justification of war as we wage it today,” said the Bishop. At present Pope Francis is writing a new encyclical which will condemn the Just War Theory. Massive conversion is required. We live in the shadow of the Cross. “Our relationship with God,” said Bishop Gumbleton, “is as good as our relationship with our enemies, the poor and those of whom we are afraid.”

To close on a more positive note an impressive panel of younger Sisters of Providence (SPs) born in Korea, Vietnam, China, El Salvador and Nigeria told their stories one afternoon. Their presentations were powerful. One said,“You understand your way but not mine.” Another who had entered from Chile, whose father, six brothers and sister were killed in El Salvador by soldiers trained in the School of the Americas spoke of her painful struggle to learn English because of her “closed heart.” Another spoke of the great challenge to live with others who are so different. I thought how courageous each one was. I felt something new is happening to us SPs. These younger sisters are designers of a future we cannot yet see. This is the new face of Providence, and it is very much alive! May it evolve and embrace new possibilities “Echoing the Providence of Peace in an Intercultural World.” 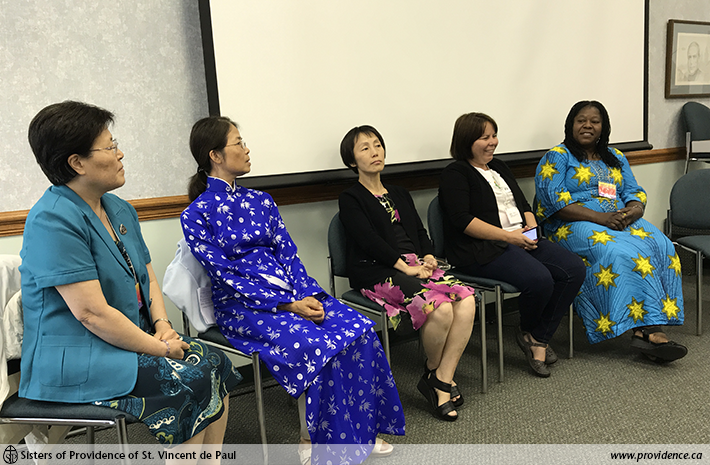 Panel of Sisters of Providence born in various countries shared their stories.