A good thing – no, a very good thing – happened 40 years ago and we Sisters of Providence and Associates from two nations and thirteen different Providence congregations honoured “that very good thing” on the 3rd Saturday of February, 2021. The beginning of the Women of Providence in Collaboration. And the pandemic didn’t stop us. Thanks to amazing technology and its technicians we did it virtually.

In a beautiful opening ritual orchestrated by our Executive Director Barbara McMullen, CDP and Chair of the Board Dawn Tomaszewski, SP of St. Mary’s of the Woods, we honoured our Provident God, the founders and our persistence in theologizing and evolving to a new understanding of the name we all hold in common – Providence. Thus, began our 2021 Providence Event from chairs in our own homes.

Our Facilitator for the day was author and international speaker Sister Nancy Sylvester, IHM of Monroe, MI. Nancy founded the Institute for Communal Contemplation and Dialogue in response to her experience working for justice and right relationships in church and in society. Nancy was just the person to work with our topic, “Providence – Where Justice and Radical Hope Meet.” 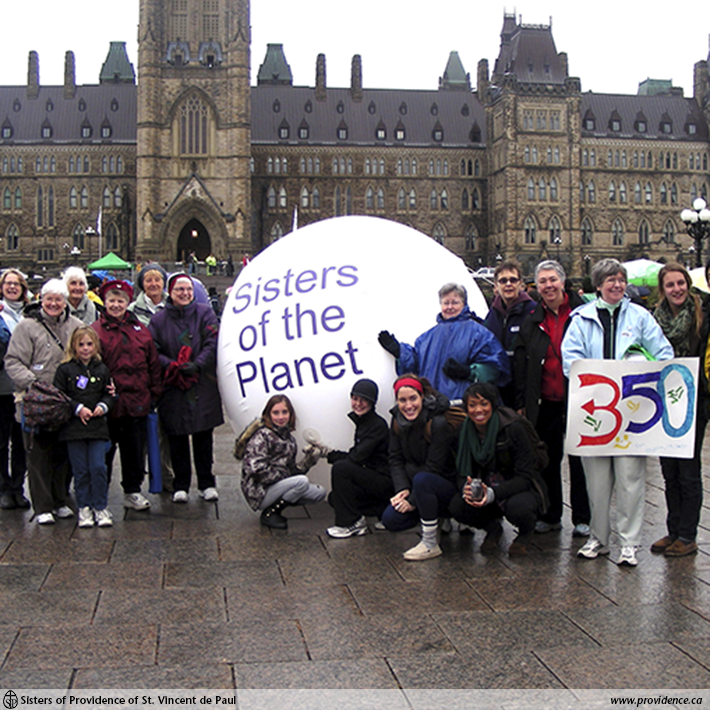 How do we do justice in these times?

Sister Nancy began by saying that Providence calls us from the future in ways we cannot see or imagine luring us into a new relation with justice and hope. “How do we do justice in these times?” she questioned. We offer a prophetic vision with new possibilities, speaking truth nonviolently as we advocate against every form of discrimination. She had us reflect on what we had done over the years in the area of justice, and I surprisingly realized we certainly had done something. But Nancy again questioned, “What newness might we be called to today?” We are witnessing a radical new way of thinking. There is a new rupture in our western democratic countries and we are called to address these dominate issues. The tension and vision is explosive. We must beware of passively abandoning it all to Providence.

Providence unfolds in the universe and in us. Quantum Physics gives us significant insights. Consciousness, how we see the world and all reality, plays a serious role in a radical way of being, sensing and knowing. Nancy said, “Take it in and let it change you.” It is physical with a spiritual dimension. Rational knowledge AND the intuitive dimension could reconstruct the fragmentation of humanity. This will involve an imaginative leap, a radical shift in consciousness. As Einstein said, “We cannot solve the problems out of the same consciousness that created them.” We need to see in new ways. Common Good issues cannot be addressed with short term vision. The stakes are too high.

Consciousness shapes our values, beliefs and assumptions. It is not stagnate. It evolves. Each stage of consciousness is more complex, transcending and including the healthy values of the former stage. Each stage offers values and wisdom at that time. Then Nancy proceeded to speak about each stage and its characteristics.

The stages of consciousness

The first is Ego-centric, Magical, Mystical, Pre-modern. In this stage safety and survival is supreme. There is great allegiance to a leader, the chief, the empire, a super-hero. Power is paramount. Might is right.  Winning and being in charge is very important. It is difficult to see things from another’s perspective. 30% of the western population is at this stage. An unhealthy exposition of this stage was the insurrection of the Capitol in Washington in January.

The second began about 5,000 years ago. It is called Ethnocentric. In this stage there is a strong sense of belonging and purpose in life with absolute principles. Law and order is important. Conformity and obedience are its serious virtues. According to James Marion, it is from here that all major religions originated and continue to operate. 45% of our population operates at this level. That is why there is so much opposition to the defunding of the police.

The third level is called Modern, Rational, Mental, World-centric. It is objective, scientific. Thus reality is what you observe; reason is the only way of knowing. Individuality and achievement are its new values. Success is found in privatization, democracy, capitalism, indoctrination, universal education and global trade. Faith and science seem to be in opposition. Belief in God becomes a question; faith systems are tolerated. There is often a split in persons who are pre-modern in their religion and postmodern in other areas. Thus, there are attempts to delegitimize Vatican II and Pope Francis. It is thought that 30% of our population is operating at this level.

The fourth stage, called Post Modern, Sensitive, Egalitarian, World centered Consciousness, is about diversity, inclusivity, integration, reaching consensus through dialogue, justice for all – even beyond the human; pluralism is instrumental to achieve unity in diversity. Those at this stage are connected to and take seriously the teachings of Vatican II. 10% of the people operate at this level.

Sister Nancy stated that all these stages were first tier consciousness. At each of these stages one believes that the way they see the world is the right way. 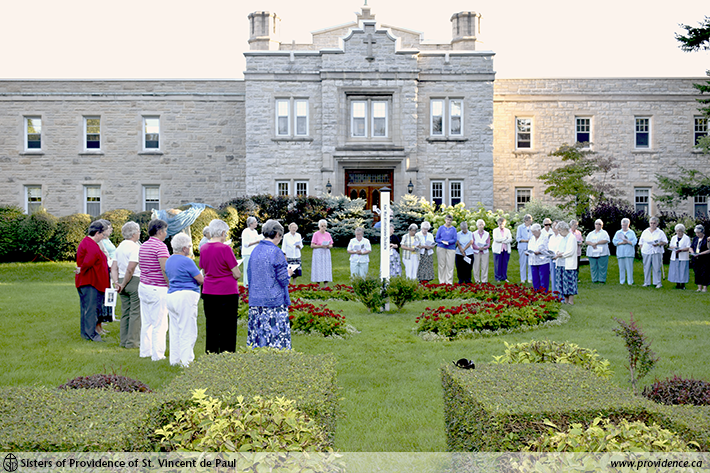 The stages of consciousness – 2nd Tier

However, there is a second tier stage of consciousness. It is called the Integral Kosmocentric Tier. The flow is not always linear but can include variations, as well.  Paradox and ambiguity are accepted as signs of maturity. One is able to hold and appreciate the complexity – the “both-and” – for wholeness and integration.

When we enter the space between and among the stages, we seek a new way forward that weaves the various values into new possibilities to achieve a common good without the intention to convert, impose or engage with blame and shame. Here justice widens our vision and engages us in a new consciousness.  Can we reconcile the different world views and ask open-ended, generative challenging questions in language to generate the imaginative response which can move us together to do the work of justice? Is Providence inviting us to do justice from an integral second tier Kosmocentric consciousness? If so, what might it look like? What are the challenges for me personally and the Women of Providence in Collaboration as a whole?

These are the questions that we attempted to answer in our chat rooms. Some feedback that stayed with me was: Lean into truth and beauty, and goodness will prevail; we are enriched by the folks we interact with; don’t judge ourselves and others; aging is a justice issue; the challenge is to get more articulate in what we believe and be able to respond at other levels than our own; share in language that doesn’t alienate.

The afternoon was devoted to our commitment to Contemplation. This will help keep us in Tier 2. Contemplation, as you know, is a non-discursive form of prayer. It is simply resting in God’s love in that deep spaciousness within us where mystery dwells. It is a surrender to the fullness of the now. Evelyn Underhill, a famous WWI mystic, says, “It is our birthright – a gift given to everyone.” Over time it awakens us to our stages of consciousness and we become aware of our biases, assumptions, beliefs and world views. Our True Self has a desire to think and act differently, from the heart. We begin to see Divine Mystery EVERYWHERE. This in itself is a witness to radical hope. Bonnie Fitzgerald, O. Carm says, “There is no escape from the world we have built,” but through radical hope resulting from our exercise of contemplative prayer we know we will get through this. Such prayer brings a paradoxical new vision as we yield unconditionally to God’s future. Providence IS calling us from that future. The needs are so many. Justice is so needed. As we are lured in the loving, caring flow of Providence we freely choose the future by working IN the present but not FOR the present. We trust in a time which lies beyond our time. It is a messy place with all the different world views. Yet, it is the place where justice and radical hope meet as we radiate spiritual energy from our contemplative stance and become Icons of Hope for Justice.

Such was the challenge given to us. Collective sacred energy from the daily discipline of contemplation imagines new possibilities for our world and all its needs.

All in all, it was a wonderful experience of superb collaboration. Many might not have been able to join in person but thanks to modern-day technology we had just under 300 participants actively involved.