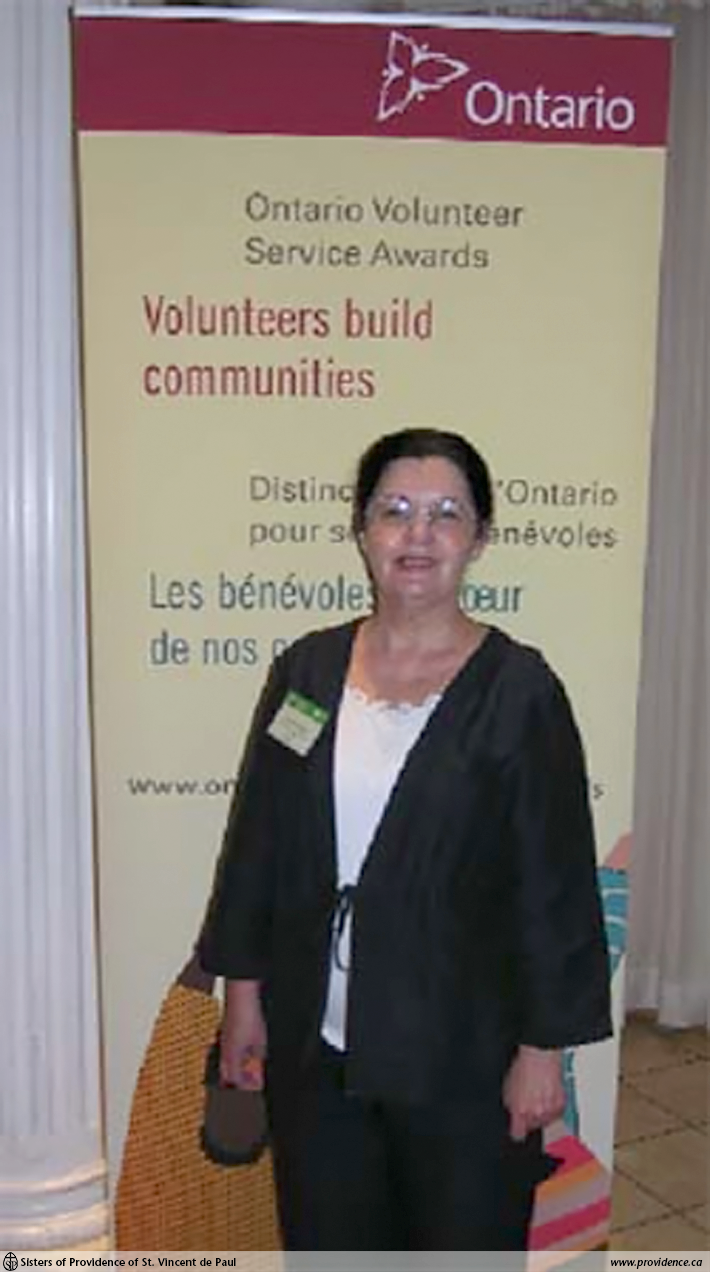 Sr. Joanne Colligan receives an award for her work with the Toronto Centre for Addiction and Mental Health also known as CAMH.

Sister of Providence Joanne Colligan has received a prestigious award for her work with the Centre for Addiction and Mental Health in Toronto.

On June 17, 2009, Sister Joanne Colligan was invited to a gala celebration at the Arcadian Court in downtown Toronto by the Honourable Michael Chan, minister of the Honours and Awards Secretariat for Ontario at the request of Ontario Premier Dalton McGuinty. At this gala, Sister Joanne received an Ontario Volunteer Service Award.

Sister was nominated because of her unique and invaluable contribution in the area of addiction and mental health as witnessed by her fourteen years of service at the Centre for Addiction and Mental Health in the city of Toronto.

The Honourable Margarett Best, minister of Health Promotion and Safety was also present to congratulate Sister on this remarkable achievement.

The award presentation was followed by a luncheon with the above mentioned Ministers and fellow award winners. The theme for the evening was written and posted in large letters: Volunteers build Communities

“Ontario has been for me, as the song says so well:

A place to Stand, a place to Grow!
Ontari-ari-ario,” remarked Sr. Joanne.