Inter-Congregational Vocation Committee met on March 10, 2009. At this meeting the Committee members worked on the suggestions presented at the last Archdiocesan Joint Vocation Committee meeting. We developed a number of intercessions for vocations that can be used on Vocation Sunday in the parishes. It was suggested that an intention for vocations be included every Sunday. These were sent to the parishes by the Archbishop.
We also revised a Prayer for Vocations that had been used in the diocese in the past. The committee members produced a list of ideas for the homilies on Vocation Sunday.

Sister Maria Chinchay renewed her vows on March 8, 2009 until December 13, 2010 in a simple ceremony in the parish church. 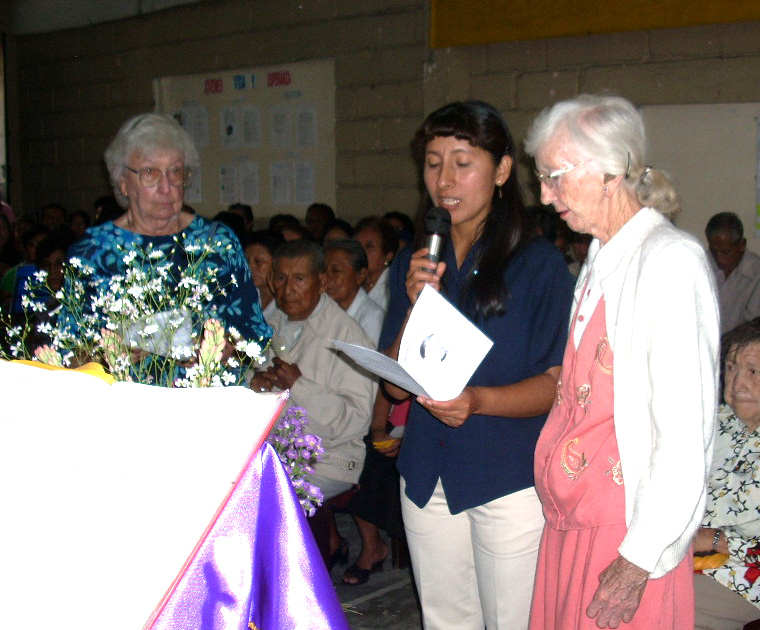 Sisters Dianne McNamara and Monica Whalen attend the Women of Providence V/F/L Conference hosted by the Sisters of Providence of the Mother Joseph Province in Spokane from March 11 – 15, 2009.

“Why did Nuns wear long black dresses?” This was just one of the many questions posed by students at Mother Teresa Elementary School during Career Day held May 7.
The answer: In the 1800’s and early 1900’s, Sisters’ habits developed out of the dress of the ordinary people of the day. Students in grades three to eight at the west end Kingston school invited Sisters Monica Whalen and Lucy Kearney to talk about career paths. Other guests included a newspaper editor, a funeral director, a physician and a hair stylist.

Both Sisters have spent years in the classroom.

Sister Monica worked as an Educational Assistant with a background in early childhood education, and Sr. Lucy worked as both a classroom teacher and principal at schools throughout Southeastern Ontario.
The Sisters talked about the fact that everyone is called by their Baptism to live in different ways such as a parent in marriage, a single person, a Sister or Priest. Sr. Lucy explained to students the difference between vocation and career, describing vocation as a calling from within.

Students were especially interested in how the Sisters help the poor today through their ministries in Kingston, Southern Ontario, Western Canada, Peru and previously in Northern Ontario, Montreal and Guatemala. In return, students shared their stories of helping the poor by donating to the food bank and Christmas hampers.
The young students enjoyed the dolls on display from the Archives. The four figures illustrated how the habit changed throughout the years. 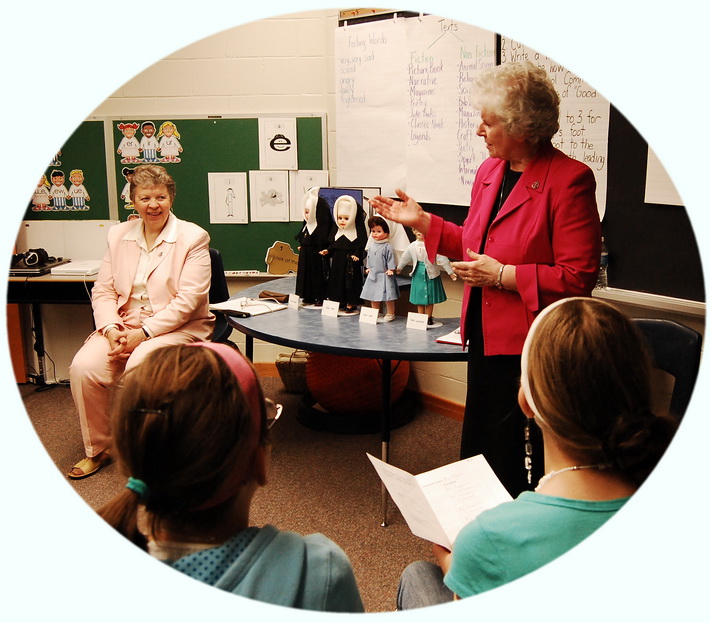 Representatives of Religious Congregations of Eastern Ontario met at the Motherhouse on April 24, 2009 to pursue the idea of a Roundtable on Vocation Culture. Representatives from Ottawa, Peterborough, Toronto and Kingston attended. Sister Helen Russell, csj from Peterborough and Sister Monica Whalen co-chaired the meeting. The next meeting is scheduled for September 21, 2009 at the Motherhouse. 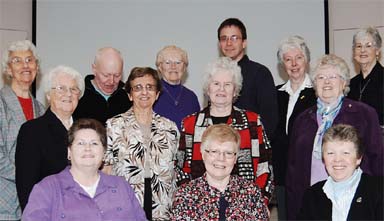 On May 28th a meeting of the Archdiocesan Joint Vocation Committee was held at the Motherhouse to discuss ways to promote a vocation culture in the Archdiocese.