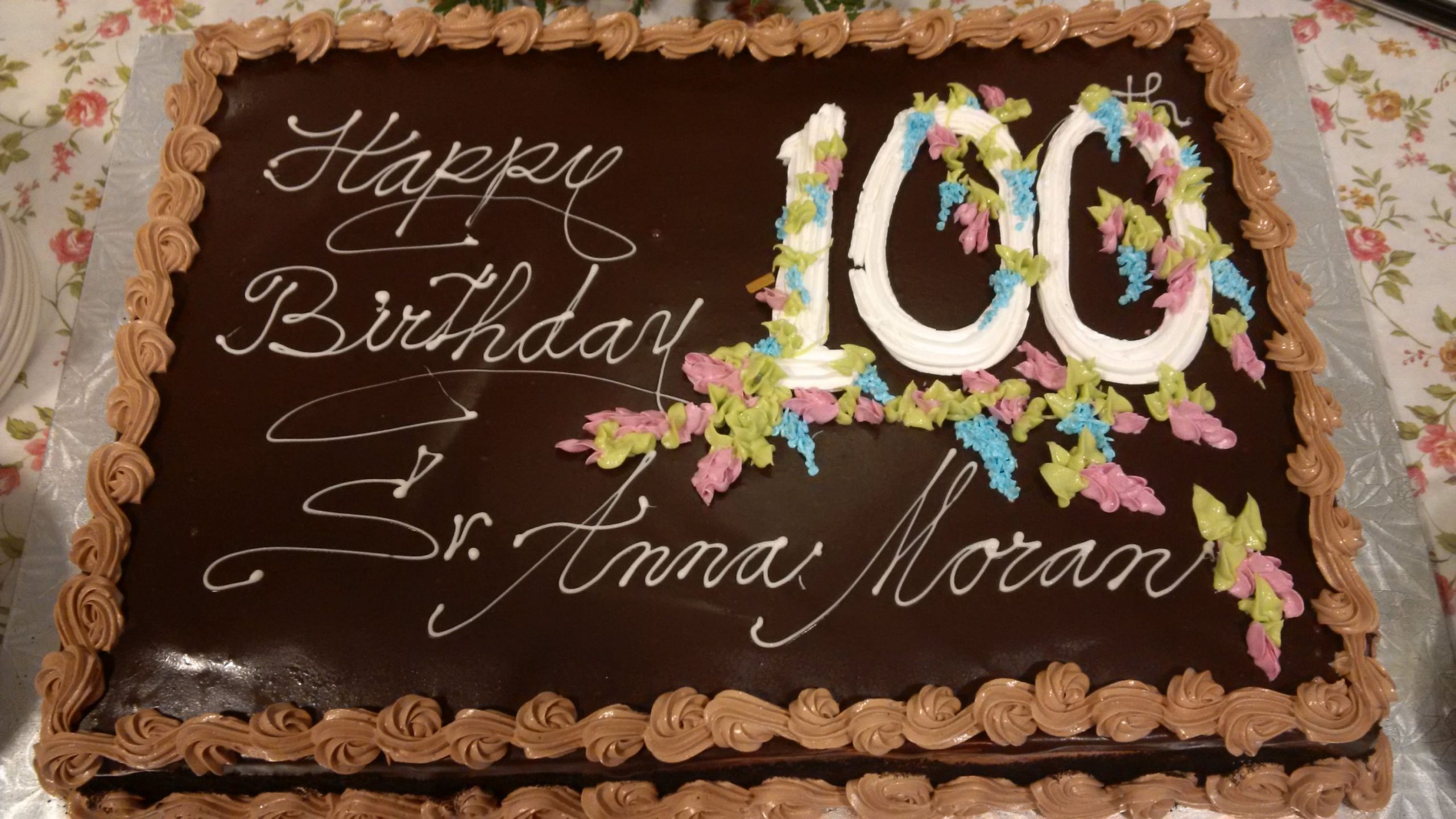 Since I am now one hundred years old, and still sturdy and strong
You, my life companions, might like to listen with me to the words of my song
And discover in them the secret of my weathering times hard and rough
And of standing now before you still sturdy and tough

“Just write it all down” said Sandra to me
“Let us all know what real hardship can be”
So to work I went, day after day after day
But no hardship stood out, along the whole way
No difficult women, no work beyond strength

It was on August the 15th, 1933, when Heathfield’s front door first opened to me
To invite me to look over what the SPs had prepared
For any woman, young or old, who dared
To offer her life to help care for the poor, the elderly, and such
Who of the good of this world possessed not much
Day by day passed until two years had gone by
twas, what I learned during that time that fastened my faith on the road I have taken
and for eighty-three years, no matter the direction of events I’m still on the way

Rugged and rough were those early years,
But today I stand before you, without regret or tears
Firmly believing that it was God Himself who pushed me in with the help of Bill Coe
A young man in Trenton who professed to know where the Holy Spirit wished me to go
And so, through the years, I have survived many women who not slightly resembled my mother
Yet who were to lead me down a road none other,
Than the one God had drilled into my soul, to guide me safely on to the end of my goal

And I remember…
1933 when Heathfield was no more than a limestone bog
With courage and patience the SPs moved on
Until now, in 2016, that most of that bog has gone
But it is not about our land, you sisters wanted to hear,
but about the hardships that must have brought many a tear

No matter how long my memory rests on these years,
I have no recollection of anything causing my tears
Every occasion seems directly chosen to be
One more block of the pavement, to lead me onward, toward my goal of loving God
I’ve had no regrets since I came through the front doors,
and never a worry that my home would be poor,
for I had survived the Depression of the early 20th century
and I pray God, not again would allow such to be
for the poverty I professed has been ever enough for me, as I
watched my dear sisters struggling to be
faithful Daughters of Providence, ever serving the poor,
whom they meet on the street, or who arrived at our door

I cannot recall a woman who did not do her very best,
To accomplish the interests of the community
Methods of discipline, they learned from books written by men (priests)
until the sisters could afford to study psychology it remained so
But gradually, rules lightened, until now we live in a woman’s world

One episode remains in my mind, it is of my very first mission,
and my superior’s first time in authority.
She thought it was her duty to care for me, a young sister, body and soul
Two years of such control, made me wonder whether I could endure it for a lifetime.
The next year I was moved.  And that was the end of my torture.
Years later, one day, I had dropped in at Heathfield for a visit,
as I travelled to a new place of mission.  I was reading the news
from the bulletin board, when I heard my name called.  It was
an old sister in a wheelchair, who said “Sister, come here.” I
went to speak to her and discovered my first superior.  She said
“Sister, will you give me a kiss.”  I kissed her

She said “Sister, I never see you without recalling the awful way
I used to treat you when we were on mission together, and I’m
sorry.”  I hear a loud puff, and with it, every memory I had of
that mission was gone.  I never felt that way against her again.

As I look back today, over the road we have travelled, I recall
leadership team after leadership team, trying to discover God’s
will.  I did not always agree, but I let them know.  But today,
look at the direction we have gone.  All three religious
communities of women in the archdiocese of Kingston, under
one roof, living in peace and harmony.

Whatever the future entails, it has to be good.  I imagine our
three foundresses shaking their heads in agreement, and
smiling in unison with us.  May no one of us put obstacles in
God’s path.  Sisters, I am sorry that my memory has become so
bad that I cannot tell you about our struggles.  But I have
believed in God’s providence since early childhood, and now in
old age, know that God’s providence is looking after us, and will
continue to do so in aeternum. 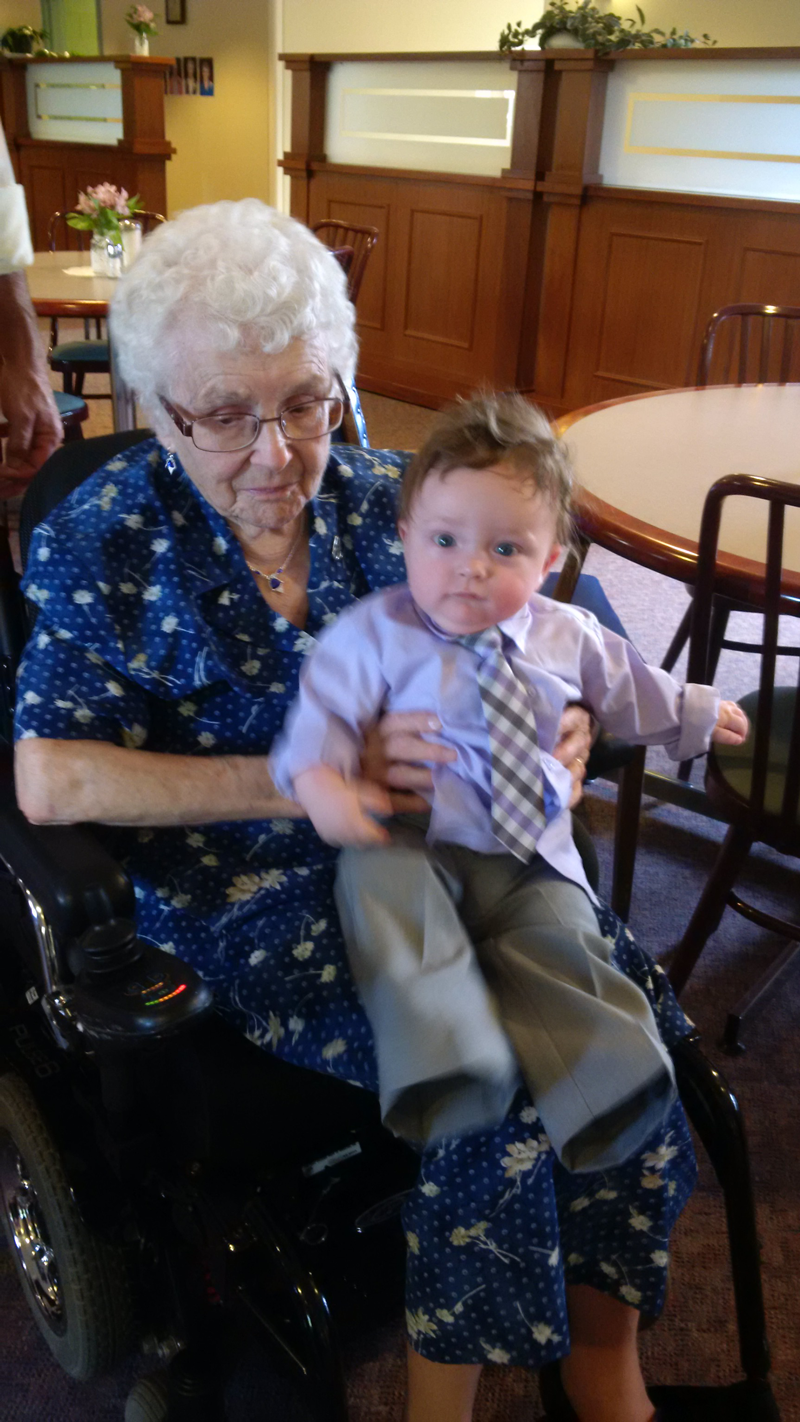