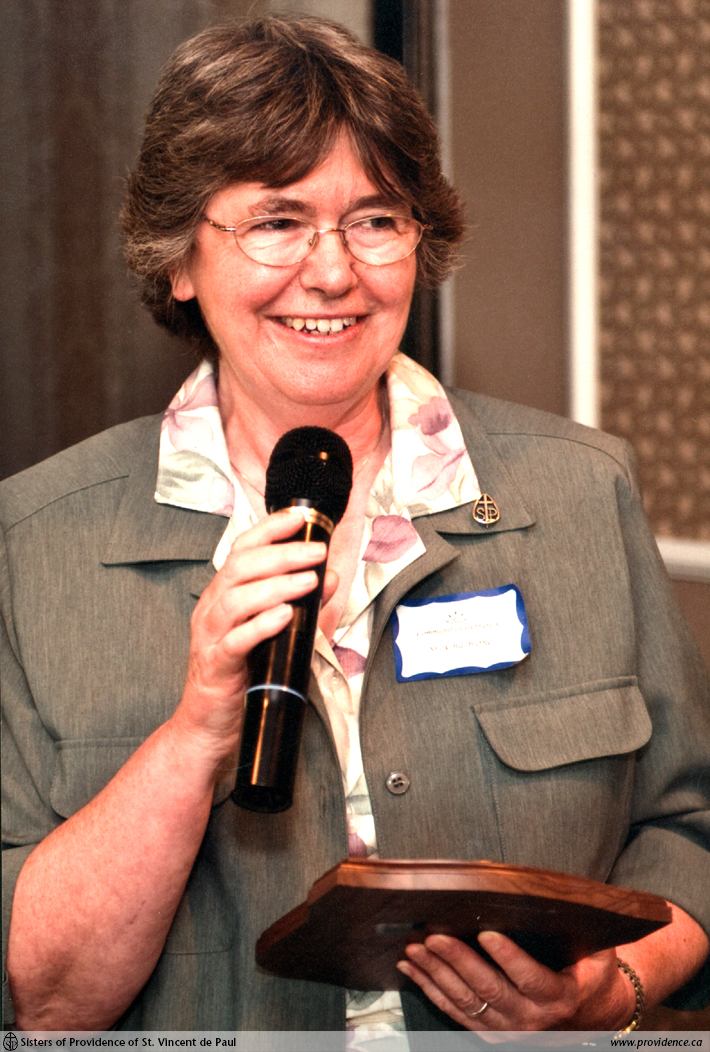 The Sisters of Providence of St. Vincent de Paul were selected from among a group of nominees to be honoured with the Davies Award for Philanthropic Leadership.

This award is granted annually by University Hospitals Kingston Foundation (UHKF) on behalf of Kingston’s hospital foundations, to an individual or organization for outstanding philanthropic leadership benefiting Kingston’s health sciences centre and the provision of healthcare for the people of Kingston and southeastern Ontario.

The Sisters of Providence of St. Vincent de Paul and the Religious Hospitallers of St. Joseph were the co-recipients of the organizational award this year.

The award was presented as part of the UHKF Annual Community Celebration held on Wednesday, June 11, 2008 at the Harbour Restaurant (Portsmouth Olympic Harbour).

Sisters Una Byrne and Sheila Langton were the representatives of our congregation at the event.

Sister Una Byrne received the Award on behalf of the Sisters of Providence of St. Vincent de Paul.