The Sisters of Providence have a long history of opening their home to others and this year is no exception.

Major renovations are underway at Providence Motherhouse before the congregation welcomes some new Sisters to live among them. Twenty five Sisters from two religious congregations in Kingston will move into 1200 Princess Street this year. Although there is space, some physical modifications will be made to meet the needs of the new residents including an additional nursing station. Currently, 51 Sisters of Providence live at 1200 Princess, the remaining 43 members live elsewhere in Kingston, and in other Ontario cities, also in Alberta, British Columbia and Peru.

This year marks the end of an era for Sisters from Notre Dame (CND) and Hotel Dieu (RHSJ). The CND’s will close their current home on Wright Crescent and the Hotel Dieu Sisters move from their regional home in Amherstview but five Sisters will remain at their other congregational residence on Johnson Street.
It will be a difficult transition, but they feel blessed and thankful for the invitation to move into another religious home.

“We are very grateful to the Sisters of Providence for opening their home to us,” says CND Sister Pat Arsenault.

The Kingston CND’s currently reside at their Wright Crescent home, and the Hotel Dieu Sisters live at their regional home in Amherstview. Not all will move to the Motherhouse, some will be relocated to apartments and others to retirement homes.

“We will remain a close religious community despite being located in different locations. Our Sisters are very accepting and peaceful at this time. We have been talking freely and openly for the past three years,” says Sister Pat.

Talking about the future is also important for the RHSJ Sisters. Each Monday night for the past year, the community met to share information. Sister Patricia Cuddihy admits the adjustment will be difficult for some.

“Two of our French speaking Sisters will move to our Motherhouse in Montreal. They arrived in Kingston only five years ago from Windsor, so uprooting again so soon will be tough,” says Sr. Patricia. There are five RHSJ Sisters aged 90 and older making the move to Princess Street.

Sister of Providence Leadership Team member, Sister Una Byrne, helped steer ‘Project Hospitality’, a term coined by General Superior Sr. Sandra Shannon. The initial request to share space came five years ago.
“It was Providence calling. We were approached at a time when our last Chapter asked us to examine our properties,”?says Sr. Una. “It seemed that God was saying OK, you wanted to do this. Let’s go!”

In the years leading up, former General Superior Sr. Pauline Lally interviewed every Sister living at 1200 Princess Street to gauge reaction. One common theme emerged — ‘we respond to the needs of the time and we have always been committed to caring for the elderly’.

Providence Motherhouse is known for its quiet surroundings, but it could get a little noisy over the next few months. Renovations will create an extra nursing station on the first floor, second floor bedrooms will be retrofitted with individual washrooms and community gathering rooms will be created for each congregation.

The project should be completed on schedule with new Sisters arriving in September 2012.

“We did get off to a bit of slow start with tendering the project, but we’ll make up for lost time during the construction phases,” says Motherhouse Administrator Brent McIntyre.

A transitional group with members from the three communities has been meeting regularly to sort out logistics and to help mitigate emotional stress. Motherhouse Nursing Director Amy Litchfield has been visiting with the new residents to assess their health needs.

“Many of us were taught by the CND’s and cared for by the Hotel Dieu nurses,” says Sr. Una. “And we share similar Charisms. Opening our home, as we did 150 years ago, is our way of continuing our Mission of caring for the elderly bycontinuing to adapt to the needs of our times.”

“We are very grateful to the Sisters of Providence for opening their home to us.” 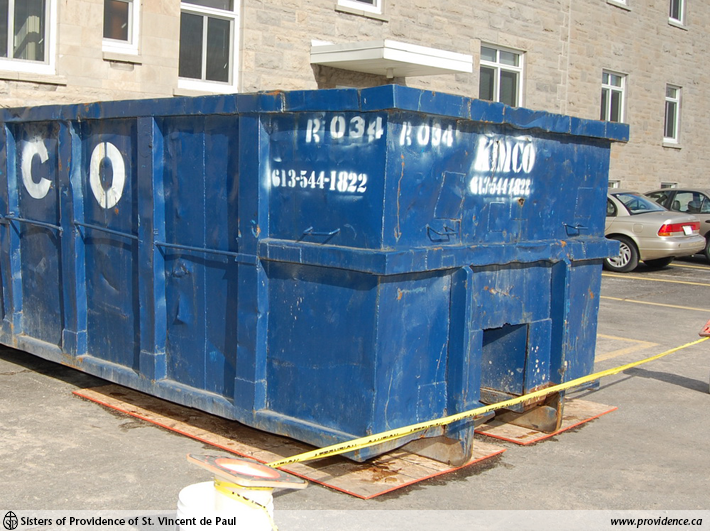 Renovations are underway by Cupido Construction. 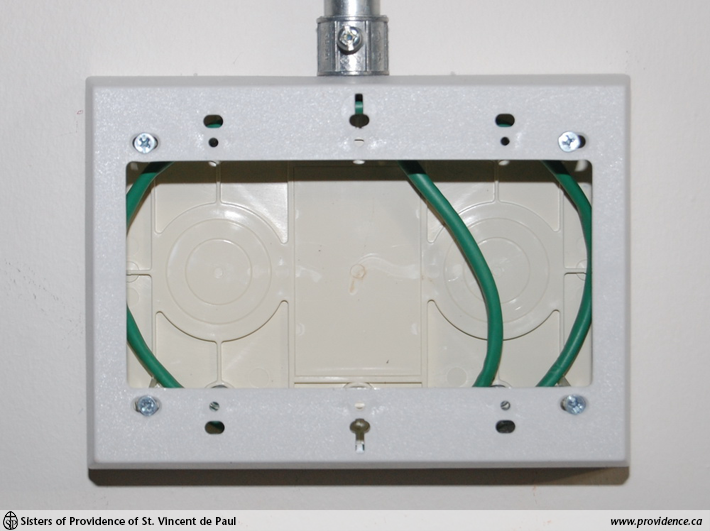 Nursing call bells were installed in each room on Gamelin floor. 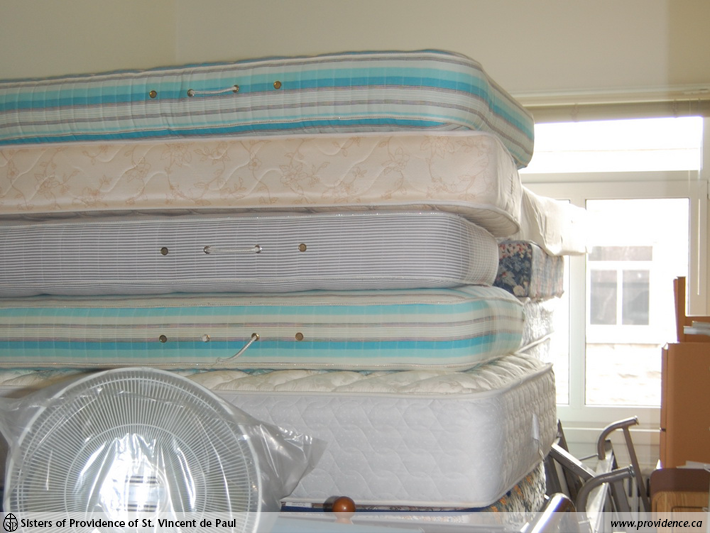 Some rooms are being used for storage during the construction.