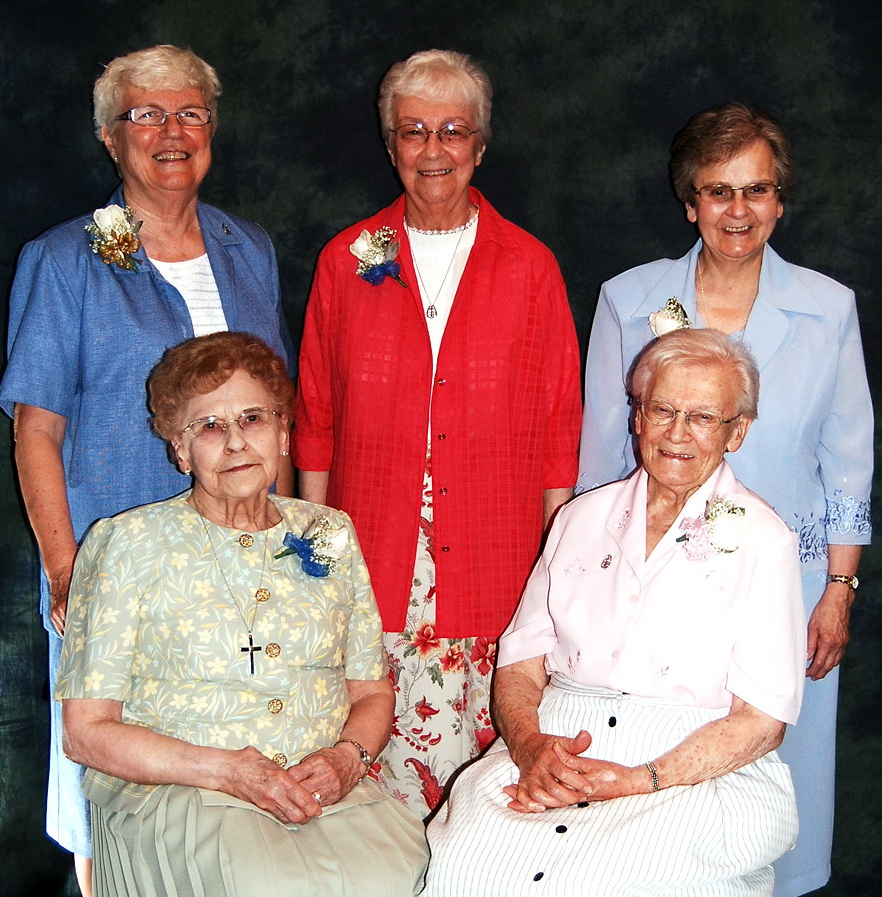 Sister Rita Dimberline entered religious life 70 years ago — a time when bread was about 8 cents a loaf and the annual salary was $1,850. There have been many changes in the world and the church since then. Sr. Rita and four other Sisters of Providence of St. Vincent de Paul celebrated Jubilee anniversaries as women religious during a ceremony on Saturday, June 13th among family and friends.

The five celebrants have amassed a remarkable 300 years of combined ministry that includes social justice, teaching and nursing.

In her address to Jubilarians, Sr. Una Byrne referred to the parable of the five wise maidens from the Gospel of Matthew.

“What better image for our five wise women celebrating this weekend. Have they not over the years kept their lamps burning, ready for the bidegroom each time he needed them and ready now to celebrate with Him!” said Sr. Una. “We thank you for answering God’s call, for having oil in your lamps, for entrusting your lives to us, your sisters, and living out our common mission over those many years.”

Speaking on behalf of the celebrants, Sr. Rita Dimberline summed up her feelings in one word..”Wow.” She went on to say Jubilee is a time not only for looking back, but to look forward to all that will be.

“Today evokes different feelings, awe and gratitute at what we have accomplished and we realize we were never alone. Our hearts are filled with thanks,” said Sr. Rita.

“For half a millenium, these women have sought to empower others, especially the needy. Their call began at their baptism and they have come to know the love affair God has with humanity,” said Father McDonald.

In loving memory, Sisters paid special tribute to deceased members of the congregation who would have been celebrating among them. In a bitter sweet co-incidence, the day marked not only the anniversary of the death of beloved former Superior General Joan Whittingham, but also her 50th Jubilee Anniversary.

Jubilee Celebrations, a new display featuring past Jubilee gifts received by Sisters, can be viewed in the Heritage Room at Providence Motherhouse.