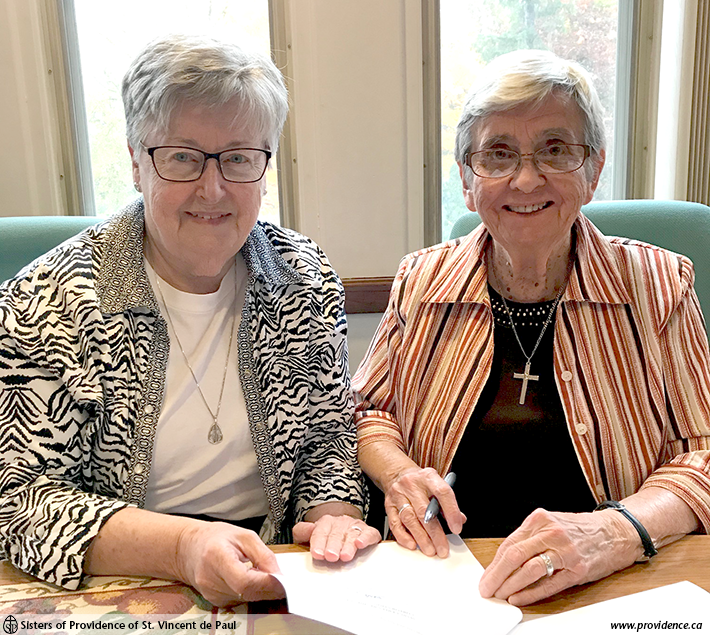 The Sisters of Providence have always helped the most vulnerable in our communities by addressing the needs of the times. The St. Vincent de Paul Hospital, which had in the past been leased to Brockville General Hospital, found new purpose in a plan to fill an unmet need in the Brockville area. Once Brockville General Hospital had vacated the building, the land and building were transferred to the Marguerita Residence Corporation for use as affordable housing for seniors. A ceremony was held outdoors at the St. Vincent de Paul Hospital site on December 11, 2020 where several dignitaries were present including Brockville General Hospital President Nick Vlacholias, Bruce Hynes, Chairman of the Marguerita Residence Corporation, Ahmed Hussen, federal Minister of Families, Children and Social Development, and MPP Steve Clark, Ontario’s housing minister. Sister Sandra Shannon, General Superior, spoke to the group on behalf of the Sisters of Providence.

This day, the day the Sisters of Providence of St. Vincent de Paul officially sever our ties to St. Vincent de Paul Hospital has long been coming as we came to Brockville in 1887 to establish our first “hospital”, a house on Schofield Hill. The Pine and Garden Street building opened in 1892 as St. Vincent de Paul Hospital. Over the years we not only served the sick in mind, body and spirit but also taught nurses in RN and Certified Nursing Assistant programs. I believe the Sisters instilled in their staff and students the ethic of service to the vulnerable in an attitude of humility, simplicity and charity.

If we personify the St. Vincent’s building as a woman, she has been a “good old girl.” She has seen the birth of countless Brockvillians; experienced the joys and sadnesses of life; celebrated life’s passages of young and old and the transition of many from this life to the next. During all its years of activity, a Spirit, both tangible and deeply felt existed between her walls. The staff always had an inner joy, unexplained, but evident in their service to others.

In 2006, Brockville General Hospital leased the building and continued the ministry of healthcare between her walls.

But now, the “old girl” is tired and needs to be put to rest herself. We, Sisters of Providence of St. Vincent de Paul are more than pleased that the holy ground on which St. Vincent de Paul Hospital stands will see the creation of apartment buildings for seniors, a vulnerable population of today. These buildings will, like a Phoenix, rise from the ashes.

So in a different way, but a meaningful way, the transfer of building and property of St. Vincent de Paul Hospital to the Marguerita Residence Corporation ensures that a vulnerable population of the people of Brockville will continue to be cared for. We have seen to the continuation of our original mission. 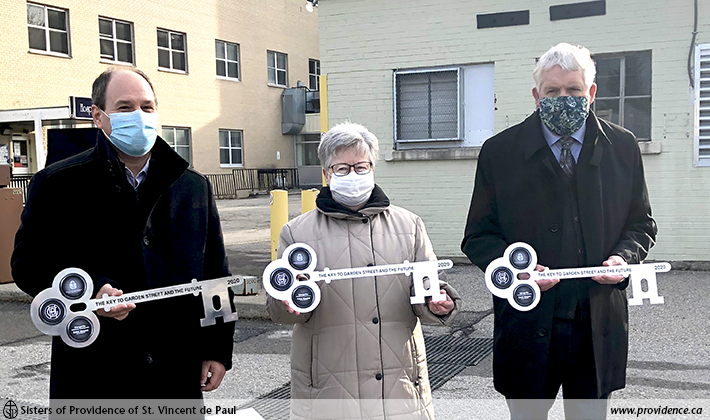