Breaking ground in a historic way

The first groundbreaking occurred on July 2, 1931, when Archbishop Spratt broke ground for the construction of the Motherhouse. The Congregational annals recorded the event:

All the Mothers went out to the farm this afternoon, for His Excellency, the Archbishop, is to turn the first sod for the new building. He had not much time for ceremony for a great storm came in a few minutes which put an end to the prayers. They then adjourned to [Heathfield Villa] where they spent a pleasant hour or two. It was nearly 9 o’clock when the Assistants reached home.

The next groundbreaking took place on March 30, 1953 to start the construction of the Marian Wing. The Archbishop was unable to attend, so Fr. Rowell, the Motherhouse chaplin, took his place.

In the Archives we have a lighthearted photograph of the event: 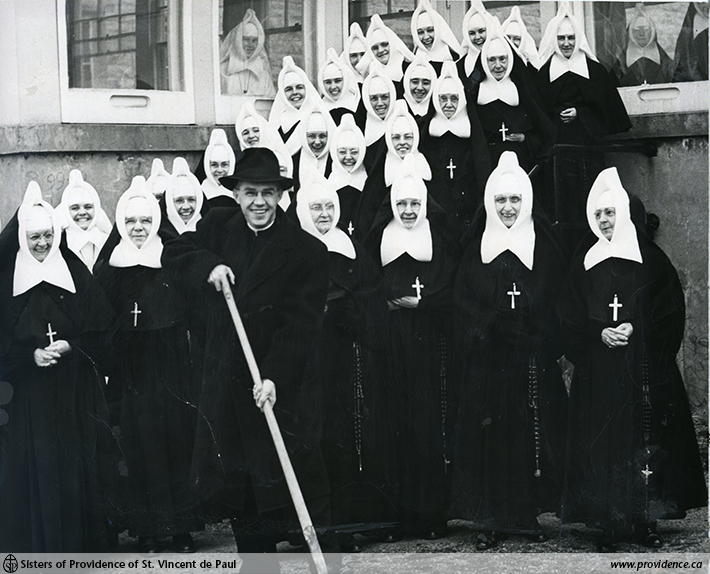 In 1964 construction began on a large addition project that included the administration wing, the kitchen, laundry & boiler room wing, the extension of the Marian Wing, and the extension of the wing that now houses the Spirituality Centre.  The groundbreaking took place on June 15, 1963, in what is now the courtyard between the auditorium and the administration wing. The event was described in the congregational annals:

“In connection with the observance of our two diamond jubilations, two golden, and five silver anniversaries, we had a short ceremony of the “turning of the sod” on the new wing. His Grace Archbishop O’Sullivan presided. In the presence of a large number of priests and Sisters, His Grace turned the first sod.” 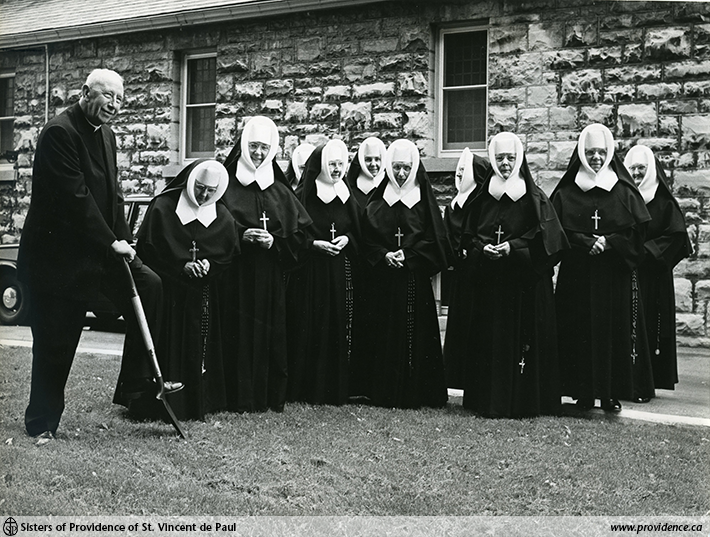