From private students that paid for missions to choirs and bands, Sisters taught them all 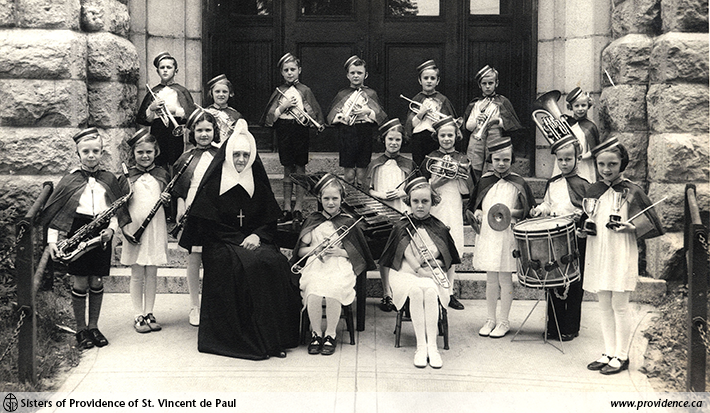 Teaching music was not without its challenges. In the 1920s in Arnprior, Sisters Mary Gerard and Mary Carmel Teresa taught private students in the front lobby of Sacred Heart Convent at two pianos that stood side by side. They counted out loud to help their students concentrate while the nine other Sisters in residence passed by them on their way in and out. In another case, in her early days teaching music, Sister Mary Carmel Rose wrote out music for her students as music books were not provided and there was no particular curriculum to follow.

The music teachers offered more than just piano lessons. They conducted bands, taught singing, piano, violin, guitar and more. The various convent studios were known for their musical recitals. In the June 1922 issue of the Guardian magazine, Jessie Keith of Trenton describes a recital given by Sr. Mary Germain and the music students of St. Peter’s Convent Trenton in which she both sang and danced: “The Cantata ‘Wildwood Flowers’ was a grand number and received enthusiastic applause…We may thank our kind teacher Sister M. Germain who composed the Cantata and trained us to sing it with such success.”

The Sisters were known for the bands and orchestras they led. On May 23, 1930, the music students of St. John’s Convent Gananoque put on a ‘Musicale’ which included a Convent Orchestra and the first appearance of the Harmonica Band.

As the Congregation gradually withdrew from teaching in schools, the music teachers continued to teach private students and be involved with parish music ministry. In Picton, for example, while the last Sister taught in the separate school in 1978, a Sister continued teaching music at St. Gregory’s Convent until 1997. Music is still being taught today by Sister Rita Gleeson in Edmonton and Sister Marie Dundon in Kingston. 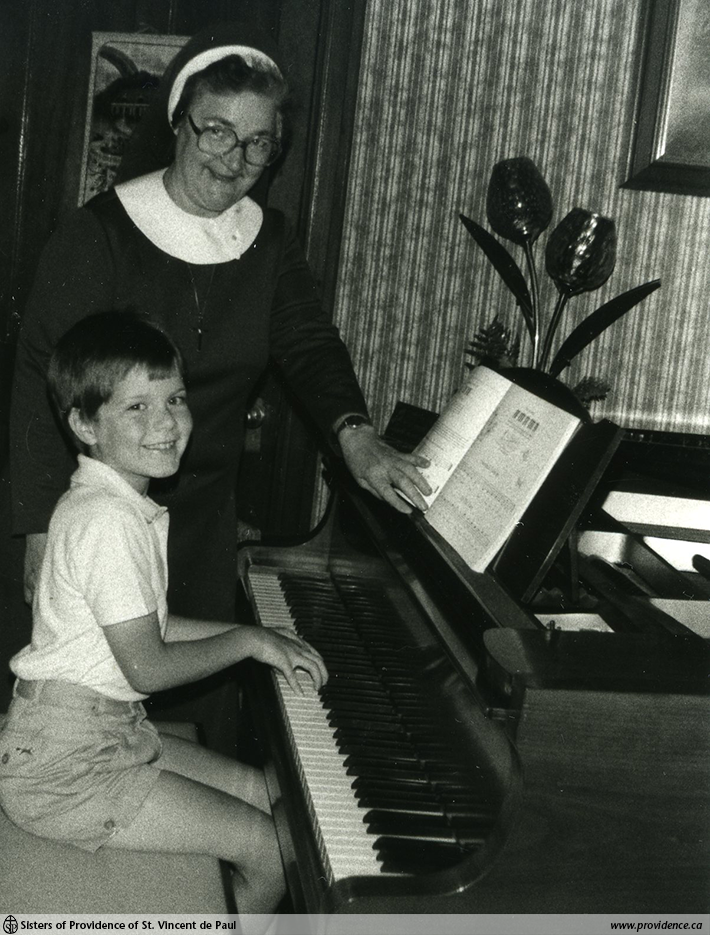 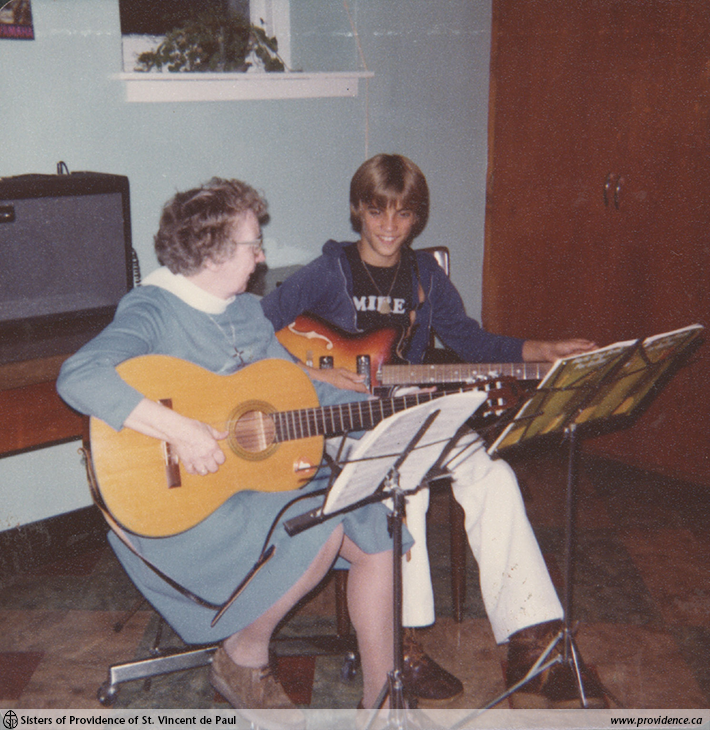