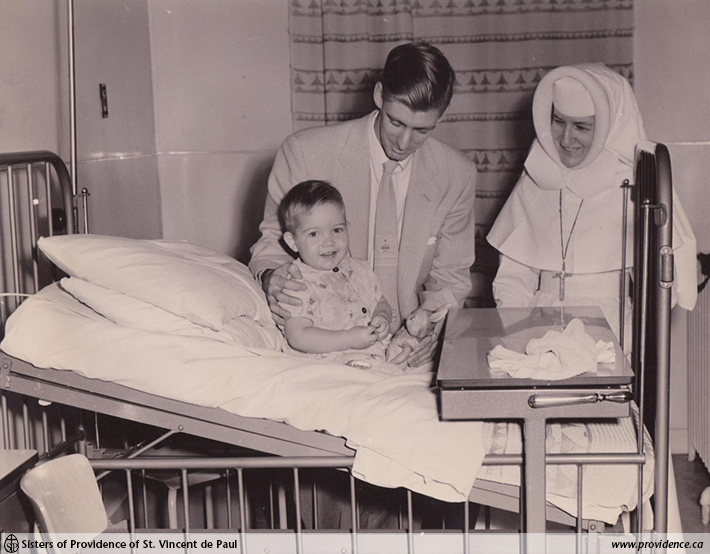 Mr. Greg Humbert of the Catholic Health Association of Canada is compiling information which documents the legacy and contribution of Catholic hospitals to healthcare in Canada. He hopes to publish an English and a French book of the gathered material, and to create a CD-ROM version of the material.

Sister Gayle and Danielle researched the history and foundations of the hospitals operated by the Sisters of Providence of St. Vincent de Paul and prepared a package of materials for Mr. Humbert which included, in addition to historical facts, anecdotes, photographs, souvenir books, pamphlets and lists of administrators of the hospitals and the dates they served.

This is the second such project by Mr. Humbert in which Sr. Gayle has participated. In 2003 Mr. Humbert produced A Compendium of the Catholic Health Association of Canada on CD-ROM. This compendium provides up-to-date statistical information on all Catholic hospitals and nursing homes. A copy of this compendium is on file in the Archives.