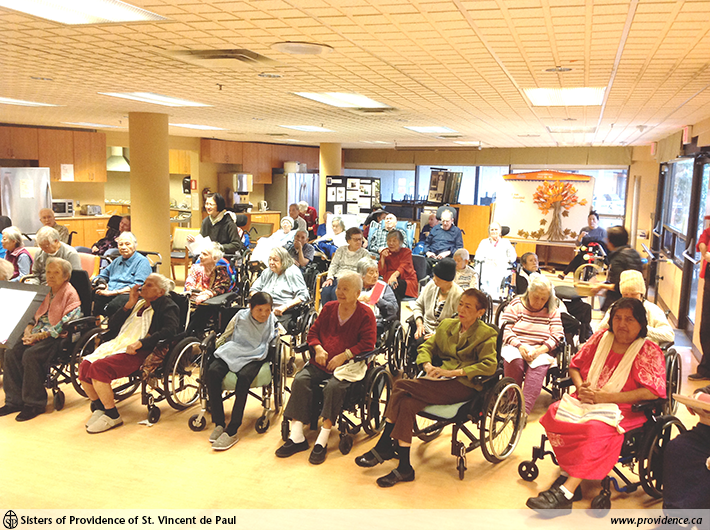 2017 was the 70th anniversary of the founding of Holy Family Hospital. The three founding Sisters, Sr. Mary Dolorosa (Sr. Rose Bekar), Sr. Mary Catherine Dooley and Sr. Mary Ita (Sr. Hannah Coleman), arrived in Vancouver in April 1947. The new hospital for the chronically ill was to be located in an old house on three acres in the Fraserview area of Vancouver. By the time the hospital officially opened in October 1947, there were twelve aged women patients at Holy Family Hospital and this number soon increased to the maximum of eighteen. The original house served as a hospital and residence for the Sisters for five years before a purpose built hospital was opened in March 1954.

Every few years the Sisters of Providence Archives receives requests from Holy Family Hospital in an effort to keep the connection to the Sisters alive for both staff and patients. In October 2017, I was happy to fulfill a request for information and prayer cards about Catherine McKinley to be used at an event celebrating the hospital’s founders. Catherine McKinley is considered to be the foundress of the Sisters of Providence of St. Vincent de Paul as she was the first Sister to enter the new congregation in 1862 and was appointed the first General Superior in 1866. She died in 1904.
Lucy Luongo, Coordinator of Mission Services of Holy Family Hospital writes the following about the hospital’s connection to the Sisters of Providence:

“Every November 21, Holy Family Hospital of Vancouver celebrates the life and legacy of Sister Catherine McKinley who founded the Sisters of Providence of St. Vincent de Paul. We are thankful for our Founding Sisters who provided compassionate, hands-on care towards the orphaned, the suffering, the dying and the aged. Seventy years later, we continue to provide caring compassion to all in our care.”

As archivist, I always appreciate seeing the history of the Sisters of Providence remembered and celebrated and am always happy to help in any way I can. 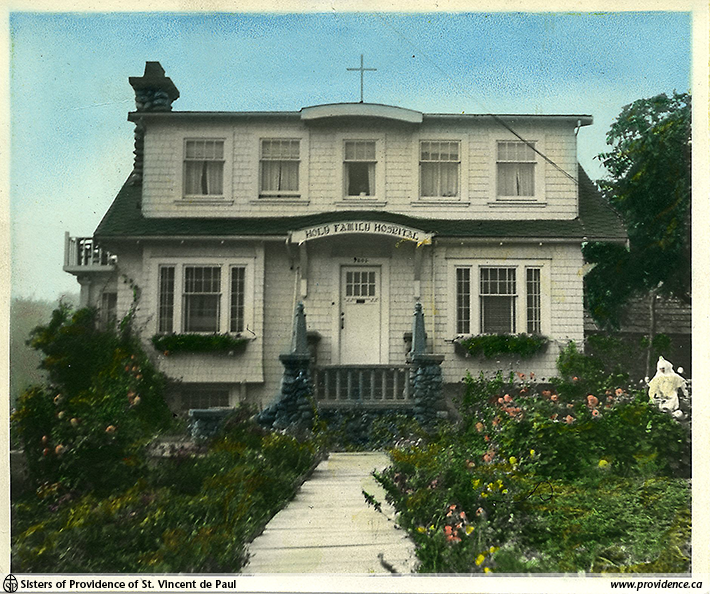 Holy Family Hospital opened in this house in 1947 and moved into a brand new hospital building on the property in 1954. The original house served as a residence for the Sisters until 2005 and was torn down in 2012.