Maryvale Abbey, then and now 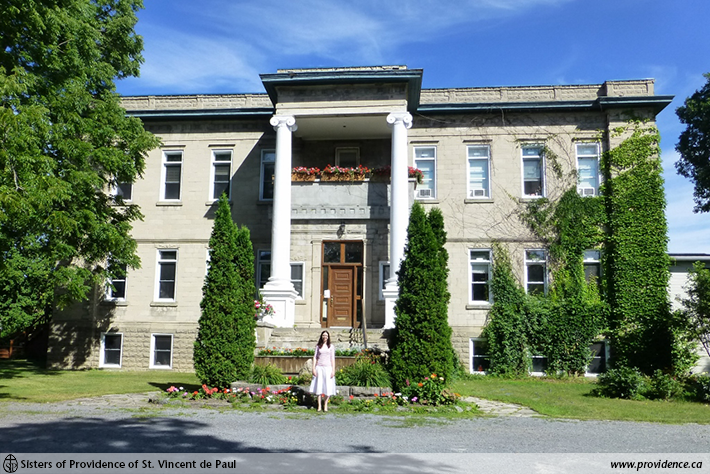 This July I immersed myself in the Sisters’ past, researching and writing the history of the Sisters of Providence as teachers at St. Margaret’s School and Maryvale Abbey in Glen Nevis, Ontario. Around that same time my husband and I decided to go to the Glengarry Highland Games in Maxville and stay the night in the area. I soon realized we could conveniently stay at Maryvale Abbey, which is now a bed and breakfast called the Abbey Inn. In my job as Providence archivist, I spend so much time focused on the Sisters’ history that I love seeing the actual places they lived and served.

At the eleventh hour we booked the last available room and soon we were on our way to stay at the inn. (I’m in the photo in front of the building.) The current owners have done a lot of restoration work and I enjoyed seeing the Great Room, which was originally the chapel, and eating breakfast in what was once the school’s refectory. Things have changed in the 66 years since the Sisters of Providence left the abbey, but it was really special to walk up the steps of the building I’ve seen in so many photographs, and to spend a night in the place I’ve read so much about.

The Sisters of Providence of St. Vincent de Paul arrived in Glen Nevis on September 2, 1912. They had been asked to take over the new St. Margaret’s Separate School and to establish a high school in Glen Nevis. When they first arrived, the sexton’s house became their temporary convent and classes were held in the parish hall. A few boarders lived in the temporary convent with them. 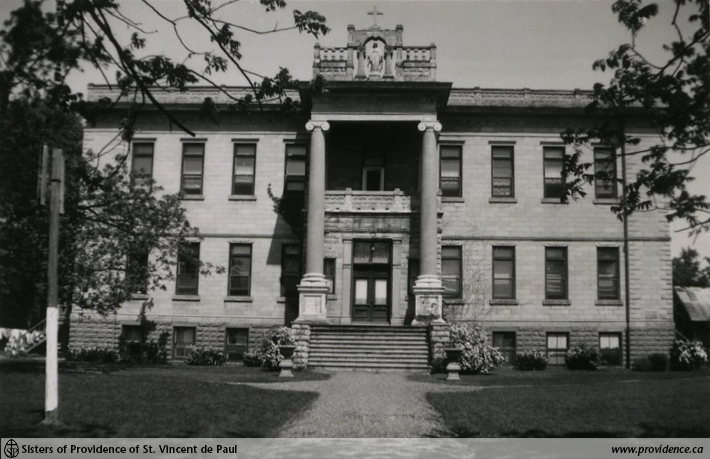 Construction of St. Margaret’s school began in October 1912 and the building opened in January 1913. Once the elementary school was built, plans for the high school and convent were soon underway. The cornerstone of Maryvale Abbey was laid on June 22, 1913. The boarders and Sisters moved into the completed basement of Maryvale Abbey in November 1913, while the rest of the building was still under construction. Maryvale Abbey officially opened on June 10, 1914 as a convent for the Sisters, home for the boarders and school for the boarding and day students. During the school year of 1913-1914, enrolment increased and more Sisters were sent to staff the Abbey, including a newly appointed Mistress of Boarders.

Maryvale Abbey was not only a high school for students in the area, but also educated many Sisters of Providence. After a Sister had made first profession she was often sent to Maryvale Abbey to finish her high school education before being sent on to Normal School for teacher training or to Nurses Training School.

Outdoor adventures, especially in the snowy winters, seem to be a common memory of Maryvale Abbey. One such tale is a reminiscence by Sr. Mary Clarissa Whalen: “After an icy rain, I told Sr. Mary Lucy McNicholl that I would love to slide down the path of glare ice in the woods, on a bag of straw. Now Sister, whom I considered a very old nun (at the age of about 50) mentioned my idea to Archie, the faithful caretaker, and he produced two bags of straw and hid them under a juniper at the edge of the woods. Sunday afternoon Sister and I made our way to the icy path and had a great time on our slippery slide. All the while, I was chuckling to myself at the thought of the “old” nun joining me in such an amusement.”

The Sisters of Providence withdrew from Glen Nevis in 1950 due to low student enrolment and the desire for bilingual education. The Sisters of the Holy Cross purchased Maryvale Abbey and ran it as a bilingual high school until it closed in 1965. The abbey then housed a nursing home and then a retirement home, before becoming an inn and centre for the arts in 2003. In all, 130 Sisters of Providence of St. Vincent de Paul lived, served or studied at Maryvale Abbey over the course of 38 years. 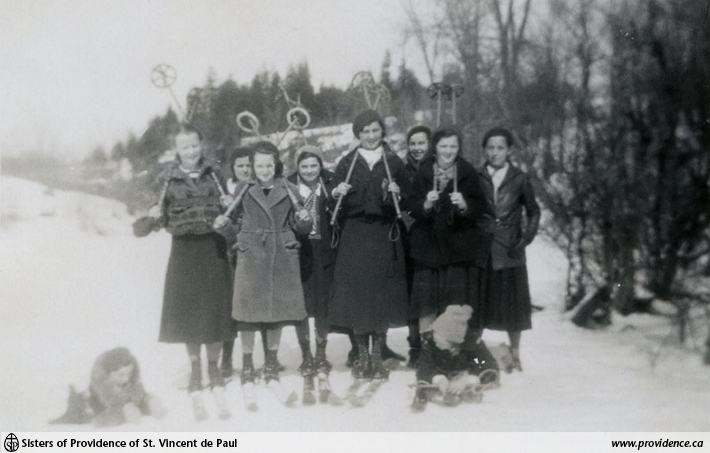