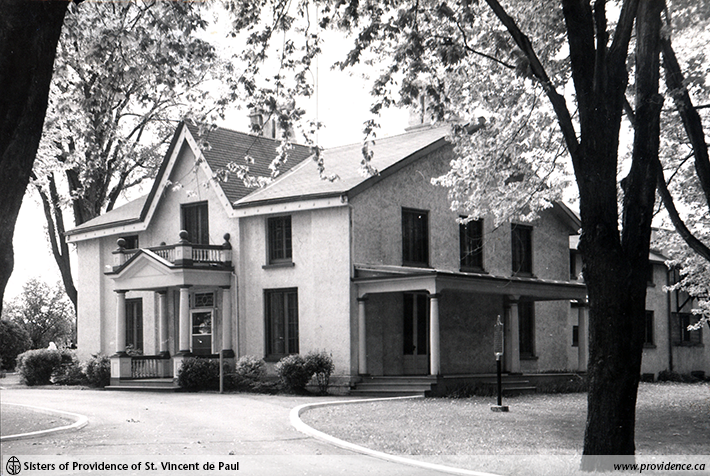 The Sisters of Providence of St. Vincent de Paul have had two motherhouses over the course of their history.

‘Motherhouse’ is the official administrative home of a religious congregation. The House of Providence, now Providence Manor, served as the congregation’s motherhouse from 1861 to 1932 when the motherhouse designation moved to the new Novitiate building at Heathfield on Princess Street.

In 1930 the Sisters of Providence purchased Heathfield, a 30 acre property at the western limits of Kingston, with the intention of building a Novitiate on the site. Heathfield Villa, the original house on the property, served as the temporary home of the novitiate from 1930 to 1932 while the Novitiate building was constructed. 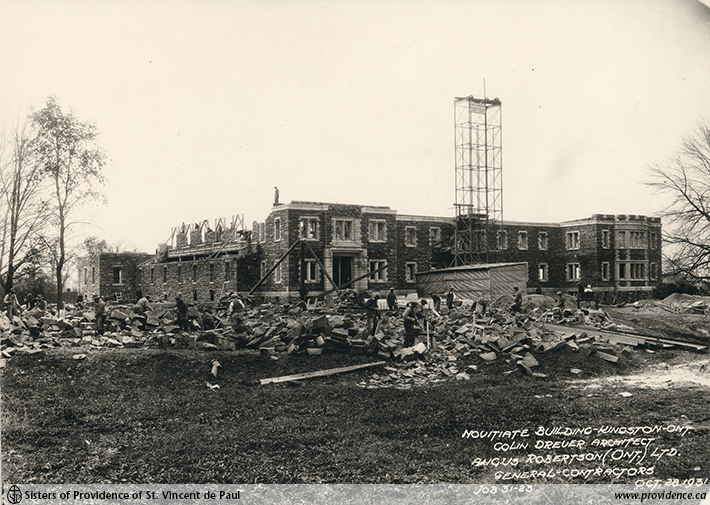 Canada’s first Prime Minister and the Sisters share a unique relationship in Kingston’s rich history – both resided at Heathfield Villa during different centuries.

The new Novitiate was blessed on June 13th, 1932 and Sisters moved in that day. The official opening of the building took place on July 6th, 1932. Shortly thereafter, on August 30th, the General Superior announced that the Administration of the community would move in early September from the House of Providence to the Novitiate building at Heathfield, subsequently known as Providence Motherhouse. 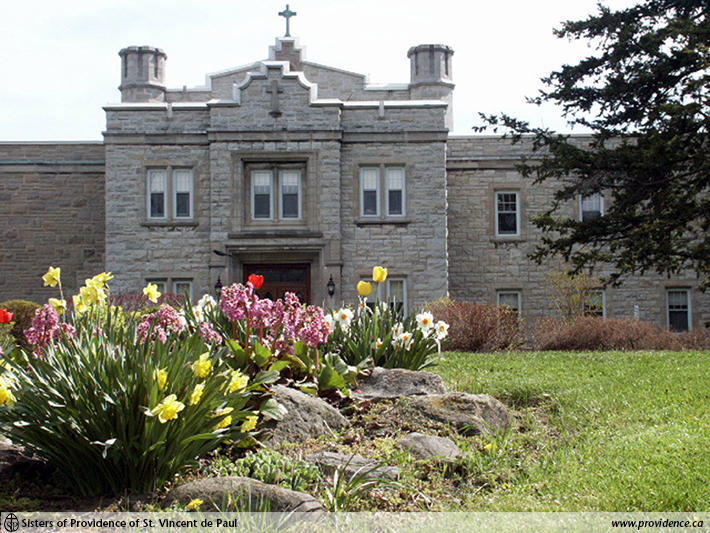 Providence Motherhouse has very successfully served as the congregation’s Motherhouse for 80 years.

The building has undergone many changes since 1932, beginning with the construction of the Marian wing in 1954. 1964 brought more drastic changes with the addition of the administration wing, the Novitiate wing (now used by the Providence Spirituality Centre), the boiler room, laundry, kitchen, and an addition to the Marian wing. In 1969 the Chapel of Mary Mother of Compassion was added. In 1998-1999 the Motherhouse underwent major renovations, including the complete refurbishment of the Marian wing and the move of the Providence Spirituality Centre to its current location.

2012 brings more exciting changes to this 80 year old building, in the form of Project Hospitality.