From the Annals of the Sisters of Providence of St. Vincent de Paul’s mission in El Progreso, Lima, Peru. 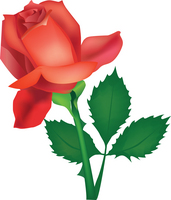 The celebration of Mothers’ Day provided an opportunity for another and impressive and beautiful liturgy. Before Mass, Padre Juan placed three red roses on a table in front of the altar. One rose was placed in a delicate vase, one in Peruvian pottery, and the third in a tin can. It was interesting to hear the varied comments as the people entered the chapel, discovered the roses, and then sat down to discuss the “possibilities” with their neighbours, and await the answer in the dialogue of the Mass.

To our amazement, the reflection brought many new insights, things we had not even thought about. One dear, old lady talked about the rose that was in bud. To her, this represented a senorita’s youth and purity. The second rose reminded her of the fullness of womanhood, with all its joys and sufferings. The third flower in full bloom, was compared to a mother who as given birth to many children and now is in the autumn of life.

A mother of eight children shared her thoughts. To her, the rose in full bloom represented old age when a mother knows that death is approaching. The senora explained that a mother is not saddened by this thought of death because she knows that her seed will live on in her children and their children. She stressed the need of love and good example, in order that the seed could produce ‘good fruit’.

There are many interpretations, but possibly the most profound one came from a woman whose life has been one of exploitation and misery. The tin can represented for her the poverty of the barridas; the pottery represented the middle-class urbanization and the delicate vase symbolized the rich sector of Miraflores in Lima. The senora explained that in God’s sight all men are equal. To her, the dignity of woman was something so precious that environment could not change it, just as the tin can could change the fundamental beauty of the rose.

Before concluding the Mass, Padre Juan invited each mother to come forward and receive a rose, a remembrance of the special Mothers’ Day. Two older gentlemen of the congregation presented the roses as Juan blessed each woman individually, and gave her a warm ‘abrazo’.

As a looked up I noticed an elderly ‘campesino’ lady, dressed in the ancient costume of Peru, wending her way back to her seat. Her eyes were filled with tears, and she smiled at the beautiful rose held in her gnarled and work-worn hands. For this woman, and for many of the mothers of our barrio, this was the first time that tribute had been paid to their lives of sacrifice; that their right to dignity and love had been recognized publicly.