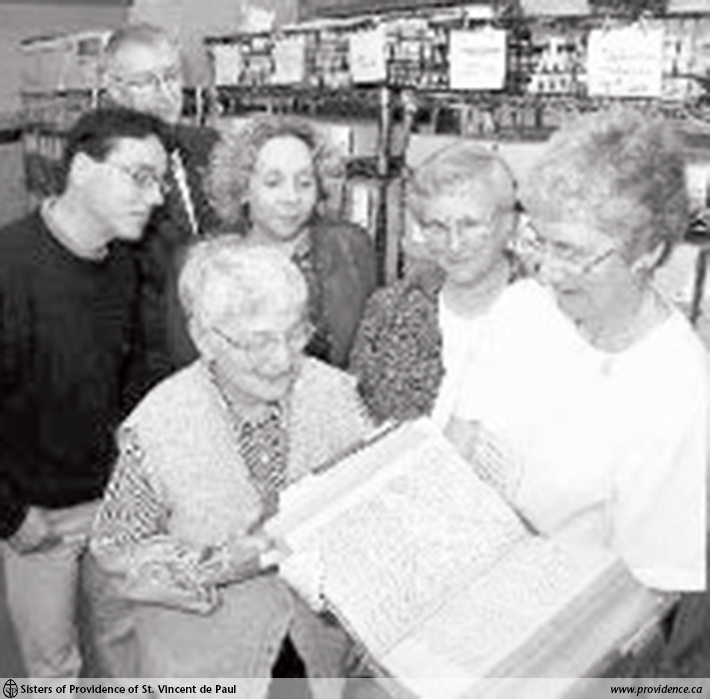 Religious archivists from across Canada gathered at Providence Spirituality Centre to discuss ongoing efforts to preserve a vital piece of Canadian history.

Too often the importance of preserving our past is overlooked until it is too late, noted keynote speaker Roy Bonisteel as he addressed the conference theme of Wisdom For Today And Tomorrow.

“Often it is not just lack of vision, it is sheer carelessness,” said Bonisteel. A writer, broadcaster and former host of CBC TV’s Man Alive, he donated his professional papers to the Queen’s University archives.

Bonisteel cited the loss of many of the CBC’s early television programs, including the first seasons of Man Alive which were erased because no one saw the importance of their preservation.

“What a sad thing it is to contemplate the things that have not been saved,” said Bonisteel. He also noted that there are no known recordings of well-known Canadian actor Lorne Greene reading newscasts during the Second World War, a time when he was known as CBC’s “Voice of Doom.”

“We have to help the younger generation be more aware of the link between our past and their future,” Bonisteel added. “We have to help them to see the beauty of saving things.” Bonisteel was speaking at the 20th annual forum for archivists of the Canadian Religious Conference of Ontario, approximately 70 professionals charged with overseeing the historical records of religious orders and dioceses. They gathered from Sept 24 to 27 at Heathfield, Providence Motherhouse, to discuss their unique place in the preservation of Canada’s history.

“People aren’t aware of the deep historical value of religious archives,” says Sister Gayle Desarmia, archivist for Kingston’s Sisters of Providence of St. Vincent de Paul and one of the event’s main organizers. “They think of us for genealogical research but they don’t realize we are part of a much bigger picture.”

“Religious groups have always been involved in Canadian society at the ground level,” adds Sister Gayle. “We had a big impact on education, health care and social issues, and in many ways our history is Canada’s history.”

Sister Sue Mosteller and Gabrielle Earnshaw discussed their work with the Henri Nouwen Archives at the University of Toronto’s St. Michael’s College. That collection documents the life and work of the internationally known theologian, psychologist, teacher and disabled rights activist who died in 1996.

Lynn Watson, Regis Steenhouse Inc., focused on the importance of insurance and preservation of archival material.

The event included a tour of Kingston’s historic downtown, visits to the archives of Queen’s University and the Anglican Diocese of Ontario, and dinner at historic Fort Henry.