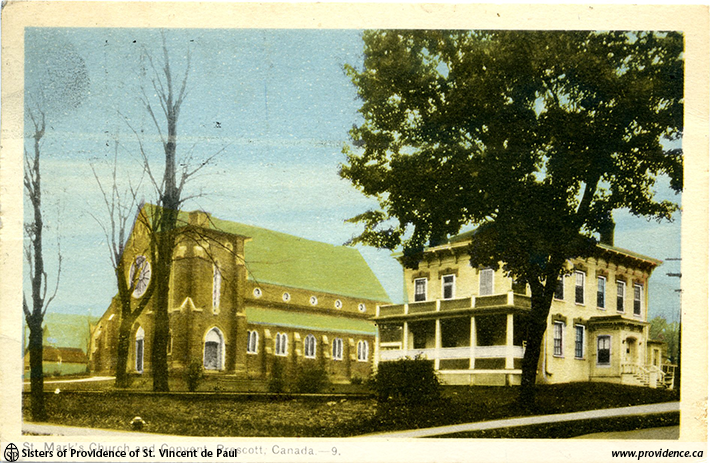 The Fall of 1918 was a tumultuous time around the world, in Ontario and for the Sisters of Providence. The First World War wasn’t over yet, but soldiers were starting to arrive home from Europe bringing with them an unwelcome guest – the Spanish Influenza. In Ontario alone, there were 300,000 cases of the flu and approximately 10,000 people died. The majority of those who died were previously healthy adults between the ages of 20 and 40.

The Sisters of Providence were directly affected by the influenza epidemic. Numerous Sisters were stricken by the flu, at least 25 at the House of Providence in Kingston alone, and one Sister died. The Sisters were also called on to nurse the ill, in the hospitals they ran across the country and through home-nursing where they were needed.

The worst wave of Influenza in Ontario was from mid-October to mid-November 1918. Many school boards closed schools and churches canceled masses. According to the annals of Maryvale Abbey in Glen Nevis, “Owing to the epidemic of Spanish Influenza through parts of the country it was deemed advisable by the school board to close the classes to day pupils [in mid-October]. The boarders continued their classes as usual.” In Glen Nevis, Maryvale Abbey reopened on November 11th and the elementary school reopened a week later. In Prescott, schools were closed on October 16th and didn’t reopen until November 11th. According to the annals of St. Mark’s Convent in Prescott “the churches as well as the schools are closed which makes the trial doubly hard without the consolations of Religion…The church was opened on Nov. 10th.”

Due to the shortage of doctors and nurses caused by the First World War and the sheer impact of the Influenza epidemic, those suffering from other illnesses were also in need of medical attention. According to the annals of the teaching mission in Prescott “in the evening of [October 16th], an urgent call came through … for Sisters to care for a Dr. Mulloy who was very ill with Pneumonia. Sister Superior explained that the Sisters here were not trained nurses, but he said that would not matter, as no one whatever could be got to care for the patient. Sister Superior and Sister Mary Ursula volunteered to go and accordingly left on the early morning train [to Morrisburg]! After living at Dr. Mulloy’s almost two weeks, they were asked to take charge of a very poor woman, ill with Pneumonia in a dirty and very miserable house. As Dr. Mulloy still required the attention of Sister Mary Ursula, Sister Superior took the case. It was truly a great work of charity as no one could be got to risk contracting the disease as well as endure the mortifications necessitated on such occasion.” At the same time as these two Sisters were away nursing three Sisters at the convent in Prescott became ill with Influenza, which meant that “Sister Mary Bernadine and Mary Pius were the only Sisters remaining [in Prescott] to care for the sick and perform domestic duties.”

Numerous Sisters suffered from the Spanish Influenza and, unfortunately, one Sister died of the disease. According to her necrology Sr. Mary Remigius (Catherine Egan) was “appointed to Arnprior Sept. 1st 1918. Little did the dear Sister dream that she was so soon to receive the reward of her labours. This was the year that the ‘Spanish Flu’ was to make such havoc among the people. It came to the school the last of September, both pupils and teachers were taken down. Sister had a very bad attack. Not improving, the Superior of the Convent thought better to bring her to the Mother House, which she did October 16th.” She died at the House of Providence (which was then the Motherhouse) on December 4th, 1918 in the prime of her life. She was 32 years old. 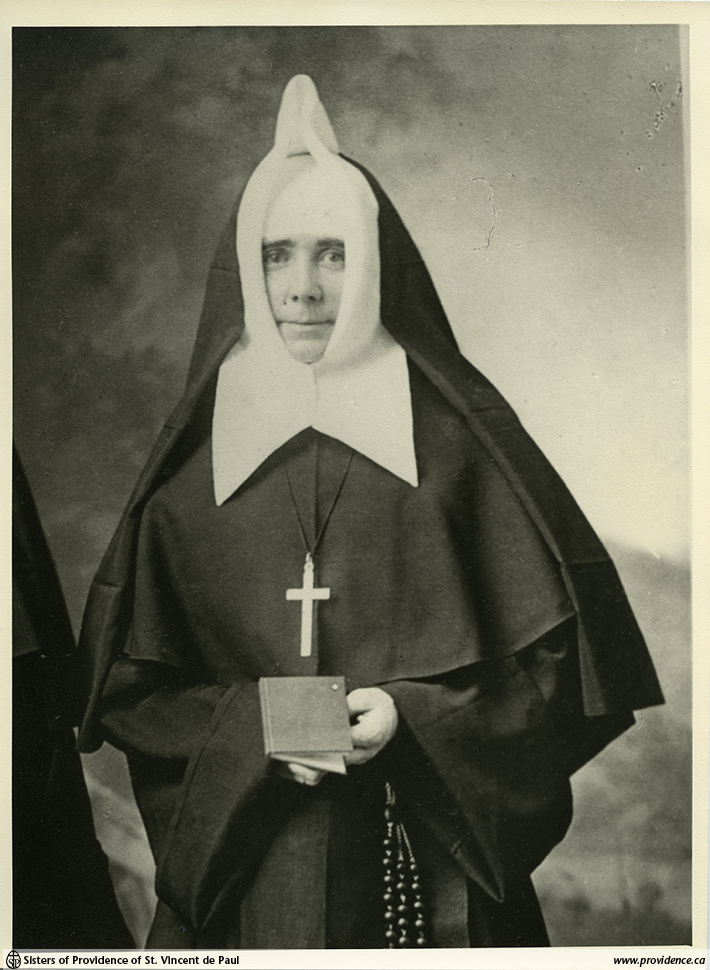