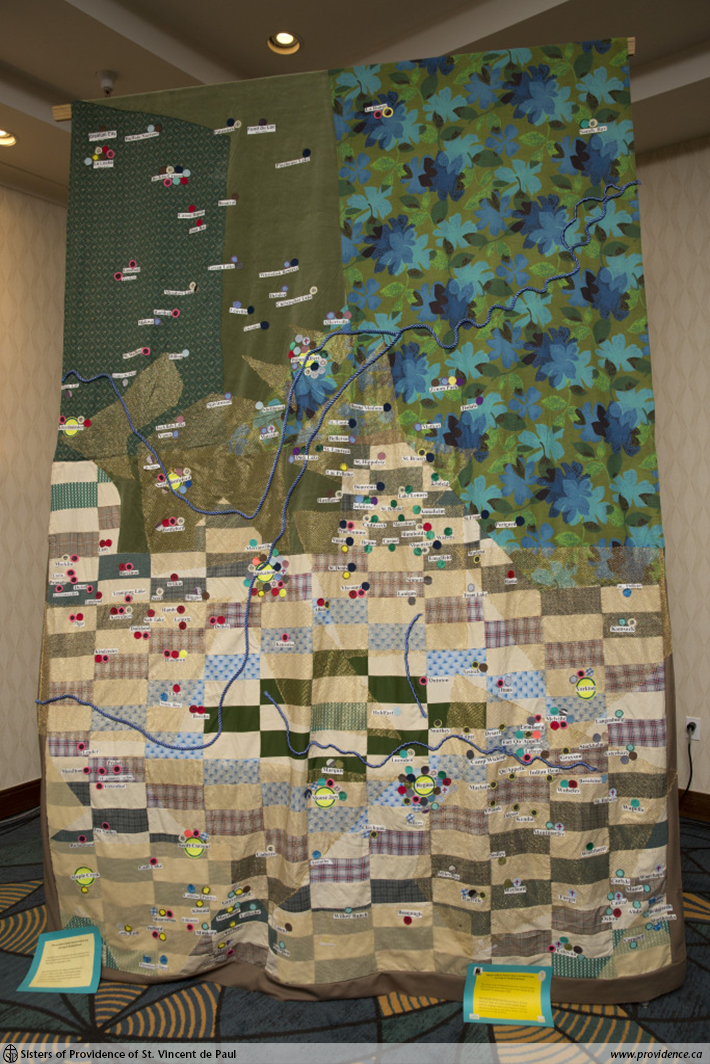 The Catholic Archivist Group conference was held in Saskatoon, Saskatchewan a week before the unveiling of the “Called to Serve” monument in Regina.

In light of that upcoming event, Sr. Teresita Kambeitz, OSU, gave a fantastic presentation at the conference about the history of the 61 congregations of women religious who have served in Saskatchewan since 1860. Sr. Teresita is a professor of religious education and a historian focused on Catholic women-religious history in Saskatchewan, and was a member of the project committee behind the commemoration and installation of the monument.

Throughout the conference, a map-like quilt of the province was on display. Created by Sister Sylvia Obrigewitsch, NDS, religious orders are represented by circles of fabric marking the locations of their service. It is a beautiful representation of the contributions of female religious orders in the province. The Sisters of Providence of St. Vincent de Paul are represented by a blue circle in Moose Jaw.

It was in 1912 when the Sisters of Providence stepped onto the map with the arrival of Sr. Mary Angel Guardian and Sr. Mary Camillus in Moose Jaw. They founded Providence Hospital and, in 1939, the congregation’s ministry in Moose Jaw expanded with the founding of St. Anthony’s Home.