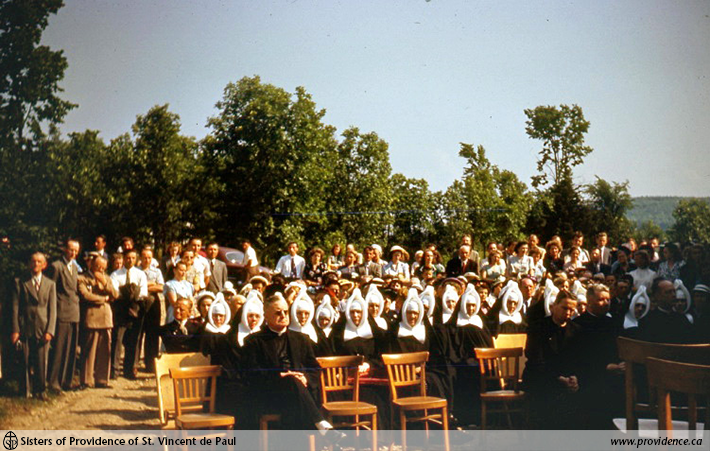 Did you know the Sisters of Providence of St. Vincent de Paul served in La Loche and Ile-a-la-Crosse, Saskatchewan? In Lancaster, Ontario? In Pincher Creek, Alberta? In Entebbe, Uganda? Over the course of their history, Sisters have served in six Canadian provinces and five countries.

The Archives is currently in the process of researching and writing histories of the Sisters’ service in the various locations where the Congregation had institutions and where individual Sisters served. These histories and accompanying photographs are being slowly added to the website. It is a large ongoing project. What has been completed so far couldn’t have been done without the assistance of Sr. Una Byrne. Sr. Una volunteered in the Archives every afternoon for a month from mid-February to mid-March. She very thoroughly researched and wrote the histories of nine mission locations. It was a joy to have her enthusiastic presence in the archives.

The list of locations where the Sisters have served is not as interesting as what they did there and the relationships they built with the local communities. In some locations, the Sisters opened and ran institutions and, in others, the Sisters served as teachers and engaged in parish ministry and catechetical work. In many of these locations they became integral to the Catholic community, be it through teaching music, parish work, teaching in the local Catholic school, nursing, etc. Since the 1980s, several Sisters have represented the Congregation through individual ministry in places such as Northern Manitoba, Uganda, and many others. The Congregation currently has a presence in Ontario, Alberta and Peru.

Here’s a taste of some of the stories and places that you will find online:

† The Sisters ran the Kermaria Retreat Centre and House of Prayer in Pincher Creek, Alberta from 1979 to 1991. According to Sr. Mary Alberta, their ministry in Pincher Creek started before the centre officially opened: “Pincher Creek is in the foothills of the Rocky Mountains – only 55 kilometres from Waterton National Park. That is ‘bear country’ and our first ministry was two days after our arrival – a young woman whose husband had just been killed by a grizzly bear came for some quiet time in our chapel.”

† In 1946 three sisters were sent to Batawa, Ontario to teach at the newly-founded Catholic school. For the first month the Sisters lived at the convent in Trenton and Father Dostol of Batawa picked them up each morning to drive to Batawa. This proved to be a bit dangerous as one snowy morning the car ended up on the frozen canal, though luckily no one was hurt! The Sisters moved into the rectory in Batawa in October when Father Dostol moved to the basement of the church.  They lived in the rectory until 1950, when a convent was built. The Sisters taught at the school and one Sister taught music, an important source of income for the mission. They served in Batawa until 1975. 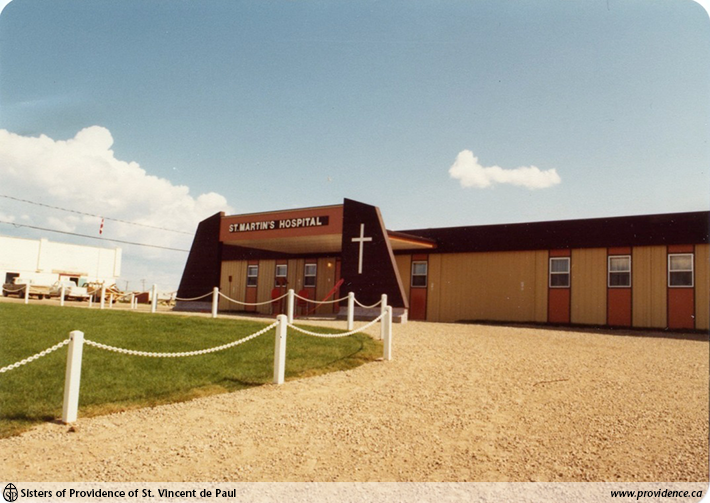 † Sister Angelica Dunn, accompanied by Sister Marie Dumont, served as interim administrator of two Northern Saskatchewan hospitals from April to September 1977 when the Catholic Health Council of Saskatchewan took over sponsorship of the hospitals. The Sisters lived at Ile–a-la-Crosse, where St. Joseph’s Hospital was located, and visited St. Martin’s Hospital in La Loche regularly. They enjoyed getting to know the Chipewyan (Anishinabeg), Cree and Métis in the area and considered it a joy to serve the church in the North. 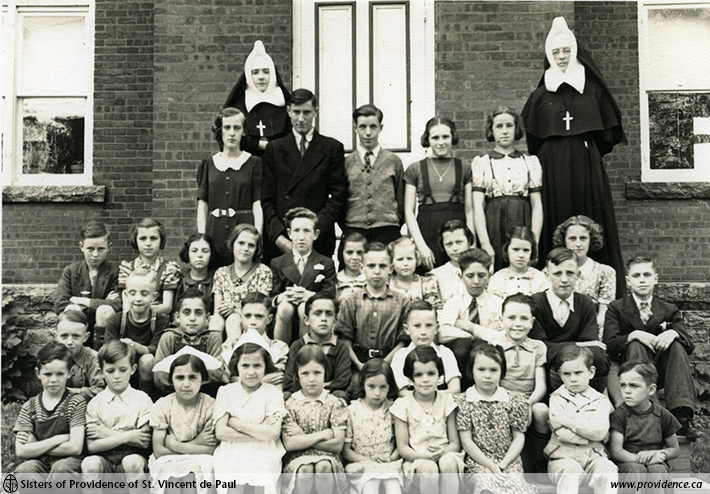 † The Sisters taught at St. Mary’s School in Chesterville, Ontario from 1907 to 1972.  During the flu epidemic in 1918, the Sisters took on more than teaching and went to the homes of the sick to take care of both the patients and the family. In one case one of the Sisters had to return to the convent as she herself caught the flu.

More histories will gradually be added to the Missions section over the next few months.