The story of the congregation, one life at a time

The history of the Sisters of Providence of St. Vincent de Paul has often been written about in terms of the missions, institutions and ministries of the congregation. The focus has been on the works of the whole instead of the individual; yet the whole would be nothing without the women who have served since 1861.

The archives and the communications department have been hard at work over the past few months to bring you a glimpse into the lives of the individual women who served as Sisters of Providence.  From the first member of the congregation to pass away, in 1870, to recent deaths, we are in the process of putting all the obituaries of deceased Sisters on the congregational website. Over half the obituaries are currently on the website now and the rest should be available by Christmas.

These are not typical obituaries. In fact, in the world of consecrated life, we refer to them as necrologies. These biographical sketches are usually written by the congregation’s General Secretary after the deceased Sister’s funeral. Some are long and full of anecdotes about the Sister in question, some are very short and others focus on illness and the end of life. You will find stories of adventure, piety, domesticity, obedience, hardship, hard work and fulfillment.

Here’s a taste of what you might find in the obituaries:

Sarah Byrne, known as Sr. Mary of the Sacred Heart, entered the congregation from Quebec in 1864 and “with the view then of becoming a humble and devoted servant of the poor, she broke asunder the tender links that bound her to home, bade a tearful adieu to her aged mother, relinquished the society of beloved sisters and brothers and came to Upper Canada, seeking a shrine where she might offer her young heart’s purest affections.”

Not all the obituaries are so flowery, and many contain personal anecdotes. Sr. Margaret Meraw, formerly Sr. Mary Laurena, was known for “her forthright good deeds. In Glen Nevis she once gave away all the dinner soup, and in Picton she deemed an elderly couple ‘to have as much right to turkey for Christmas as we have.’ In Trenton she not only fed a dirty young lad who came hungry to the door, she also washed him!”

Some obituaries are very frank about personality flaws: “To accomplish every work perfectly was [the] chief and only aim [of Sr. Mary Francis de Sales Candon]. To those not understanding her disposition and meaning, association with her was often irksome and difficult, but …they were often surprised to find under her dark or gloomy aspect, a heart of gold…” 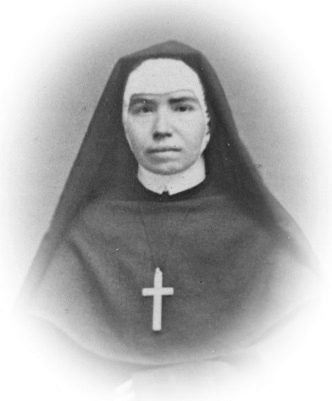 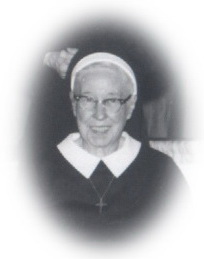 Some tell of difficulties in performing the assigned ministry: Sr. Mary Philip Murray, freshly out of the novitiate, “was given charge of the highest class in the parochial school [in Holyoke]…She had a large class of grown up boys. At first, she experienced great difficulty, being wholly unacquainted with the system of education and the text books in use there.”

Sr. Mary of Lourdes Poulin is a good example of the vow of obedience: “When at the age of seventy-five she was leaving the Mother House to take over the superiorship of the distant mission of Athabasca in northern Alberta, Mother Jean, Superior General remarked to her, ‘We are sorry to have to ask you to go so far away’; she replied cheerfully, ‘Well, I made a vow of obedience’.”

You can get a glimpse into the lives of the women who are the Sisters of Providence of St. Vincent de Paul by visiting www.providence.ca/obituaries