Time capsule located beneath a cornerstone at St. Mary’s of the Lake Hospital

For 50 years, a time capsule was buried beneath the cornerstone of a wing of St. Mary’s of the Lake Hospital in Kingston.

Until last week, that is. That’s when the stone was moved and a slim tarnished box was found. Originally shining copper, the box is now a mottled black and silver. It was a treasure – a time capsule — placed in 1956 when the hospital wing was built. The Sisters of Providence ran the hospital at that time and likely placed the box. Now, the hospital is part of Providence Care, who made an occasion of the opening, kindly invited the Sisters to participate, and included both the Motherhouse and Providence Care archivists and communications staff. The time capsule was given to the Sisters of Providence Archives for posterity. 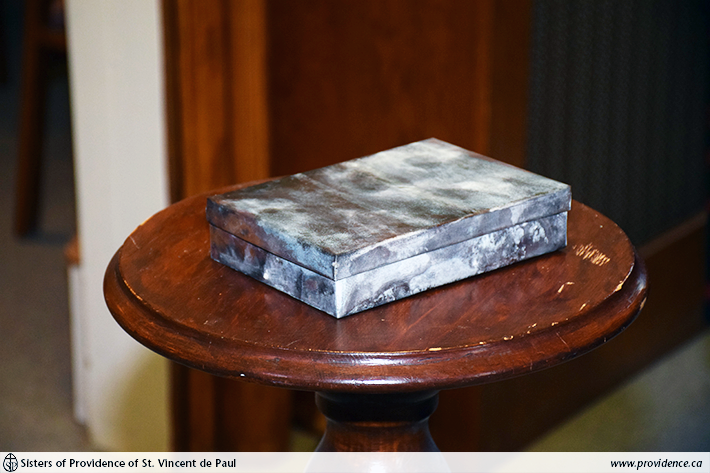 So what was in the box? 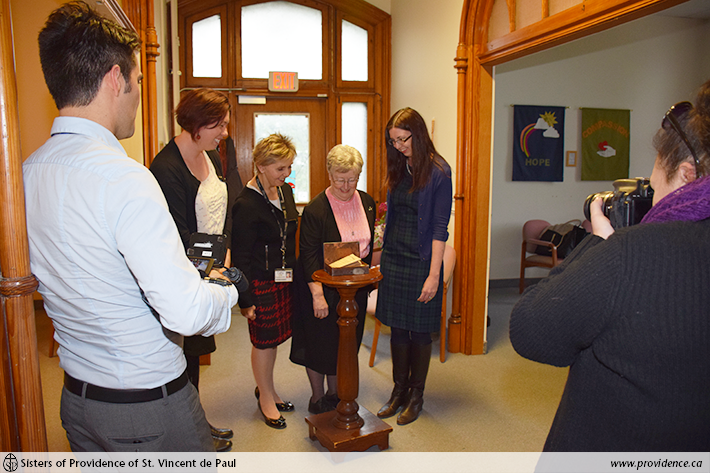 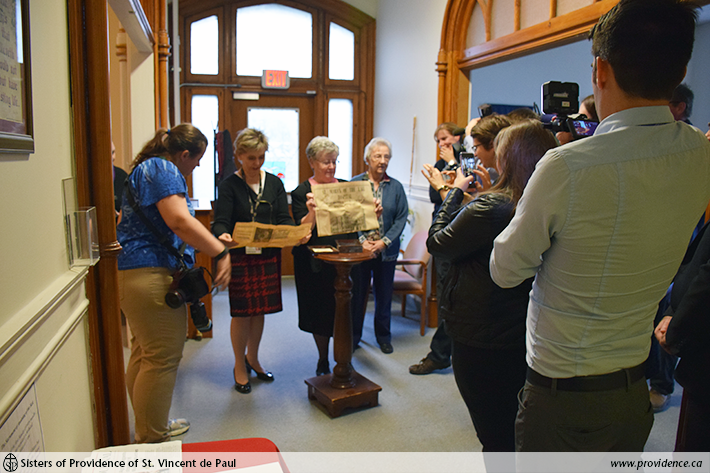 St. Mary’s of the Lake was built by the Sisters of Providence of St. Vincent de Paul in 1910 as a novitiate and orphanage. The novitiate was only located at St. Mary’s of the Lake for four years, before returning to the House of Providence in 1914. The building continued to be a busy orphanage, even requiring an addition in 1930. In 1941, however, the building was requisitioned by the Department of National Defence and served as the Kingston Military Hospital from 1942 to 1946. It was returned to the Sisters who opened St. Mary’s of the Lake as a chronic care hospital in the fall of 1946. The 144-bed hospital will close in 2017 when its patients are moved to the new Providence Care Hospital. 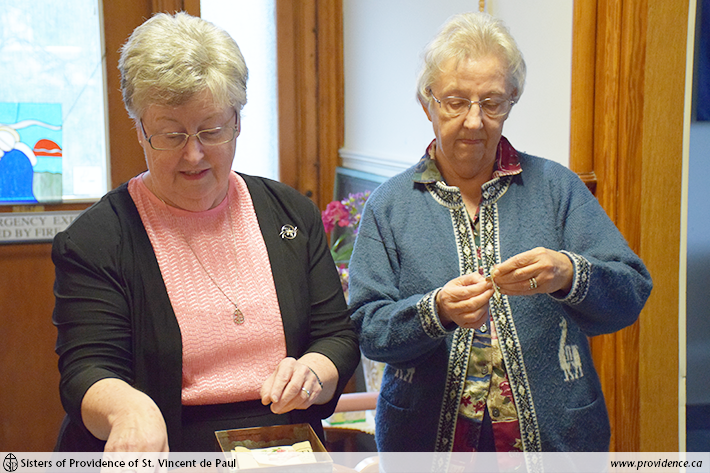 A year for Mary, a new wing for the hospital

1954 was designated by Pope Pius XII as the church’s first Marian Year, a year dedicated to Mary, the mother of Jesus. Marian celebrations took place around the world including several rallies in the Archdiocese of Kingston. Archbishop O’Sullivan of Kingston undertook a fundraising project, known as the Marian Year Campaign, to raise money to expand Providence Motherhouse and St. Mary’s of the Lake Hospital.

The sod was turned for the St. Mary’s of the Lake expansion on June 1, 1954. The new wing was completed in 1956. The Apostolic Delegate, the Vatican’s representative in Canada, was invited to lay the cornerstone and open the new wing of the hospital; Bishop Giovanni Panico laid the cornerstone on June 15, 1956. A hollow had been cut into the back of the stone for the copper box. 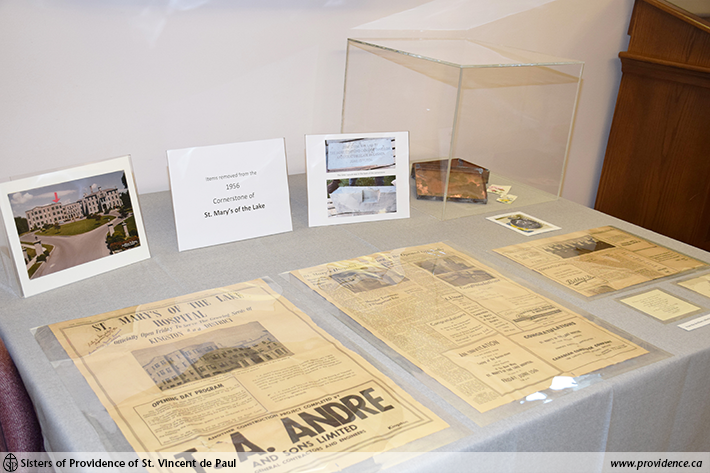 A word from our Archivist

In the archives we have records documenting the laying of the corner stone but I was unable to find any mention of a time capsule! It was really special to be present when the time capsule was opened by Sister Sandra Shannon and Cathy Szabo, President of Providence Care, and to see so many people excited about history. The time capsule reminds us of the importance of those that have come before us and highlights our ties to the past. – Veronica Stienburg