‘To build a home’: The Sisters of Providence at the time of Canada’s confederation 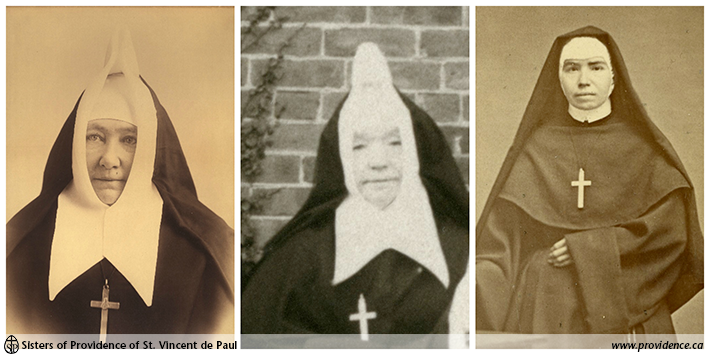 The Archives is celebrating Canada’s 150th birthday by reflecting on what life was like for the Sisters of Providence in 1867.

Mother Mary Edward, Catherine McKinley, was appointed General Superior, less than a year before, in September 1866 after the Sisters of Providence of Montreal returned home. While leading the fledgling community she was also in charge of the novitiate, and did not have any councillors to help her until the first elections in August 1869. No wonder she suffered from serious ill health in the first half of 1867.

Three members of the small community were blood sisters. Originally from Wicklow, Ireland, they immigrated with their family to Quebec City. Sarah Byrne, known in religion as Sister Mary of the Sacred Heart, entered the congregation in July 1864 and her two sisters Catherine and Ellen entered together in May 1867. Their mother visited the House of Providence in November 1867 for the reception ceremony of Catherine and Ellen. The annals record that she “spent some time with us and in leaving felt she had not three, but many beloved children for she became attached to the Sisters. This kindly feeling was mutual, for no one could look upon this warm hearted Irish woman without revering that magnanimous soul, which strengthened her to part with her three loving daughters.” Unfortunately all three sisters died young. Sister Mary of the Sacred Heart was the first member of the congregation to pass away, dying in 1870, aged 30. Almost exactly a year later Sister Mary Francis Xavier (Catherine) died aged 26. Their sister, Sister Mary of Mount Carmel (Ellen), served in many leadership roles, including General Superior; however, she died at the age of 46 in August 1892 having given 25 years of her life to the community.

In 1867 the Sisters were living in the original House of Providence at the corner of Montreal and Ordinance Streets. There were over 20 orphans living in the House of Providence at the time, as well as numerous elderly. The house was becoming so crowded that they had to turn away some orphans and seniors. In early 1867 they decided to build an addition to house the elderly and infirm. As recorded in the annals, “Destitute of financial resources, but strong and rich in dependence on Divine Providence… a resolution was taken: To build a home for the aged and infirm!”

Up to this point the Sisters had supported themselves and their charges by going on collecting tours, begging for donations of funds and supplies, within the Diocese of Kingston. To raise funds for the new building, Mother Mary Edward and Sister Mary of the Sacred Heart went on a collecting tour in the United States for the first time. The annals record the difficulties they encountered on their travels: “God watched over our dear Sisters in this first Mission of Charity among strangers, and raised up friends for them in their hour of need. Rev. Mother having been prostrated with Quinsy while in Syracuse received from Mr. Dalton and his estimable wife, all kindness possible. Rev. Dr. O’Hara of St. Mary’s Parish Syracuse, denounced them as imposters from his pulpit. Thus sickness, fatigues of the journey and opposition of the priests was their portion. Yet it was remembered that a mite was gathered for the “New House”, and this encouragement made every suffering lighter.” The Sisters successfully built their first addition to the House of Providence in 1871.

Since 1867, the congregation has founded and closed many missions, served in many different ministries, and continues to share the same charism of helping the vulnerable that the Sisters in 1867 held dear. 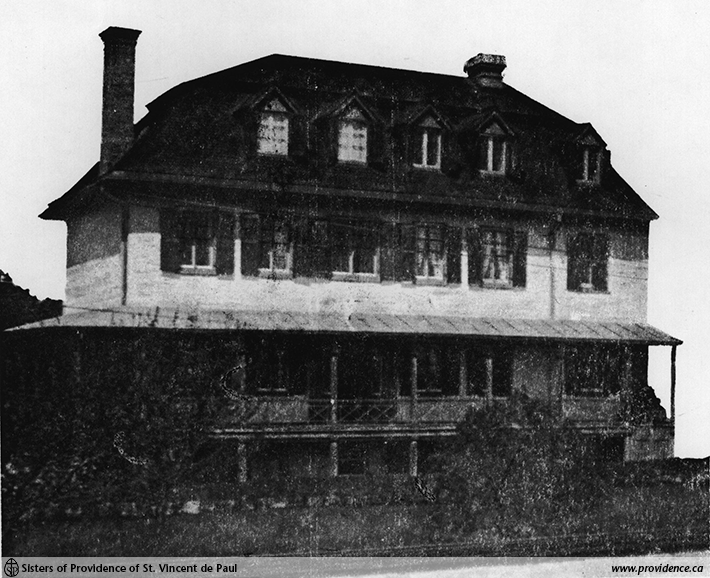 House of Providence as it would have looked in 1867