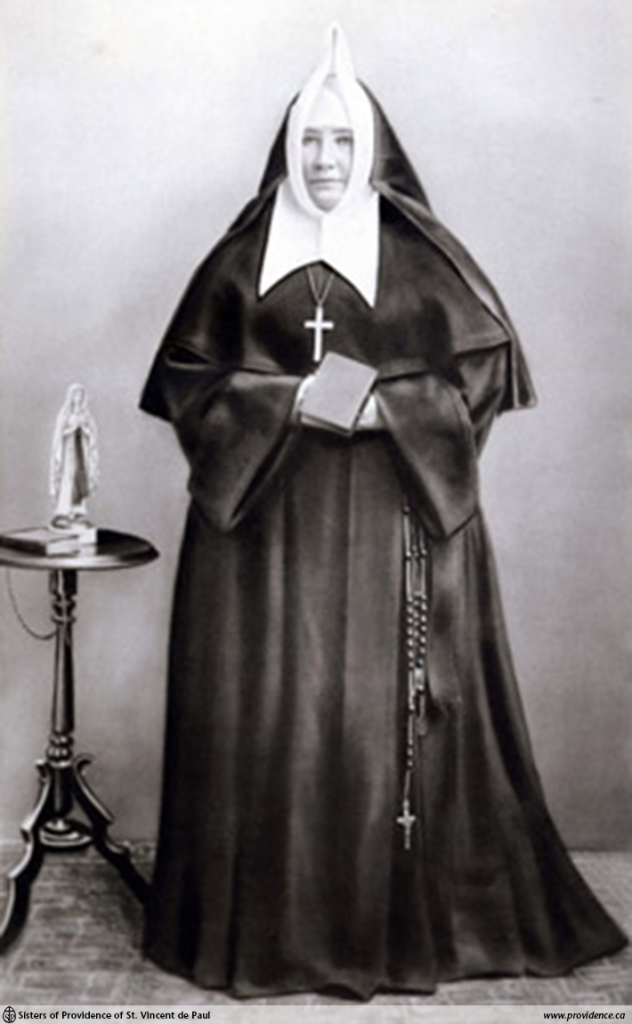 Catherine McKinley was born in Kingston, Ontario on August 14, 1837. Her father was John McKinley, a ship-owner, and her mother was Sarah McCaffrey. Catherine trained as a dressmaker prior to seeking admission to the newly founded religious congregation in Kingston.

On December 13, 1861 the Sisters of Charity from Montreal, at the request of E. J. Horan, Bishop of Kingston, arrived in the city to begin the new religious congregation, which would eventually bear the name, the Sisters of Providence of St. Vincent de Paul. Catherine McKinley, the first candidate to seek admission, entered the Congregation on March 25, 1862. On December 13, 1862, the first anniversary of the arrival of the French sisters, Catherine was officially received into the Novitiate. On April 4, 1864 she pronounced her vows and became a full member of the Congregation, taking the name Sister Mary Edward. In 1865 she opened the first teaching mission of the Congregation in Belleville, Ontario. The following year the bishop of Kingston recalled the sisters from Belleville as the French sisters were returning to Montreal. Bishop Horan appointed Catherine as the first General Superior of this new Congregation, the Sisters of Charity of Kingston.

During most of her religious life Catherine held some position in the governing of the Congregation. She served as General Superior from 1866 to 1872 and then again from 1884 to 1896. The years from 1866 to 1875 she also held the positions of General Secretary of the Congregation and Mistress of Novices. She served two terms of office as General Treasurer, from 1872 to 1875 and from 1881 to 1884. During the years 1872 to 1875 and 1896 to 1902 she held the position of First Assistant to the General Superior.

On November 21, 1904 Catherine McKinley, fondly known by all as Mother Mary Edward, died in Trenton, Ontario.