Chapel of Our Mother of Sorrows at Providence Manor 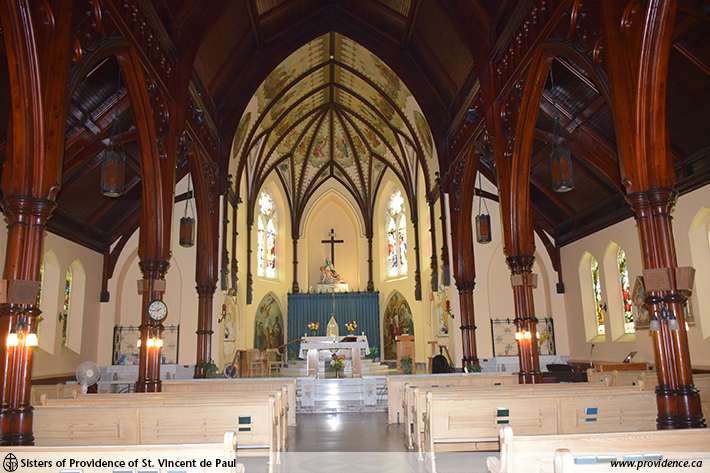 Our Mother of Sorrows Chapel was built on Ordnance Street in 1898 under the supervision of Catherine McKinley, a Kingston native and foundress of the Sisters of Providence of St. Vincent de Paul. The first Mass was celebrated on October 13, 1898. The official dedication was on November 21, 1898.

One of the first buildings in Kingston built under the direction of a woman, the chapel adjoins Providence Manor, a long-term care home, and can be seen as a separate building resembling a full-sized church. It was designed in the Gothic Revival style by Toronto’s Joseph Connelly, one of the foremost ecclesiastical architects of his day and built with locally quarried limestone.

Many of the building’s original features have been preserved, including spectacular stained glass windows, wooden ceilings and one of the few Casavant Freres organs still operating in its original condition. The organ has been recognized as an historical instrument by the Royal Canadian College of Organists.

The basement holds the Printing Room Museum showcasing the printing company operated by the Congregation for almost a century. The chapel continues to serve its original function as a worship space for Providence Manor and the Sisters of Providence.

In 2003 extensive restorations were undertaken by Kingston firm Mac Gervan and Associates Ltd. to preserve the historic nature of this unique building. Due to age and weather, a plan was adopted to return the venerable building to its original splendor. During the renovation, builders discovered historically significant items, including the signature of an artist who created an original stained glass window.

The Chapel was also honoured in 2003 when Downtown Kingston, the association for businesses in the city’s downtown core, chose it to be part of its Limited Edition Pewter Christmas Ornament Collection. A limited number were produced and released to the public. 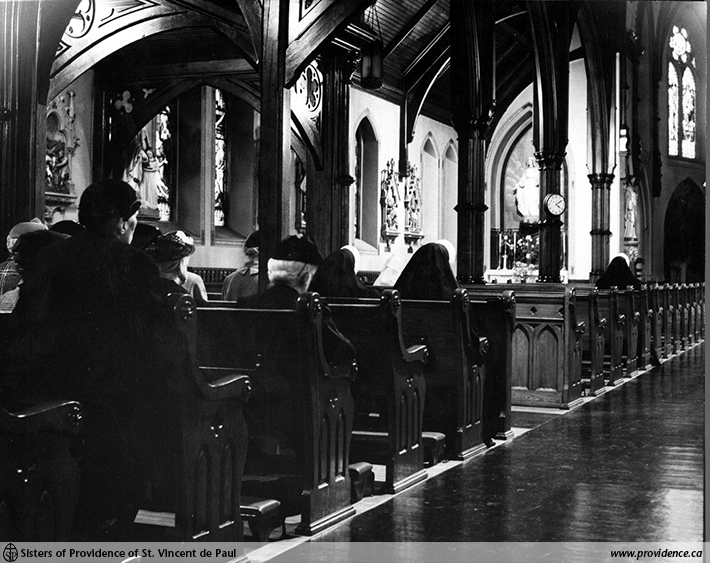 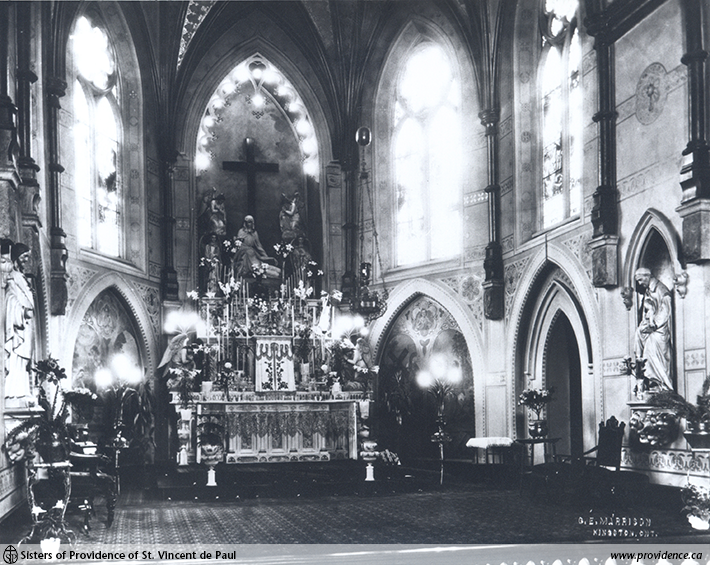 Blessed Virgin’s Side Altar, Our Mother of Sorrows Chapel, between 1954 and 1967 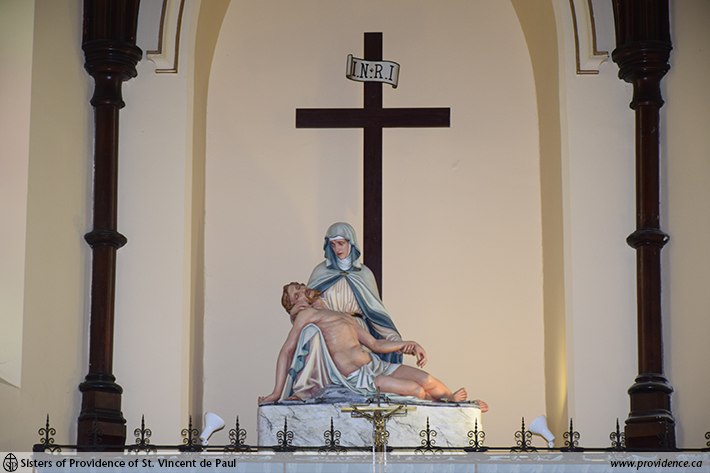 A heritage-themed stained glass window was installed in the narthex or back entrance of the chapel in  2011 as part of the Congregation’s 150th anniversary celebrations. 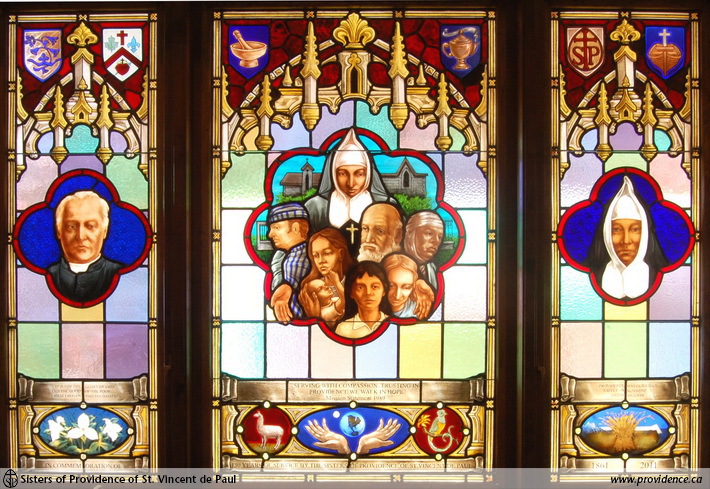