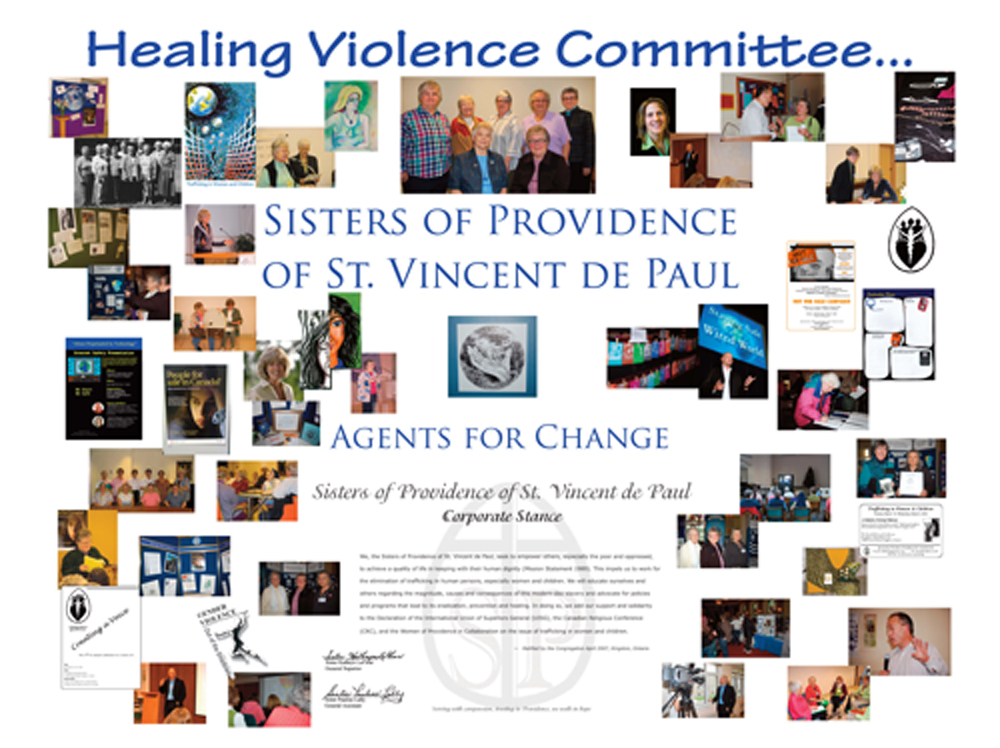 The Sisters of Providence are being celebrated as ‘Change Makers’ – females who have made a difference.

‘Change Makers’ is a one day photo exhibition that kicks off International Women’s Week and will feature Kingstonians making real progress in the economic, political and social achievements of women past, present and future.

Created over a decade ago, this congregational committee works toward the elimination of trafficking of women and children. Members educate themselves and others regarding the causes and consequences of this modern-day slavery. They also advocate for policies that lead to eradication, prevention and healing.

The Change Maker photo/art exhibit will be held on Saturday, March 3rd from 11 a.m. to 4 p.m. at the Portsmouth Olympic Harbour. International Women’s Week runs from March 3 to March 11. The poster will also be on display at Providence Motherhouse.

The congregation has just expanded its involvment in the campaign to end human trafficking. Sister Frances O’Brien will represent the Sisters of Providence on a newly formed Kingston Salvation Army community group. This new group held its first information event with a visit from MP?Joy Smith to speak in Kingston on February 25th. The veteran Manitoba politician has been a catalyst in several Bills that are coming to fruition on Parliament Hill. Her speech targeted men and the dangers that lead one into participating in human trafficking.