We have turned our attention to sexual violence in the church 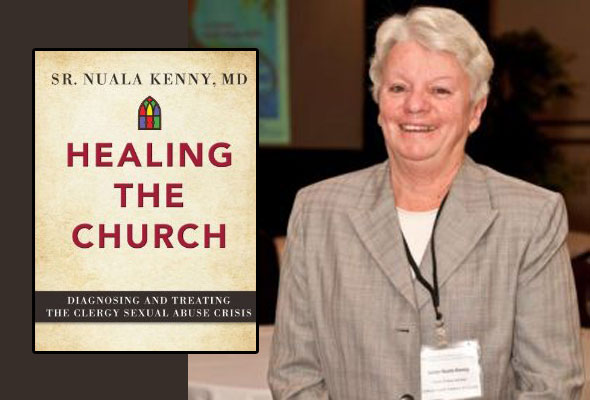 The Healing Violence Committee of the Sisters of Providence is offering a one-day conference in September entitled Healing the Church: Addressing the Clergy Sexual Abuse Crisis. Our committee was founded in 1998 and we have been working together since that time to address – to heal – the many ways violence is expressed in our society. More information can be found here.

After hosting eight conferences and workshops to address various aspects of violence a few years ago, as allegations surfaced against some priests in this Archdiocese, we turned our attention to sexual violence in the Church. Some of our Sisters and some members of our Sunday faith community were distressed because they knew the accused priests. From our past work, we had focussed primarily on the irreparable damage suffered by victims of violence and how society often re-victimizes them. Consequently we created a process which allowed people to express their feelings freely with a hope of healing personal suffering. Two parishes in the area asked us to offer this process for their people.

From these experiences, we heard about the confusion and suffering experienced when priests were removed quickly from their parishes. People felt helpless in the face of very little communication and could not reach out to the alleged victim, priest or their families. They struggled with how to bring about resolution when they could not get answers to their questions. There was no forum to talk to others in the parish who were suffering as well. We learned that providing a safe environment for people to talk about their feelings brought some healing from the suffering.

As court cases have proceeded, we began to study the work of Sister Nuala Kenny MD, particularly her book, Healing the Church: Diagnosing and Treating the Clergy Sexual Abuse Crisis. Her background makes her one of the foremost experts in the field:

She travels extensively giving reflections to clergy and laity on the spiritual and ecclesial challenges emerging from this crisis and its management.

Because of who we are as members of the Healing Violence Committee, and because of our deep love for the Church, we have invited Sister Nuala to offer her wisdom to the people of the Archdiocese of Kingston as we work toward Healing the Church. This is in keeping with our 1994 Chapter mandate which says “we choose actions and attitudes of compassionate solidarity, leading to healing and forgiveness.”

The conference will unfold in three sessions. In the first session, Sister Nuala will review this crisis and the response to date from Church leaders and laity, and clarify what is now known about the sexual abuse of minors by clerics. She will then explore the identified dynamics of sexual abuse of minors for insights into the systemic and cultural factors which have shaped responses.

In the second session, Sister Nuala will identify all sexual abuse of children and youth as an abuse of power in the realm of human sexuality. She will describe key features of power and relationships in the Church. Clericalism will be identified as the particular “temptation of the Church” (Pope Francis). Its corrosive effects on clergy and laity alike shape an inadequate response and impedes full, active involvement of all in the spiritual and ecclesial renewal of the Church. The focus will be on lessons learned about the relationships of clergy and laity – and about the life, health and support of our clergy.

In the third session, Sister Nuala will reflect on the elements of an effective prescription, based on our present knowledge and experience. Finally, she will have us reflect on being a “compliant patient;” that is, our willingness to accept the fundamental call to transformation and renewal that is at the heart of true healing and reconciliation.

Originally published in Providence Pages, Verge of Spring 2015, Vol 5. No 1.