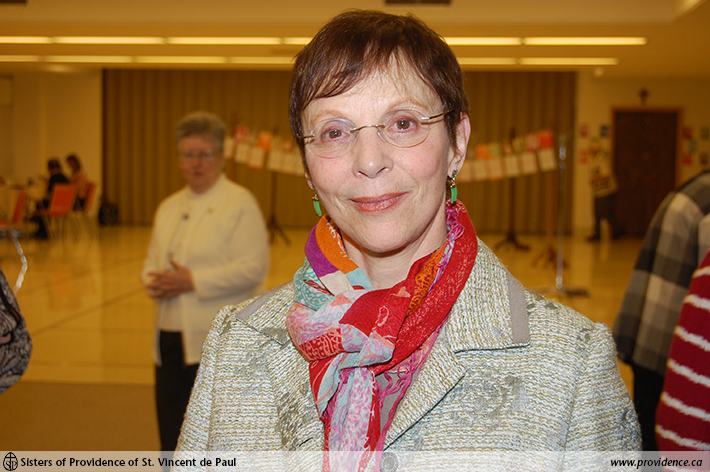 Keynote speaker Erna Paris. Her address is available at ernaparis.com

You know about best-laid plans? After 10 years of holding great conferences, the Congregation’s Healing Violence Committee had sworn off them. But then, a great synergy happened. The committee held a meeting with the International Women’s Day reps in Kingston, and invited PeaceQuest to join in, and lo and behold … Women Do Peace emerged. And it was good.

Held on March 8, International Women’s Day, the conference was active, participatory and engaging.

Renowned author Erna Paris was the keynote speaker and she brought both breadth and depth to her presentation. Moving between the tragedy of the Aboriginal women forgotten on the Highway of Tears in British Columbia to the Syrian women caught in a deadly conflict, she spoke of what gives women the “agency” – the ability to act – and what blocks this from developing. Key are empowerment, education, supportive families, economic opportunity and learning empathy.

In the question period following her talk, she was both open and unequivocal when she put human rights above other rights, without exception.

The day opened with a smudge from First Nations woman Sharon Beaudin, whose workshop on pre-natal care and peace in childbirth was inspirational. The inclusive opening ritual of the valiant woman brought our own valiant women to mind. The music by Wendy Luella Perkins opened our voices and gentled our spirits.

Workshops included the spirituality of peace by Dolores Hall of the Providence Spirituality Centre; a cooperative game: Peace in our Time; Sudanese women speaking of war and peace in their country; Canadian women speaking of their charities in Africa where they felt compelled to act; and a storytelling and drama workshop by PeaceQuest.

Asked on the evaluations why they came, participants cited that simply the theme of peace and women doing peace were the big draw. They indicated a need to be involved and surrounded by kindred spirits. And so they were. 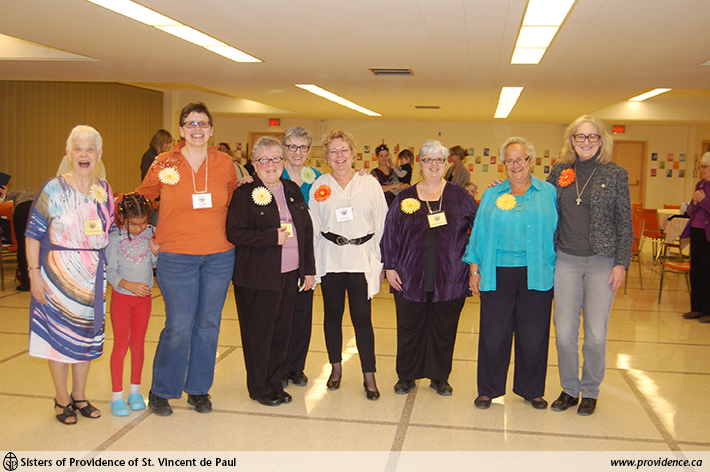 A grouping of organizers take a bow!