Looking back at a dry hot summer of drought 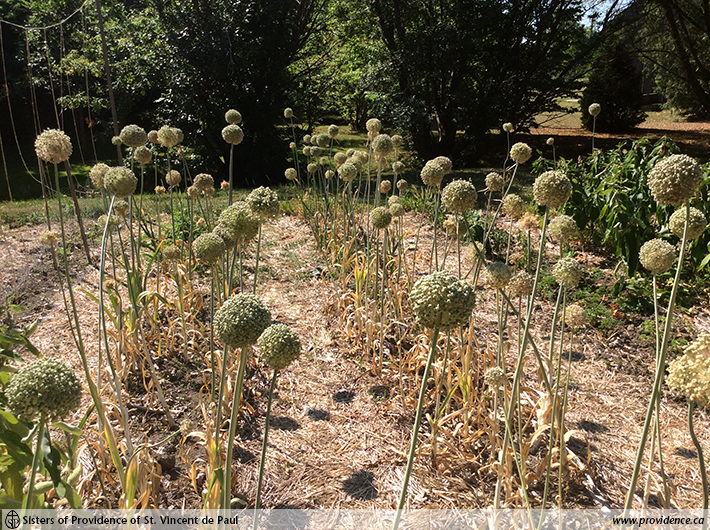 “In Kingston, weather stations in and around the city had never recorded an April and May as dry as they’ve seen this year, going back to at least 1960. The rain that fell over the city during those two months of 2016 was less than a quarter of the normal amount,” announced Scott Sutherland, meteorologist for the Weather Network.

This situation continued through July and August, accompanied by record heat, including heat at night, and warm, drying winds. The first cut of hay for farmers locally was not good, and there was no second cut – the grass simply could not grow back. In order to feed livestock farmers have had to buy hay from elsewhere.

At the Heirloom Seed Sanctuary, all staff experienced heat exhaustion to some degree this year despite precautions. On top of our own feelings of illness, it was very stressful for everyone to see our beloved plants suffer. Climate change is an unpleasant reality.

The drought meant that some crops have not provided seed this year. This is mostly because the pollen of some crops is very sensitive to temperature, especially night-time temperatures. Since we experienced hot winds for many days and nights, pollen died and, therefore, flowers aborted. No pollen made for no flowers, made for no fruit. Some crops rebounded, but even for those that produced fruit, it was too late to produce ripe seed.

However, as usual, some crops did better than others. Our peppers and leeks stayed very healthy. We were able to strategically water some crops to get a good seed crop, such as the White Icicle radish. We were also able to do a lot of “mulching” this year, which means covering the soil with straw, leaves and wood chips to keep moisture from evaporating. Mulch was key this year for keeping the small amount of water we got in the root zones of plants. This was partly because of staffing: three gardeners were on staff to take shifts and provide optimal care, despite the climate. Overwintered biennial turnip and rutabagas went to seed so early they missed most of the drought, so they worked well.

Seeds we have managed to harvest, and first year biennial crops that made it through the season, will be super-hardy and will have gained a memory of how to produce fruit and seed in the midst of severe drought and heat. Many members of the public told me this year that even watering their crops did not help very much. That didn’t surprise me as most veg varieties commonly purchased are not grown for seed during heat stress and drought. Those plants just gave up while many of ours kept on going, some doing even better than the weeds! The few tours I gave of the gardens this year very much impressed our guests.

Tomatoes and beans would have been fine through the drought, but both experienced very high levels of predation from rabbits and groundhogs (and squirrels and chipmunks). These poor creatures were just after a bit of juice – even a small amount of moisture and nutrients. Unfortunately, this meant that the fruit then rotted without ripening. I brought my dog a few times to try and scare off the critters (she would never actually catch anything), and Sister Alda Brady and the maintenance staff did live-trap and remove several groundhogs. But far more damage was done this year despite chicken-wire fencing and other measures.

Pope Francis encourages us to see climate change as a moral crisis, as well as an ecological one. “The pope is saying to the world that climate change brings moral change,” said Mary Evelyn Tucker, co-director of the Yale Forum on Religion and Ecology. “The health of both people and the planet will require a transformation toward care for creation and concern for future generations.” 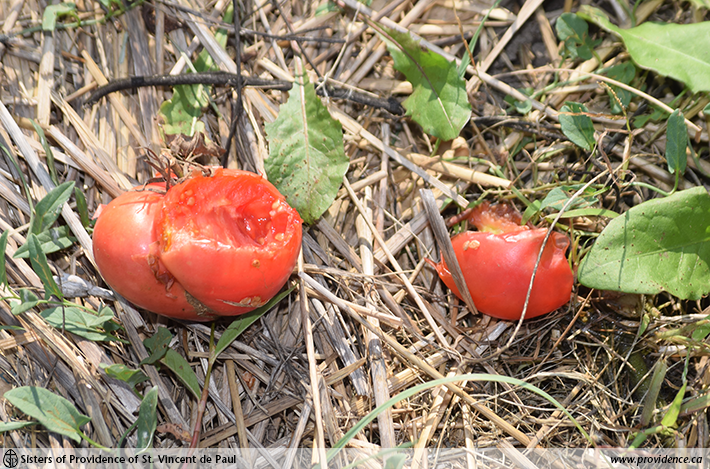