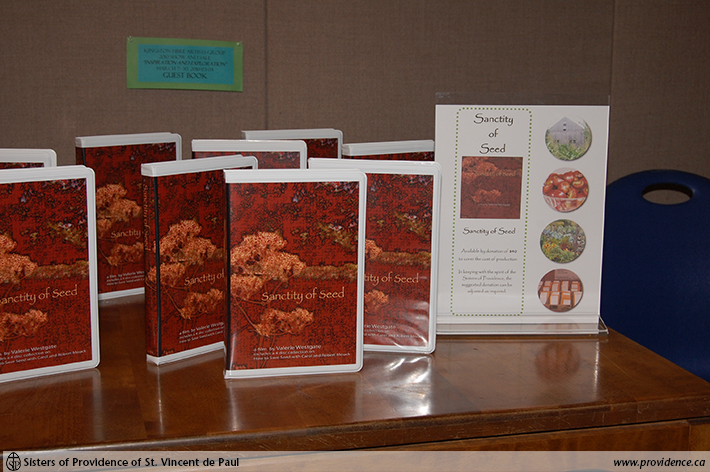 Sanctity of Seed, a film produced by the Sisters of Providence and directed by Kingstonian Val Westgate, premiered at the Kingston public library on March 10.

The 5 disc DVD series introduces us to Carol and Robert Mouck, local seed savers hired by the Sisters of Providence over a decade ago. In partnership with the Sisters, their collective work resulted in the 2008 prestigious award — Canadian Geographic Environment, Sustainable Living Silver Award. It honours Canadians who celebrate the commitment to protect, preserve and restore the country’s environment.

Kingston documentary filmmaker Valerie Westgate spent countless hours on the project which has developed into a great gardening resource.

“I have some property where I?plan to do some gardening.. This project has been a fantastic education for me and for many more,” says Valerie.

Originally, a brief 20 minute video was commissioned at the request of General Superior Sister Pauline Lally three years ago. The project grew in scope once Val developed a relationship with Carol and Robert. The extra four discs teach seed saving techniques.

“This is a wonderful project that Robert and Carol Mouk have started for us on our grounds – a great legacy for us to pass on to the world,” says Sister Pauline.

In 1999, Robert and Carol Mouck, organic farmers, who had supplied the Sisters with seeds, offered to manage the greenhouse and expand the gardens on the pristine plot of land in the heart of the city. The location became a safe place for seeds the Moucks had grown and saved over the twenty years they farmed, organically, at Foxfire Farm near Napanee.

The seeds in the collection are open pollinated; they can be planted and saved each year as part of sustainability. Such an experience opens one to a reverence for the creative spirit in the seasonal cycles that are intrinsic to gardening.

As the Heirloom Seed Sanctuary became better known, the Sisters wanted to continue their commitment to the environment. In 2008, the Sisters hired gardener and seed saver Cate Henderson to continue this unique ecological project.

The DVD Sanctity of Seed is available by donation of $40 to cover the cost of the production. However, in keeping with the spirit of the Sisters of Providence, the suggested donation may be adjusted as required.

New Season Coming, directed by Clarke Mackey, was also screened on March 10th. Produced by the National Farmers Union, the film reveals the success of the local food security movement and the campaign to buy local. 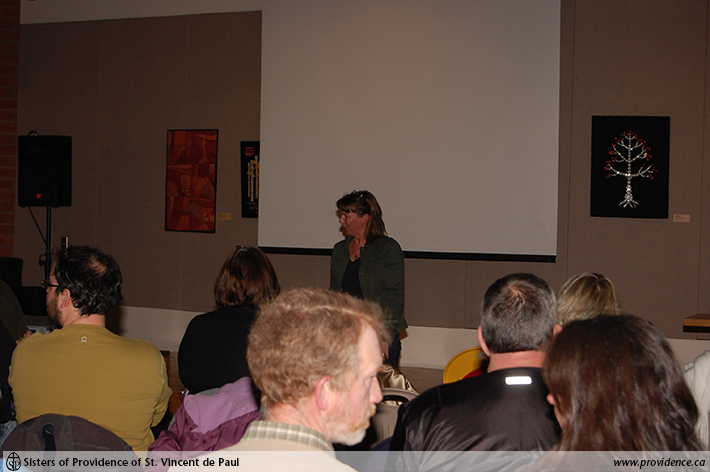 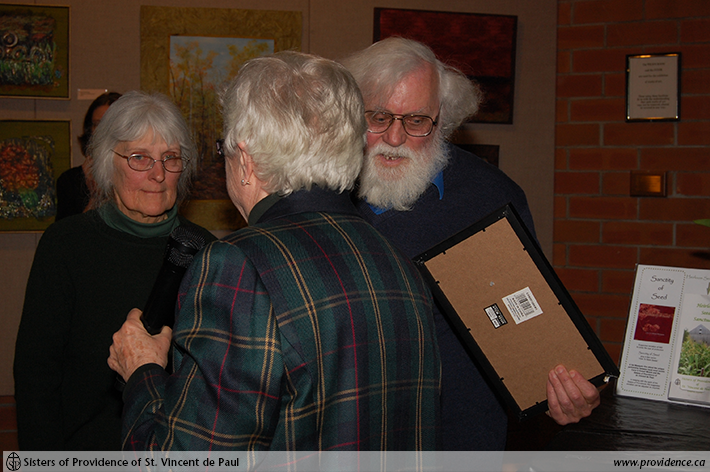