The business of rest 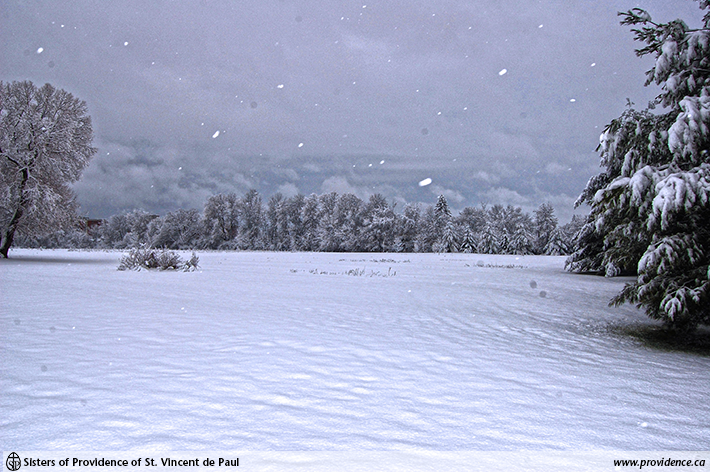 The idea of rest is somewhat deceiving. We know as human beings that when we sleep we appear to others to be resting, to be immobile and still. But we also know that, in fact, our minds can be quite busy as we sleep – sometimes living a whole other life in a dreaming world of our own imagination and doing much of our best neurological processing of information.

Similarly, our winter gardens appear very peaceful and still, lacking the busy antics of pollinators (insect and human), the blowing of stems, the singing of most birds. But the soil under the surface is very busy if only we could see it:
“Billions of microbes, bacteria, fungi, inert minerals, earthworms are all reorganizing themselves, now that the land has been given rest… This level of inter-relationship among the components of soil that make up the building blocks of flower and food exist in such a way as to create a powerful synergy of creativity that in essence equals life,” writes Lyn Szymkiewicz, CSJ.

We know that honeybees gather together in the hive in winter and vibrate together all winter at the same frequency, so that even those bees at the outside of the cluster are held at a constant temperature in spite of external fluctuations. In Understanding the Honeybee, C.T.G. Baker tells us: “With the advent of spring, the collective life of the (honeybee) organism is suppressed, and the separate life of the organs (the individual honeybees) strengthened.”

In the same way the activity of the garden in the winter is not necessarily lessened, it is just different, and it is as necessary to summer fertility and activity as our sleep is to our waking state. Perhaps human communities and organizations also require the same model of “seeming inactivity.” Perhaps it is a universal principle of the path of wisdom…