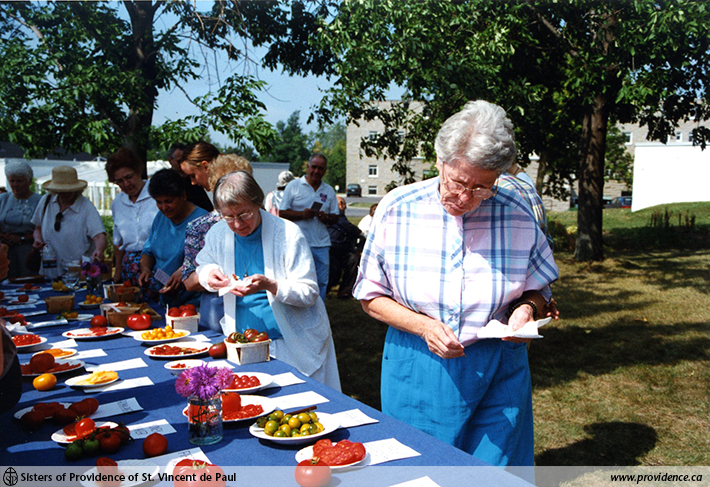 Early tomato tasting days were offered in the garden area.

With the Heirloom Seed Sanctuary (HSS) ministry moving towards completion, the HSS committee felt a return of the Heirloom Tomato Celebration would be appropriate to mark the final growing season of the heirloom seeds on the Providence Motherhouse grounds.

The Heirloom Tomato Tasting Day was one of the first public events Carol and Robert Mouck co-hosted with the Sisters of Providence of St. Vincent de Paul in the early days of the Heirloom Seed Sanctuary. That event occurred on the Sisters sacred grounds in 1999. Sister Reinalda Kloosterman (HSS committee member) recalls this first event.

“Shortly after joining the Retreat Centre team (Providence Spirituality Centre as it’s known today), I was one of the first people to taste the tomatoes at the first annual tomato tasting event. It was held behind the greenhouse and featured lots of tomatoes. Two of my favourites have always been the Yellow Pear and the Ground Cherry.” 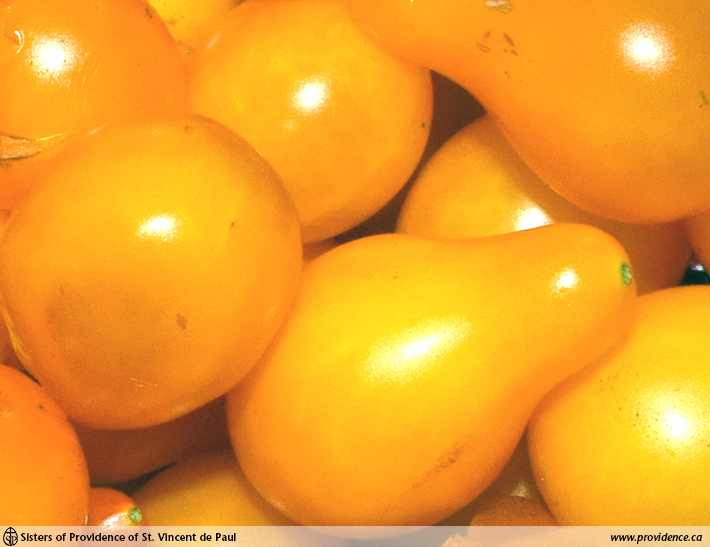 The Yellow Pear tomato is a sweet flavoured variety first marked down in the annals of history in 1805 by the biologist Christiaan Hendrik Persoon.

The unique and diverse tomato varieties brought in more than 100 people on the hot and humid Saturday in late August. According to a featured article in the Fall 1999 issue of Providence Pages, visitors “accustomed to the uniform look of … tomatoes in the supermarket were intrigued by the colours, textures and shapes of the Golden Queen, Big Rainbow, Beauty and other tomato varieties from seed catalogues of days gone by. Many of the varieties at the tasting were more than 100 years old, preserved through the diligent efforts of the Moucks, who have been collecting seeds and researching heirloom plants for decades.”

Sister Josephine (Joey) Doiron of the HSS committee expressed that “people need to know what organic tomatoes taste like. They have a tremendous and rich taste. There is such a variety of flavours beyond the typical red tomato. People need to be aware of what organic food is like.”
The heirloom tomato tasting attendance peaked close to 400 people in the early years of the celebration.

“By the time I arrived in Kingston there were other tomato tastings, but they did not include the names of the specific varieties-they were just tastings of random tomatoes,” said Cate Henderson who was hired in 2008 by the Sisters to learn from Carol and Robert Mouck and eventually take over stewardship of the seeds on behalf of the HSS.

“In 2011 (year of my 4th Heirloom Tomato Day), I wrote the following note to thank volunteers:  On behalf of the Heirloom Seed Sanctuary, I would like to express sincere appreciation for your valuable time and efforts that produced such a successful day this past Saturday!  While there was no official headcount, I feel confident in estimating about 250 or more people in attendance, about 40 of whom attended the workshop (my personal raison d’etre for the day).  There were tomatoes left over of many varieties, and even one person who came at 1pm still got to taste a couple of varieties left in the gazebo!

Thank you so much for all your contributions, from organizing to slicing to directing traffic and cleaning up-many of which I didn’t even get to see at the time, I just know it all got done!

You have been a blessing to me and to the Heirloom Seed Sanctuary, so I wish you many blessings in return.”

With the success of the tomato tastings which featured a tomato seed saving workshop, seed saving in the Kingston community grew along with the popularity of heirloom plants. Cate explains that “in 2014 there were only about 100 people in attendance, because there were 3 other similar tastings in the area, so we decided it was more work than it was worth, even though we still had the only tasting that offered a workshop on how to save your own tomato seeds! That year the Sisters received congratulations on behalf of the Legislature of Ontario on the occasion of the 15th Annual Heirloom Tomato Celebration.”

Planning for the future of the seeds has been underway and “to mark our final growing season the Sisters requested one more Heirloom Tomato Day this year, 2018,” said Cate. “Although less than a hundred people attended (around 10 attended the workshop) and there was little publicity around the event, it provided some closure for the planning committee (the Heirloom Seed Sanctuary advisory committee) and was well-received. Many former interns, staff and volunteers were present to express appreciation for this ministry.”

Sister Shirley Morris of the Ecology ministry shares about her journey with the seeds: “It is all about connecting food with health, joy, justice and nature, and this also connects with our Mission which calls us to preserve the rich heritage of seeds and species. I have come to understand that Heritage Seeds belong to all people and as a Religious Congregation, we are asked to share our legacy with the next generation. We are also called to be leaders in taking prophetic actions in the care and protection of the earth.”

Two partner groups, Kingston Area Seed System Initiative (KASSI) and Ratinenhayen:thos of Tyendinaga, will be stewarding the seeds on their continued journey.

The official transfer of the seeds will occur in 2019. You can look for more in a future issue of Providence Pages or on our website. 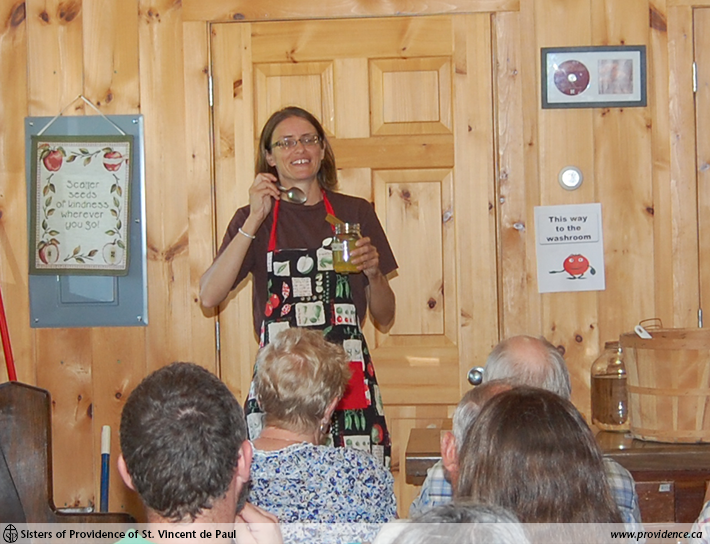