You say tomato, I say heirloom 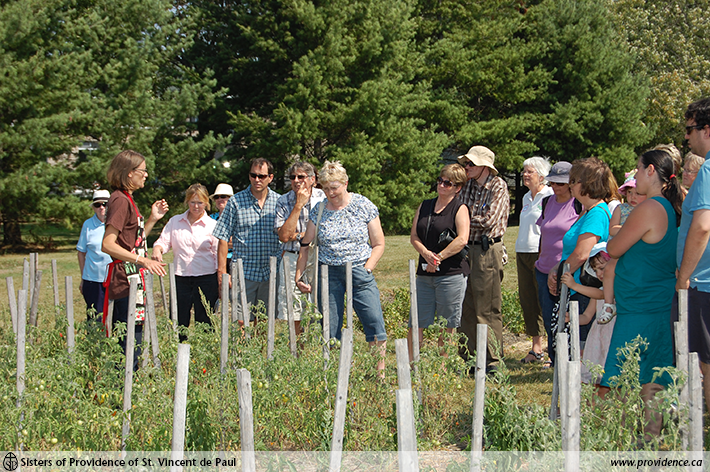 What’s the difference between heirloom and commercially-produced tomatoes?

Heirloom, or open-pollinated tomatoes, are varieties that have been reproduced for generations. Some have histories spanning hundreds of years, like the 207 year-old Yellow Pear harvested in the sacred gardens at Providence Motherhouse.

“I find the flavours particularly intense this year, possibly due to the drought conditions we have experienced,” says gardener Cate Henderson, caretaker of the seed sanctuary. “These tomato varieties are remarkably hardy and have not suffered this year despite the lack of water. People were amazed to find that we do not water or otherwise irrigate the plants at all and they have still managed to produce a bountiful crop of fruit!”

Tomatoes bearing fruit names are grown on the sacred gardens including these varieties; Pineapple, Lemon Drop and Garden Peach.

For the first time, live music was featured at the event. Just like the tomatoes being celebrated, seed saver Landon Chatterton and his band performed heirloom songs; music passed down through generations.

From Cate Henderson:
Heartfelt thanks to our stellar volunteers. The Heirloom Seed Sanctuary has benefitted from the lay community of Kingston by more than 550 volunteer labour hours. By the end of the seed saving season of 2012 alone, we will have logged well over 650 hours, equal to almost half a staff person! Gillian Boden has been volunteering for the Heirloom Seed Sanctuary since 2009, and Lynn Scott since 2010. They really know their seed saving! Volunteering seems to be a win-win activity, since it provides the HSS with much-needed labour and offers volunteers with seeds, seed saving expertise and resources they can use in their own gardens. Thanks so much everyone! 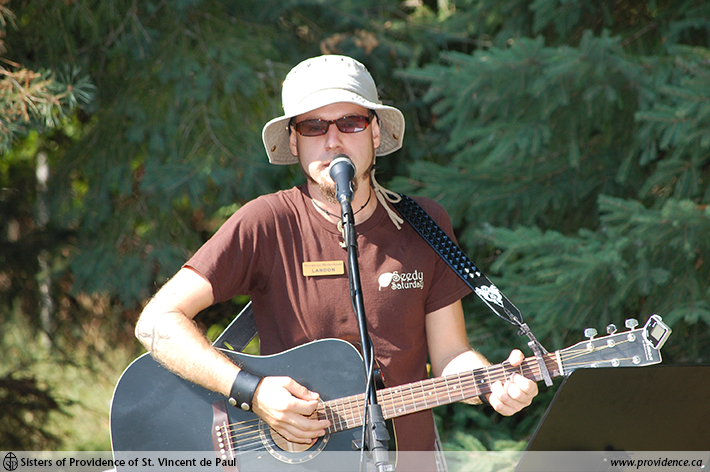 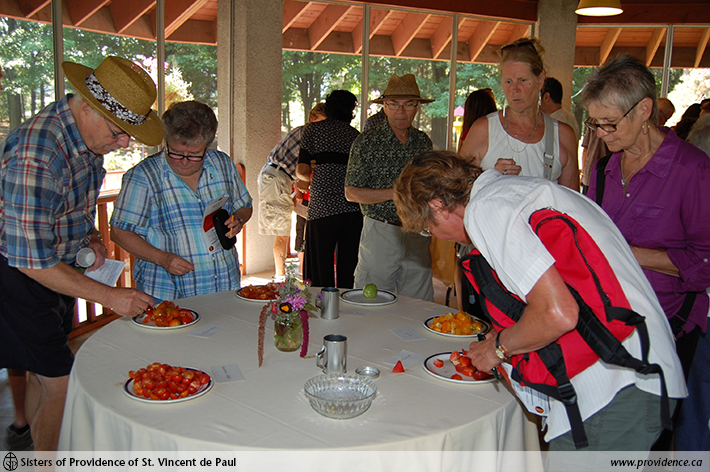 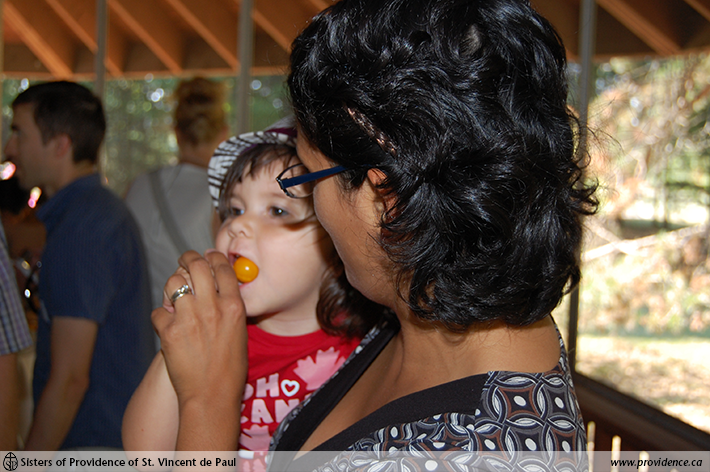