Justice, Peace and Integrity of Creation

The JPIC office worked on numerous social justice campaigns including campaigns for safe and affordable housing, for a higher minimum wage and safer working conditions in Ontario, for a living wage, for a basic income guarantee, ending poverty, and advocating for resilient food systems, including supporting Community Harvest Kingston and the Food Policy Council for Kingston, Frontenac, Lennox & Addington. The JPIC office worked collaboratively with many local organizations.

The JPIC office and other Kingstonians, held a Silent Vigil every Friday noon for twenty years in front of Kingston City Hall as an act of solidarity with people who live in poverty. The Silent Vigils were originally organized in response to Ontario Premier Mike Harris’ cuts to social services, and were held faithfully every Friday from 1995 to 2015.

The JPIC office actively promoted peacemaking by developing collaborative relationships with others.  The office worked to foster understanding amongst religions and build bridges in the Kingston community, including active engagement in the Kingston Interfaith Community.

The JPIC office initiated PeaceQuest in 2012 to start conversations about peace and war during the centenary of WWI. PeaceQuest, an independent organization, developed a national network and strove to shift how Canadians commemorate war to focus on peace. PeaceQuest continues with a focus on the PeaceQuest Leadership and Education initiative.

The JPIC office worked for climate justice at the community, municipal, provincial and federal levels. Activities and events, such as 350 Climate on the Line, were held in Kingston to raise awareness about conserving energy and lowering carbon emissions. The office focused on advocating for emissions reductions, transitioning away from a fossil fuel economy, advancing a green transition, supporting adaptations to a changing climate, engaging with Kingston’s citizens to collectively respond to the climate crisis with courage and dignity. The JPIC office worked collaboratively to advance these goals with local climate groups.

The Sisters of Providence of St. Vincent de Paul have been planning for the future of their ministries and in so doing worked with the Catholic Health Sponsors of Ontario to establish a new entity to carry on the work. The Sisters of Providence’s JPIC office closed in December 2021 and the work passed onto the newly created Providence Centre for Justice, Peace and Integrity of Creation. 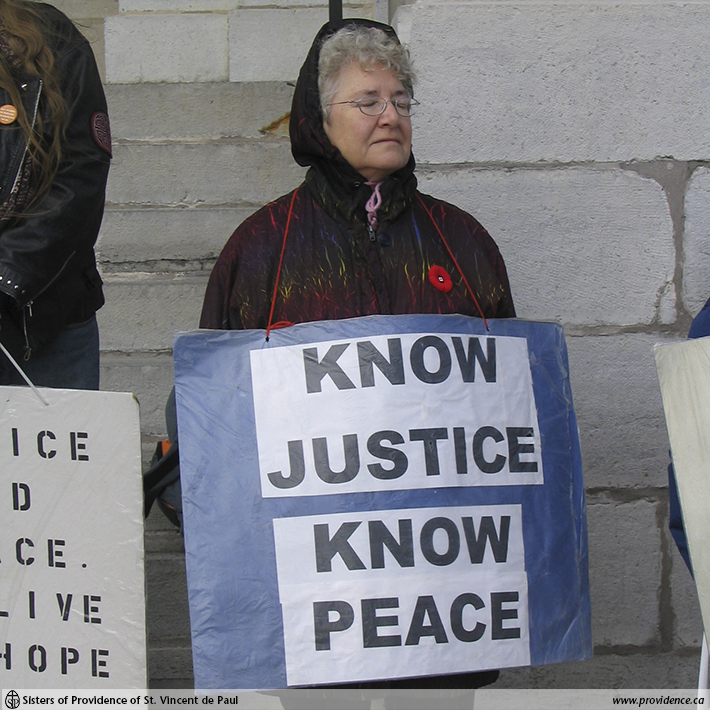 From 1995 to 2015, the Sisters of Providence and other Kingstonians, held a silent vigil every Friday noon in front of Kingston City Hall as an act of solidarity with people who live in poverty. 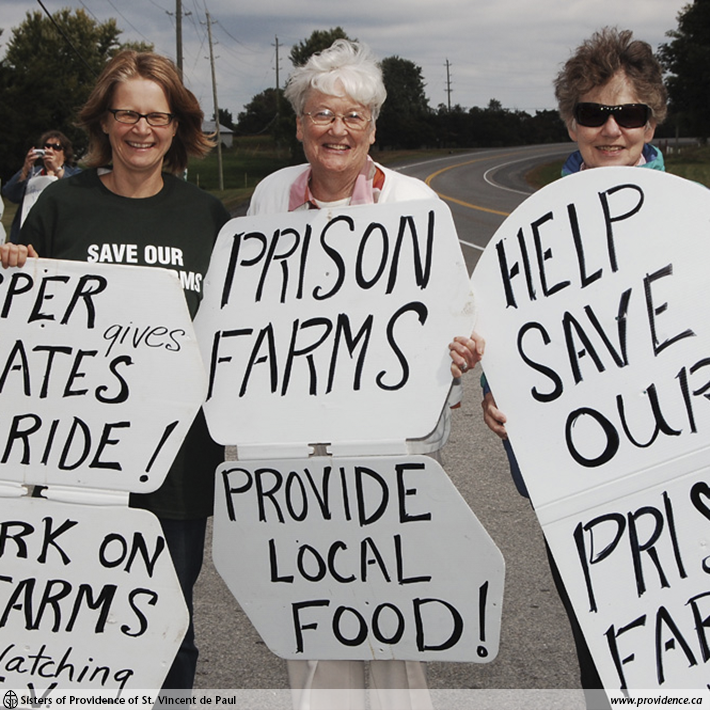 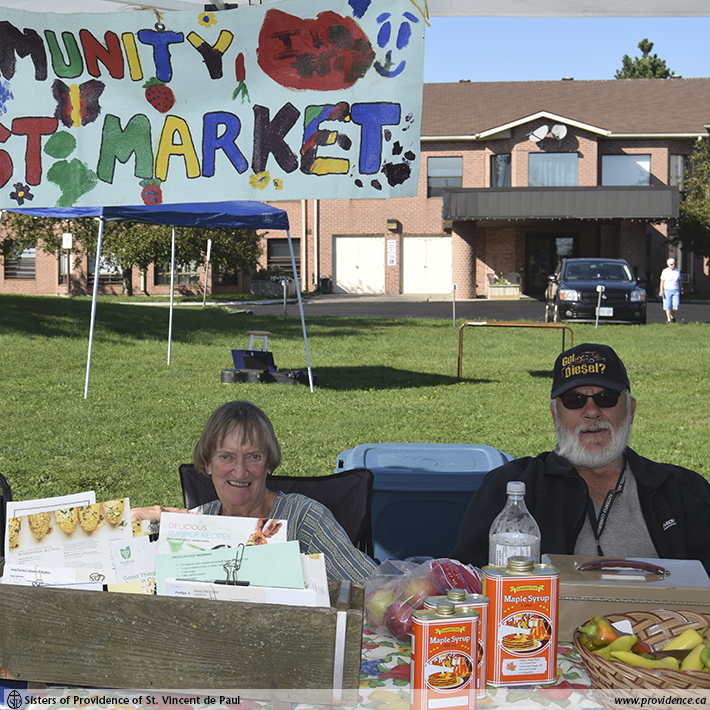 Co-sponsored by the Sisters of Providence of St. Vincent de Paul from 2009 to 2020 the Community Harvest Market, situated in the north end of Kingston, was dedicated to making local healthy food more accessible, educating about healthy diets and building community. 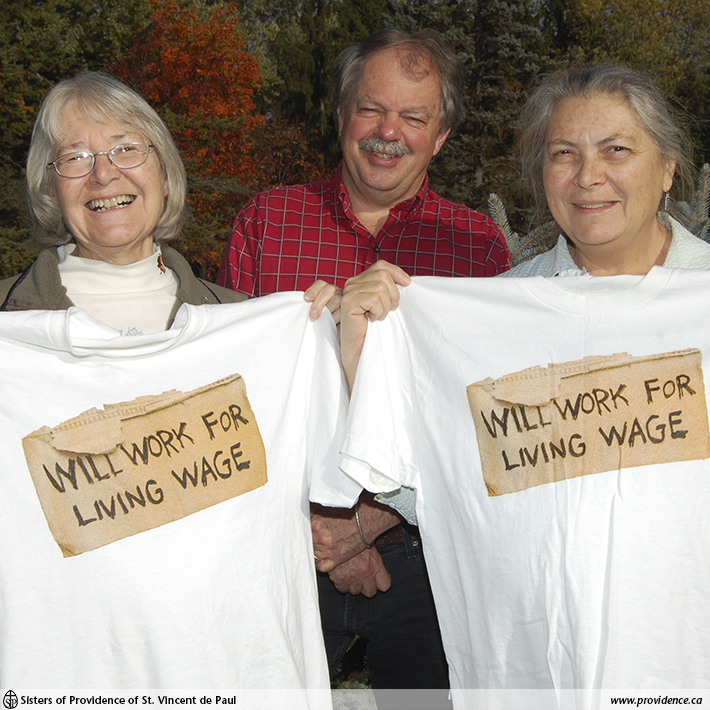 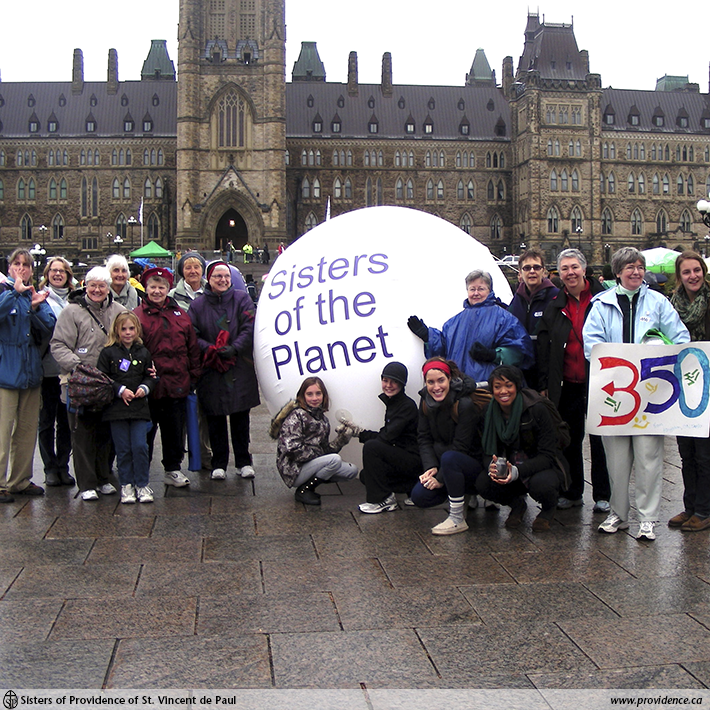 350 is the number that leading scientists say is the safe upper limit for carbon dioxide, measured in parts per million in our atmosphere. It’s the number humanity needs to avoid runaway climate change. The JPIC office organized and participated in events to raise awareness about this issue. 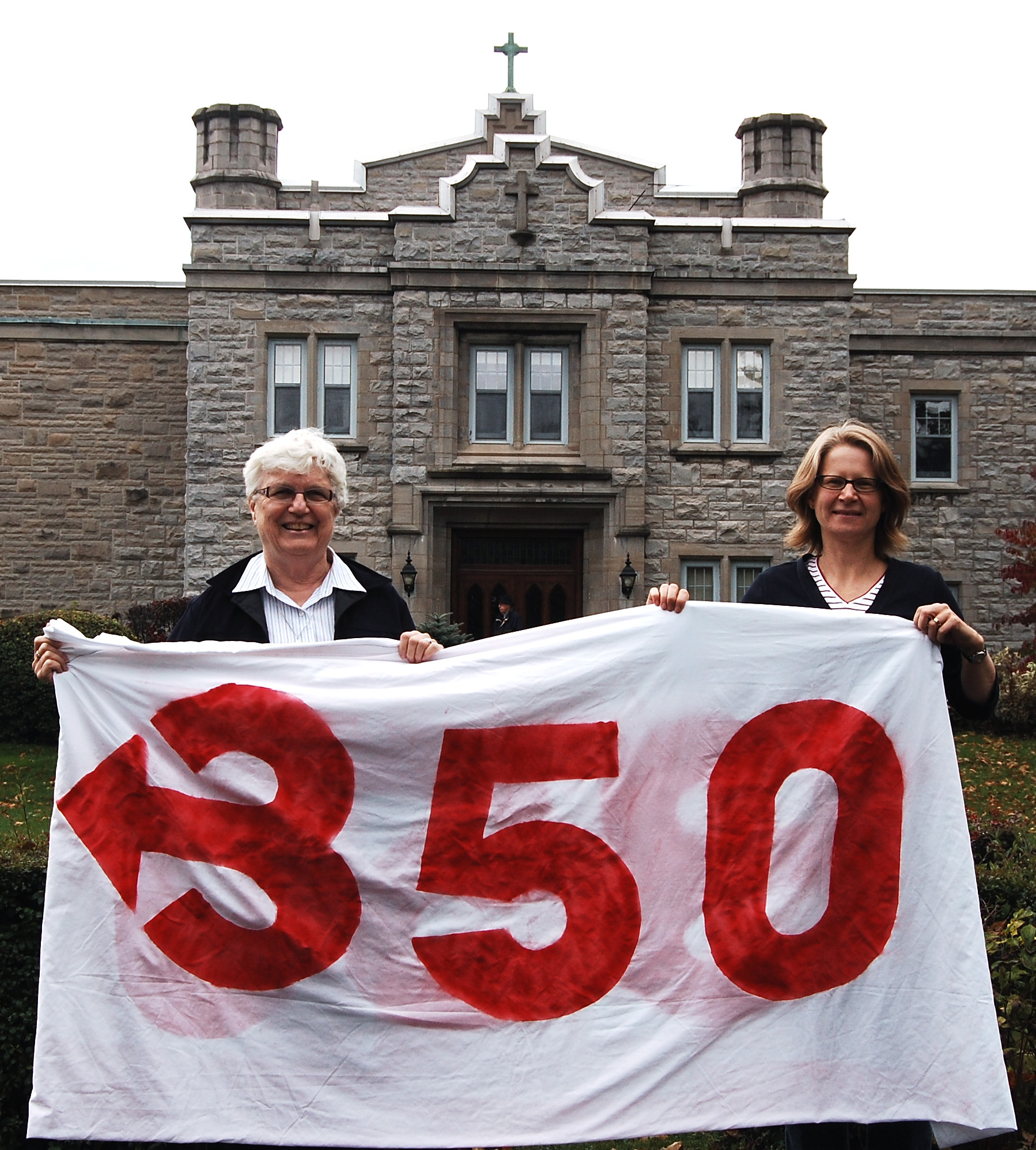 The JPIC office worked for climate justice at the community, municipal, provincial and federal levels.