The Sisters of Providence of St. Vincent de Paul ran the Immaculate Heart Prayer Centre in Calgary Alberta from January to May 1978. The congregation also had a presence in parish ministry in Calgary in 2004-2005. 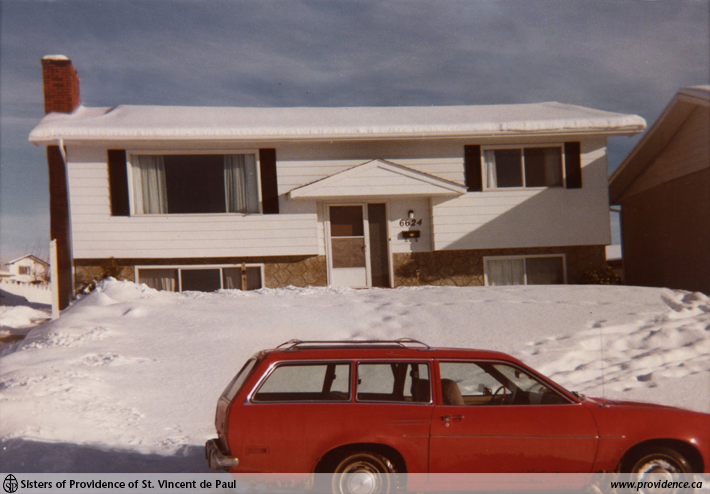 In May 1977 Bishop Paul O’Byrne, the Bishop of Calgary, wrote to the General Superior of the Sisters of Providence of St. Vincent de Paul in Kingston asking for two or three Sisters to work with a lay person to start a prayer centre in Calgary. Sister Mary Alberta, working with the Movement for a Better World, was involved in setting up and the Immaculate Heart Prayer Centre. Subsequently, Sister Mary Felicitas was assigned as Director of the centre and Sister Rita Dimberline was to reside there and work in the neighbouring St. Luke’s parish. The Sisters lived and worked with the lay person in a rented house which also functioned as the centre. They received altar linens and vessels for Mass from the Sisters at St. Mary’s Hospital, Camrose.

The centre became a place for prayer groups to meet, for individual retreatants to come for various lengths of retreats, and for spiritual direction. CWL groups also used the centre for prayer days and other meetings.

Unfortunately, due to administrative and personnel difficulties the House of Prayer closed in May 1978 and the Sisters moved into the Ursuline convent in Calgary. Sister Mary Felicitas continued to see people for Spiritual Direction while looking for another house for the centre. That September, Sister Mary Felicitas returned to Kingston and Sister Rita continued to work at the parish.

After further consultations with Bishop O’Byrne, the Sisters of Providence decided to open a new prayer centre in Pincher Creek.

Sister Rita Dimberline worked as a parish visitor in St. Luke’s Parish, while living at the Immaculate Heart Prayer Centre. Besides home visits, Sister also helped with sacramental preparation. After the Prayer Centre closed Sister Rita continued to work in the parish until February 1979 when she returned to Kingston later becoming part of the team at the Kermaria Retreat Centre in Pincher Creek.

Sister Jeannette Filthaut worked in Holy Spirit Parish from the fall of 2004 to the summer of 2005. As Pastoral Assistant she was primarily responsible for the RCIA, baptismal preparation and all Sacramental preparation. She was also a member of the Diocesan Centennial Planning Committee.