The Sisters of Providence of St. Vincent de Paul served in Camrose, Alberta from 1924 to 2015.

In 1920, Fr. M. J. Schnitzler, the first resident priest in Camrose, with the support of Dr. Nordbye, a leading physician, proposed to the town council the establishment of a hospital that would be managed by a congregation of women religious. Their proposal was adopted and Fr. M. J. Schnitzler was appointed to negotiate for religious sisters and he applied to the Sisters of Providence of St. Vincent de Paul in Kingston for their help.

It was not until 1923, during the time of Fr. M. J. Schnitzler’s successor, Fr. P. Harrington, that negotiations were completed. Sr. M. Angel Guardian Mangan was commissioned to plan and supervise the building of the hospital which officially opened on October 24, 1924. Sr. M. Clotilda Brady was appointed as Superior with a staff of five: Sr. M. Alban Hawkins, Sr. M. Matilda Marshall, Sr. M. Gerald Murphy, Sr. M. Cleophas Raby and Sr. M. Emerita Barry. Three weeks later they were joined by Sr. M. Oswald Moloughney and Sr. M. of Mercy Corrigan. In 1923 St. Mary’s Hospital Camrose received full approval by the College of Physicians and Surgeons and maintained this status until 1945 when it was lost due to the depletion of doctors required for the war effort. Full accreditation was again achieved in November 1955 by the Joint Commission on Accreditation of Hospitals of Chicago. 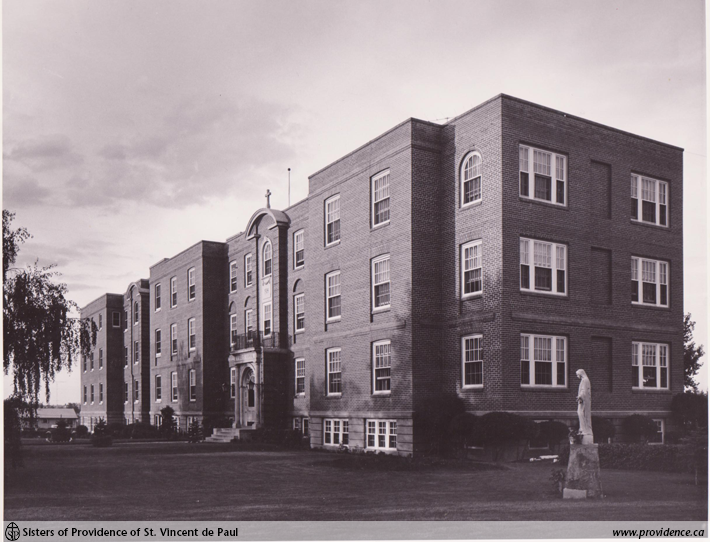 In November 1924, a training school for nurses was established and was directed by Sr. M. Alban Hawkins. The first nurses graduated from the school on October 14, 1927. The school operated with high standards until 1935 when the Sisters closed the school due to the fact that the hospital’s capacity of 50 beds did not meet the provincial standards set for operating a training school. The original intention was to re-open the school at a later date although this was never achieved. The nursing school graduated over 35 nurses including Sr. M. Eugenia Schulte who graduated in 1932.

St. Mary’s Hospital 50th Anniversary booklet relates a few interesting anecdotes from the early years of the hospital: In the summer of 1930, Sister Mary Pius, measuring about four feet six inches and wearing child size clothing, arrived at St. Mary’s Hospital.  Her tiny shoes and stature fascinated many as did her talent in working with children at the hospital.  Harsh winter weather and deep snow unfortunately forced Sister Mary Pius to return to Kingston for fear of being buried in snow well beyond her depth. The depression hit with all its grim force during the early Thirties. Illness continued and so did expenses and the hospital was needed as much or more than ever. Increasing numbers of patients were unable to pay though many struggled to clear their account in garden produce and farm products.  One old timer speaking about those dire days commented, “I’m sure the Sisters paid for the needy patients out of their own salaries.”  It was a beautiful thought but in those days no sister received a salary.

On April 20, 1949 a new wing was opened providing additional beds and three modern operating units. In May 1969, a second wing was added to St. Mary’s Hospital Camrose increasing bed capacity. On June 23, 1989 new hospital facilities were officially opened and the original hospital complex was demolished to make way for parking.

October 9, 2002 marked the official ceremony to transfer sponsorship of St. Mary’s Hospital from the Sisters of Providence of St. Vincent de Paul to the Alberta Catholic Health Corporation.

The Sisters of Providence continued to be a presence within the hospital until 2015 through a sister’s individual ministry of pastoral care.

The Catholic Health Alliance of Canada has been digitizing books celebrating Catholic hospitals in Canada as part of their Catholic Hospitals Digital History Books Project. Please take a look at the digitized booklets and newspaper supplements for St. Mary’s Hospital. 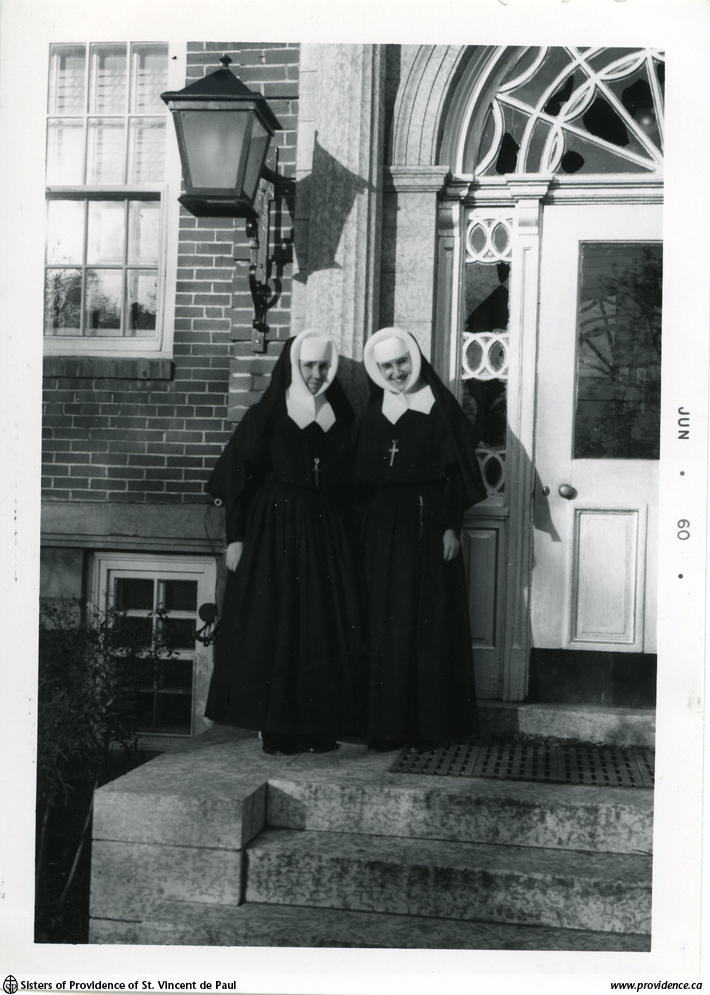 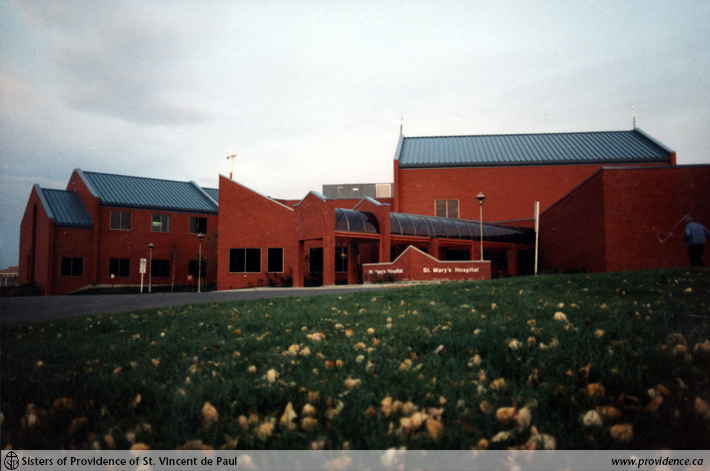 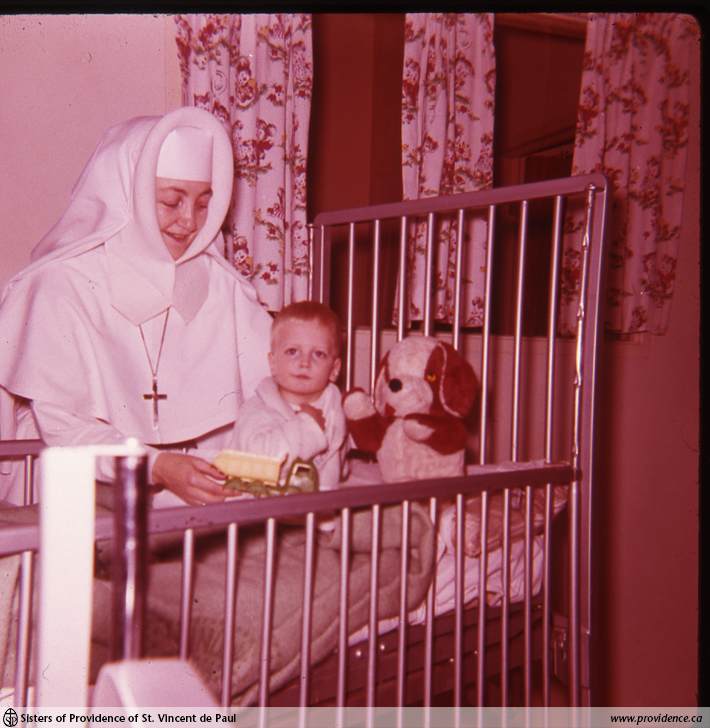 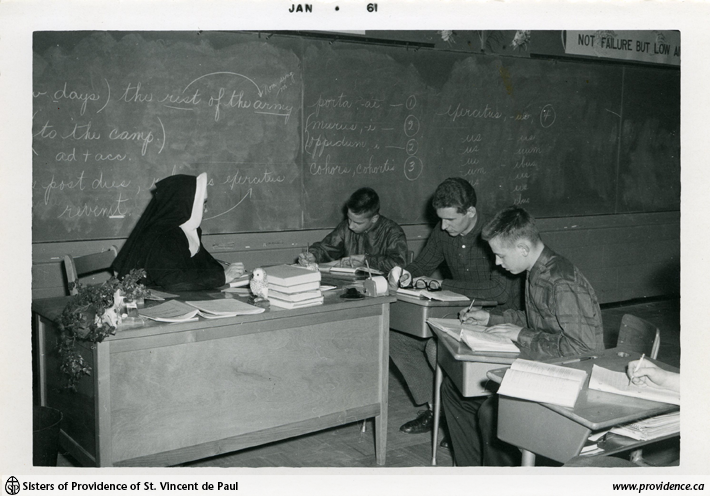