The Sisters of Providence of St. Vincent de Paul served in Daysland, Alberta from 1908 to 1973.

In the summer 1907, two years after Alberta attained provincial status, Mr. E. W. Day, mayor of Daysland, visited Archbishop Gauthier of Kingston and requested that the Sisters of Providence open a hospital in his new municipality. The town would donate twenty lots of land and six thousand dollars if the Sisters would build the hospital and assume its administration. At the request of Archbishop Gauthier, Sr. M. Gabriel Cunningham, Superior General, and Sr. M. Amable Leroux visited Daysland and inspected the site destined for a hospital.

On May 13, 1908, Sister Mary Angel Guardian Mangan, Sister Mary Camillus Bradley, Sister Mary of the Assumption Macdonald and a lay nurse, Miss Davis arrived in Daysland to begin caring for the sick. Upon their arrival, they took up temporary residence in a private home as the hospital had yet to be built. The residence also served as the hospital until March 1, 1909 when Providence Hospital opened. The hospital and the first Roman Catholic Church were blessed on April 25, 1909.  The new three story hospital could accommodate 20 medical and surgical patients. 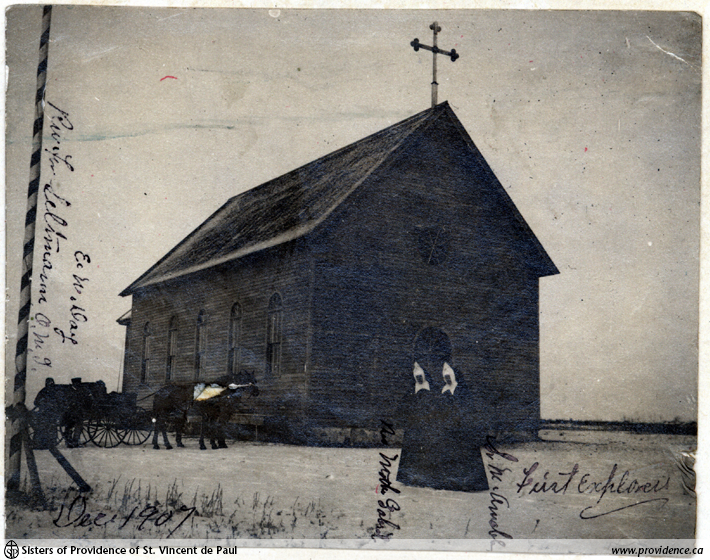 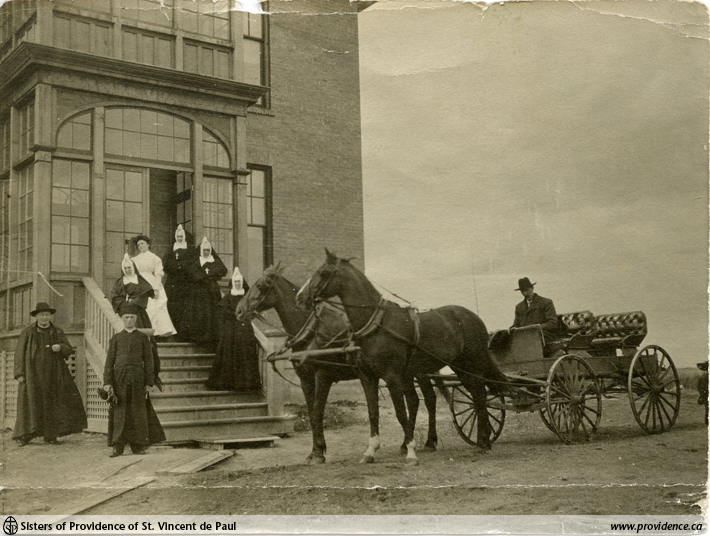 There were many hardships for the early Sisters, with the most serious being the lack of water. The first donation was a large barrel to hold the water which was delivered from a pump.  But alas the barrel was not water-tight and the Sisters in later years could laugh as they recalled coming into the kitchen in the morning to find the floor covered with water, the barrel half-empty and the Sister Superior with a mop in hand as she remarked ruefully: “And it cost twenty-five cents a barrel.” The Sisters recount many acts of kindness shown them by the people of the district; a chief of the police force brought them a load of lumber from which they had made their first operating table.

In the fall of 1914 the Provincial Government of Alberta asked the Sisters to undertake the care of the incurables and mentally deficient children. A third story was completed to accommodate some of these patients. In 1919 a new wing was opened to care for the chronically ill, especially veterans of World War I. In November 1924 the hospital officially made the switch from being a General hospital, offering acute care, to focusing on the care of the chronically ill. By 1930 the need for beds for the chronically ill was no longer acute and the hospital reverted to its original status of being a general hospital.  The Hospital Auxiliary was formed in 1947 and the ladies assisted with sewing and mending and raised money to buy new equipment.

By the 1950’s the town of Daysland decided that if they wanted the hospital to remain open, it had to be able to attract new doctors and surgeons to the area. The hospital underwent renovations that were completed in 1954, including the removal of the front balconies, the stuccoing of the building, the disposal of the Sisters’ livestock and outbuildings, and the complete renovation of the interior of the building.

After 50 years the Municipality and Medical Staff urged the construction of a new hospital.  On Oct. 17, 1960, Monsignor Lyons, former pastor, at the invitation of Mayor Cockburn, turned the first sod.  The opening of the new thirty bed Providence Hospital took place in June 1961. In 1962 an Advisory Hospital Board was formed and was active until their last meeting in December 1973.

The decreasing number of Sisters and the prevailing problem of obtaining sufficient, qualified staff contributed to the decision of the Congregation to withdraw from Daysland after 65 years of service.  The official farewell was held on December 9, 1973.  On December 30, 1973, the Sisters ended their work at Providence Hospital and on January 1, 1974 Providence Hospital became a municipal hospital, renamed Daysland General Hospital.

Daysland was the first mission in the West for the Sisters of Providence of St. Vincent de Paul and the cradle for their work in Western Canada. 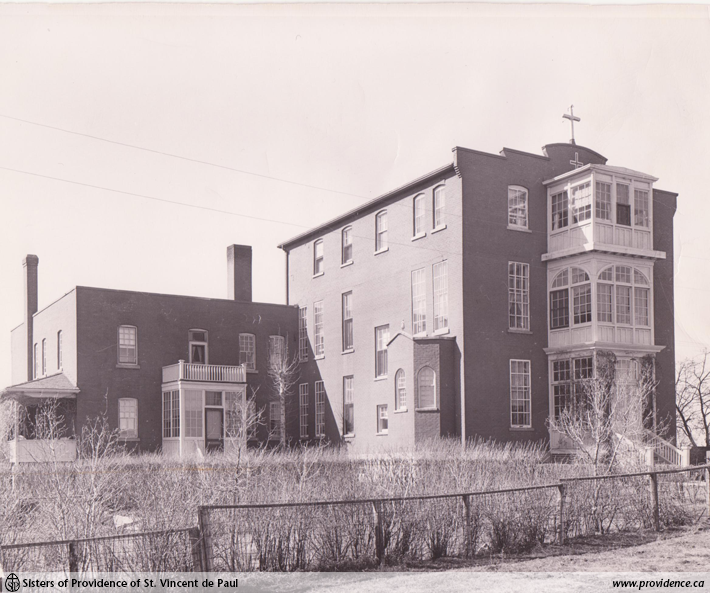 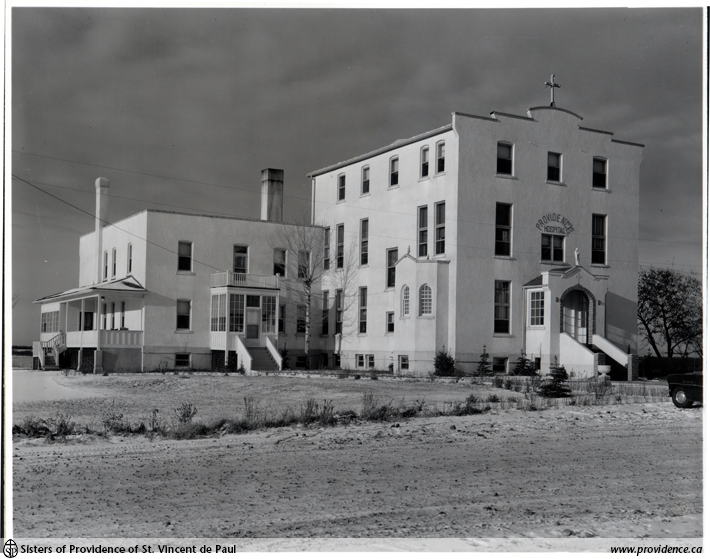 In order to meet increasing medical standards, Providence Hospital underwent major renovations of both the interior and exterior of the building. The hospital underwent a facelift with the removal of its front balconies and stucco exterior as seen in this photo taken on December 8, 1954. (SPSVPA 014-204.1.1-7-C) 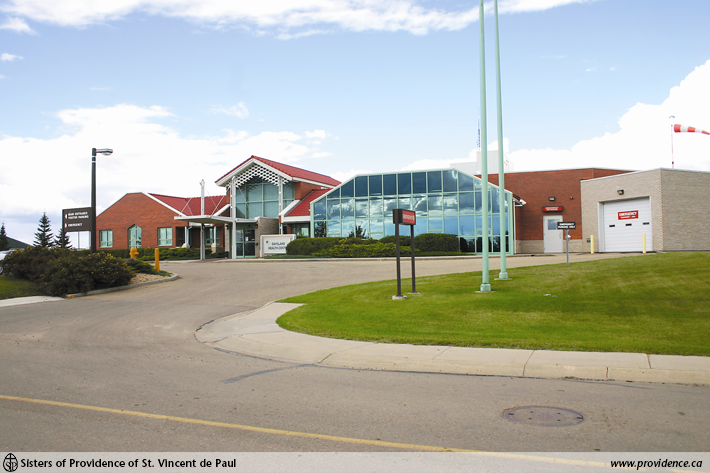 Providence Hospital became a municipal hospital in 1974 and was renamed Daysland General Hospital. The 1961 hospital building was eventually replaced by the current Daysland Healthcare Centre, pictured here in 2008. (SPSVPA 014-204.1.1-89) 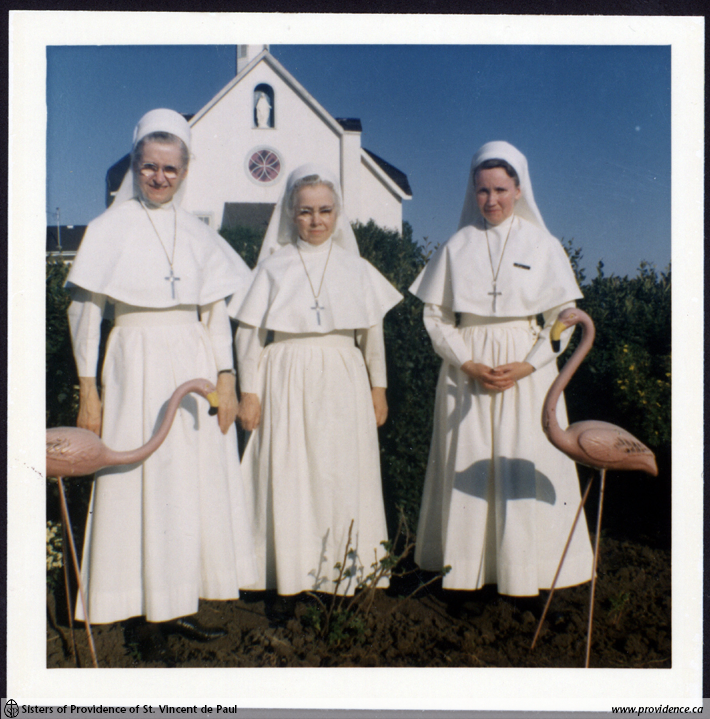 Sr. Mary Dolores, Sr. Mary Viola, and Sr. Mary Adele in front of Our Lady of the Prairies Parish in Daysland, Alberta in 1967.