The Sisters of Providence of St. Vincent de Paul served in Vancouver, British Columbia from 1947 to 2013.

The new hospital was to be located in an old house on three acres on Argyle Street in the Fraserview area of Vancouver. By the time the hospital officially opened in October 1947, there were twelve aged women patients at Holy Family Hospital and this number soon increased to the maximum of eighteen. The original house served as hospital and residence for the sisters for five years.

On May 19, 1953 a sod turning ceremony was held to break ground for a purpose built hospital building.  The new hospital was completed in March 1954 and could accommodate 52 patients. “Miss Jean Howarth, the daughter of a Baptist minister and a staff writer for the Vancouver paper The Province, made a two-hour tour of Holy Family Hospital in August 1957 and reported thus: “Holy Family is a hospital for chronic cases, but most of its patients are elderly.  It can accommodate fifty-two patients, all women.  Last year it was able to discharge back to normal life sixty-six patients.  It was able to do this because it assumes and acts as though old people were intended to live and function, and not just lie in bed or sit in a chair awaiting death.  I talked to almost every patient in the place, and I could feel the hope that was in them.  The love there was almost visible; the practical help most certainly was.” Sr. Mary Electa, SP. Sisters of Providence of St. Vincent de Paul, Montreal: Palm Publishers 1961, pp. 124-5 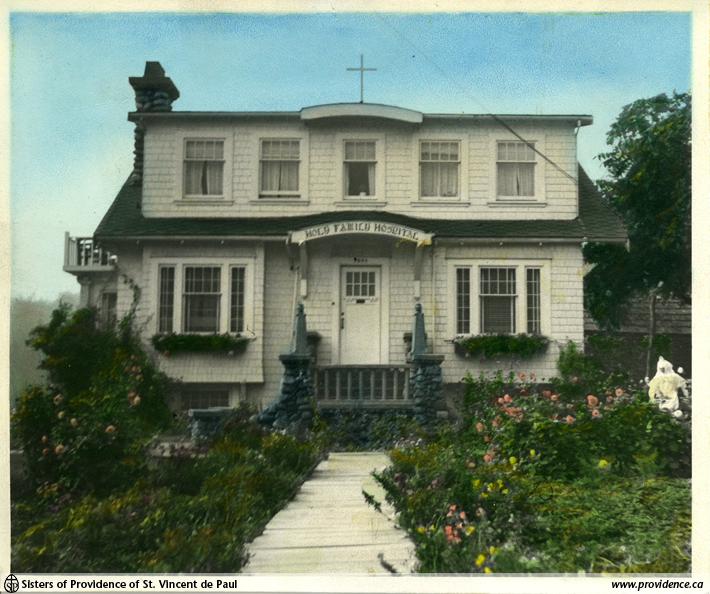 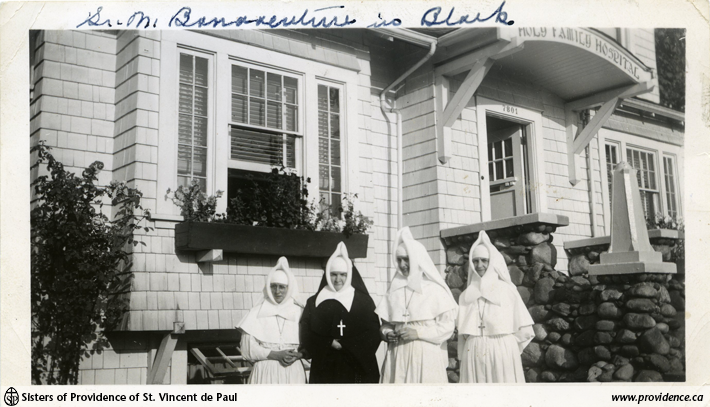 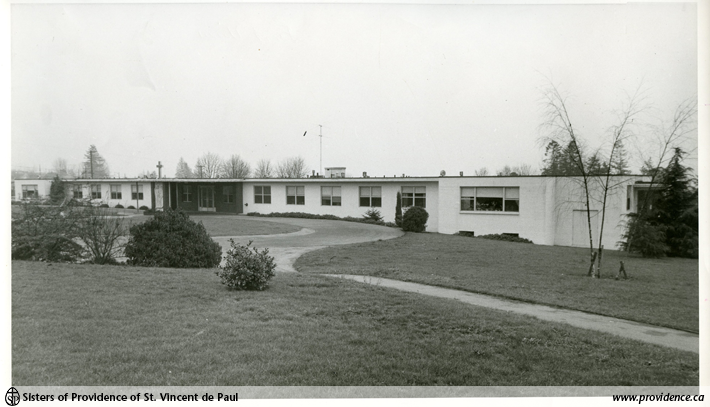 Due to the population growth of the surrounding areas in the 1970s, there was a pressing need to expand the hospital.  A new wing was opened in June 1976, increasing the hospital to a 230 bed capacity. Growth over the decades resulted in the hospital’s status as a fully-accredited hospital, providing geriatric rehabilitation, extended care and ambulatory outpatient services, with the Rehabilitation Unit being a provincial referral centre.

With the changes in health care in the province in the 1990s, Holy Family Hospital began a series of changes from clustering with St. Paul’s Hospital and CHARA under the umbrella of CARAIM in 1995, through to transfer of sponsorship from the Sisters of Providence of St. Vincent de Paul to the Vancouver Catholic Hospital Group in March 2000. Today the hospital continues to operate as a member of Providence Health Care.

The sisters continued to live in the original house, known as Marian Villa, until 2005, when the remaining Vancouver sisters moved to Cloverdale where they pursued individual ministries. Marian Villa was torn down in the fall of 2012. The last Sister of Providence in British Columbia moved back to Kingston in 2013.

The Catholic Health Alliance of Canada has been digitizing books celebrating Catholic hospitals in Canada as part of their Catholic Hospitals Digital History Books Project. Please take a look at the digitized commemorative booklet for Holy Family Hospital, Vancouver. 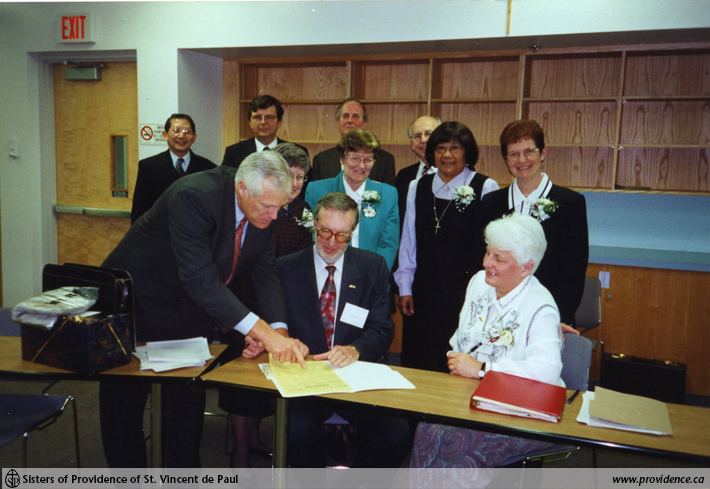 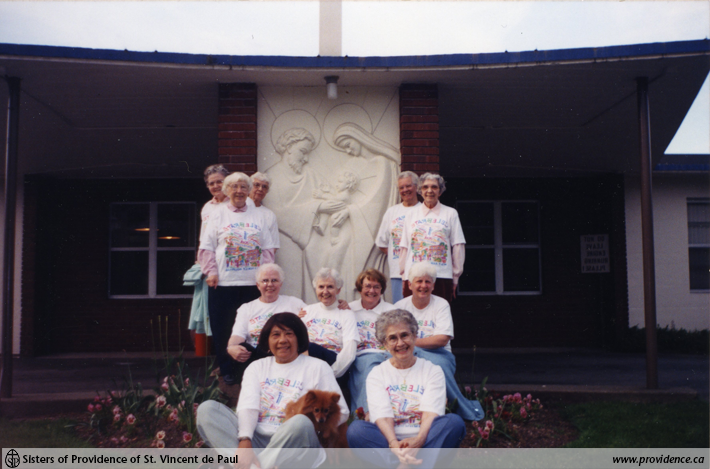