The Sisters of Providence of St. Vincent de Paul taught at St. Anthony’s School in Apple Hill, Ontario from 1929 to 1945. 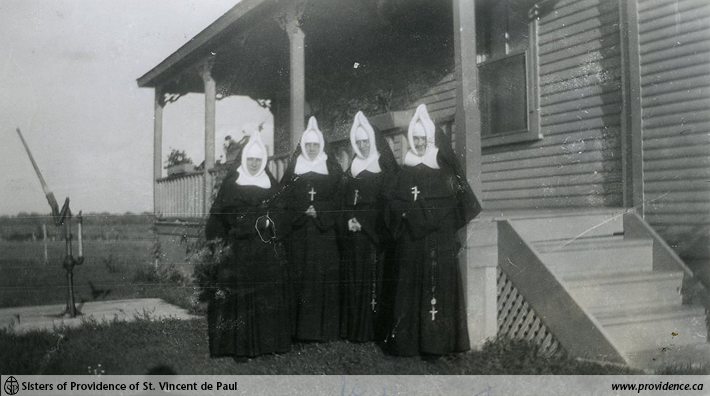 In July 1929, Rev. Foley, parish priest of Apple Hill, visited Providence Motherhouse in Kingston and requested that the Sisters of Providence of St. Vincent de Paul open a mission in Apple Hill and run the separate school. He suggested that only two teachers would be required. At the end of August the Archdiocese of Kingston gave its approval and Sr. Mary Nazareth and Sr. Mary Igantius left for Apple Hill, about 30 kilometres north east of Cornwall, on September 2, 1929. They lived at the pastor’s house for the first week, and then moved to a parishioner’s home. Shortly after their arrival they requested a music teacher and Sr. Mary Joan of Arc was sent to join them. The sisters resided with a parishioner until October 17th, when they moved to a house that had been provided for them, St. Anthony’s Convent.

The sisters taught at St. Anthony’s School and lived at St. Anthony’s Convent until 1945. At any one time, between 1929 and 1945 the mission was usually staffed by two teachers, one music teacher and sometimes a sister who looked after domestic duties at the convent. The Sisters also participated in the parish community as sacristans, organists and choir directors. Over the years attendance at the school grew and more teachers were required; however the Sisters of Providence could not spare any more teaching sisters and so the congregation withdrew from the mission in June 1945. Another religious order took over the school.