The Sisters of Providence of St. Vincent de Paul taught at St. Mary’s School in Chesterville, Ontario from 1907 to 1972. 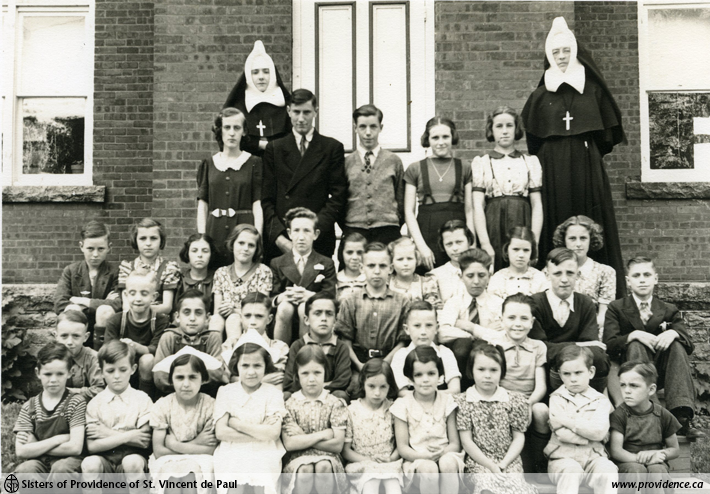 In 1907 Father Fleming, pastor of St. Mary’s Parish in Chesterville made a request to the Sisters of Providence for two teaching Sisters for the two room Catholic school that had begun in 1903 in that had town.  With the consent of Archbishop Gauthier four Sisters were sent to Chesterville, two of whom would teach in the school. Sister Mary John was the local Superior, Sister Mary Annunciation took on the domestic duties, Sister Mary Francis Xavier who taught the senior classes and Sister Mary Juliana taught the primary class. The Sisters lived in a temporary home owned by Mrs. Gilisse until 1919, when at the insistence of the General Council they were moved to a more suitable house which became St. Mary’s Convent until the Sisters withdrew from Chesterville.

The school also changed over the years. In 1960 a new four room school was built, and in 1970 the school board decided that grades 6-8 and Special Education would be taught in the nearby town of Finch, while Kindergarten to grade 5 would be taught in Chesterville. The children were bussed from their home to the appropriate school. This meant that for sacramental preparation the teachers were dealing with not only two parishes but two dioceses as Finch was in the Diocese of Cornwall. While there was a Sister principal of St. Mary’s school from 1907 on, in June 1970 the first lay principal took over that position as there was no Sister to fill it.

Although the primary mission of the Sisters was to teach at the school, they became engaged in many other ministries. The annals tell how in 1918 during the flu epidemic, Sisters went to the homes of the sick to take care of both the patient and the family for a time. In one case one of the Sisters had to return to the convent as she herself caught the flu.

The Sisters served in St. Mary’s parish throughout their time in Chesterville.  From 1912 on there was a music teacher in the convent. These music teachers not only taught music in the school, but conducted choirs in the parish and were the organists for the church. Sisters trained the altar servers and did the sacristan work in the parish. Eventually Sisters became involved in the work of the CWL, in visiting parishioners in the hospital in Winchester and their homes. They taught catechism to children attending the public school in Chesterville during the year and in South Mountain and Dixon’s Corners in the summer. In the later years at the initiative of Father Lloyd Cummins, Sisters were involved with the youth group for the teenagers in Chesterville and South Mountain, joining with those of Morrisburg and Iroquois for retreats and other activities including helping the poor in the area.

In 1972 the congregation withdrew from Chesterville. The people had been generous over the years, helping the Sisters with gifts of food, and treats at Christmas and driving them to Kingston and other missions before the Sisters got their own car. Many Sisters who had lived there attended the farewell renewing acquaintances and meeting former students. The people expressed their gratitude to the Sisters and their sadness at their departure. The Sisters attended the final Mass in the church on June 29th 1972. Seventy-five Sisters served in Chesterville over the course of sixty-five years. 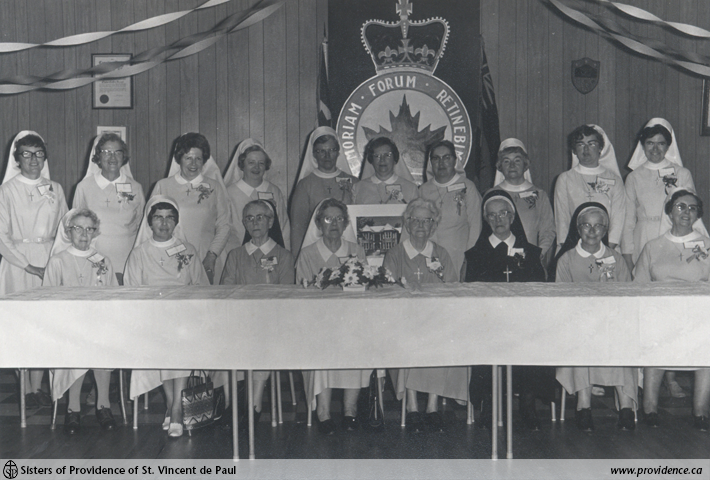