The Sisters of Providence of St. Vincent de Paul taught at St. John’s School and St. Joseph’s School in Gananoque, Ontario from 1921 to 1989. They were also involved heavily in parish life and teaching music. 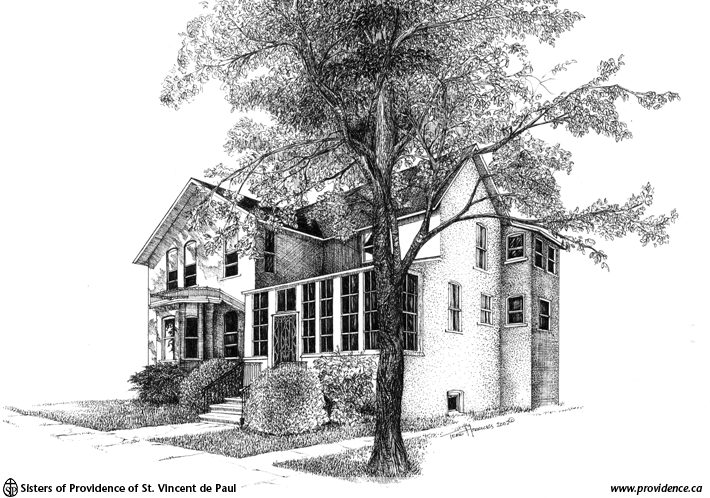 The town of Gananoque was not unknown to the Sisters of Providence when the request came from Father John Kehoe, the pastor of St. John the Evangelist Church for Sisters to establish a separate school there in 1921. From the time of the foundation of the congregation in 1861, the Sisters cared for the sick in their homes. This included responding to the requests of the pastors outside of Kingston to tend the sick in their parishes. Sisters had begun home nursing in the Gananoque area in the 1860’s and were very active there from the 1890s to 1919. They had also gone to Gananoque over the years on collecting tours to raise funds for the operation of the House of Providence in Kingston. So it was that in 1921 six Sisters took up residence in the first of three convents they would live in, in that many years!  The first Sisters were: Sr. Mary Zita Welsh, Sr. Mary Rose of Lima Crowley, Sr. Mary Adrian O’Rourke, Sr. Mary Rose of Viterbo Whalen, Sr. Mary Ethelreda McCann, and Sr. Mary Dorothea Griswold.  They moved again within a year and a half. In the fall of 1924 a house on Sydenham St. became their final residence and remained the convent until 1987. 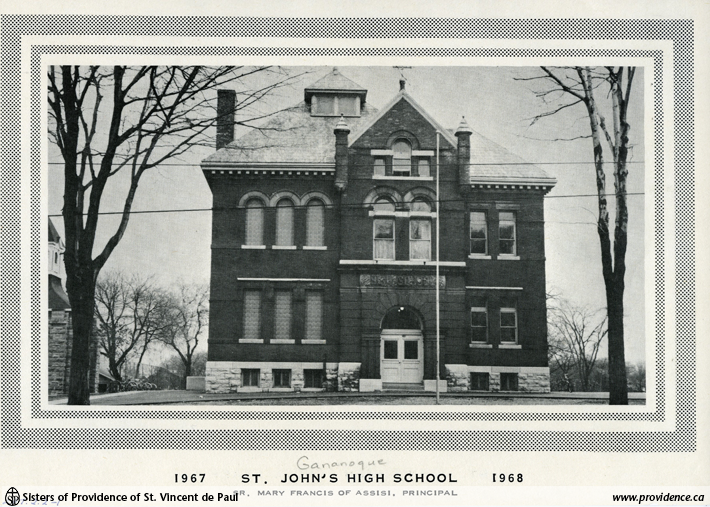 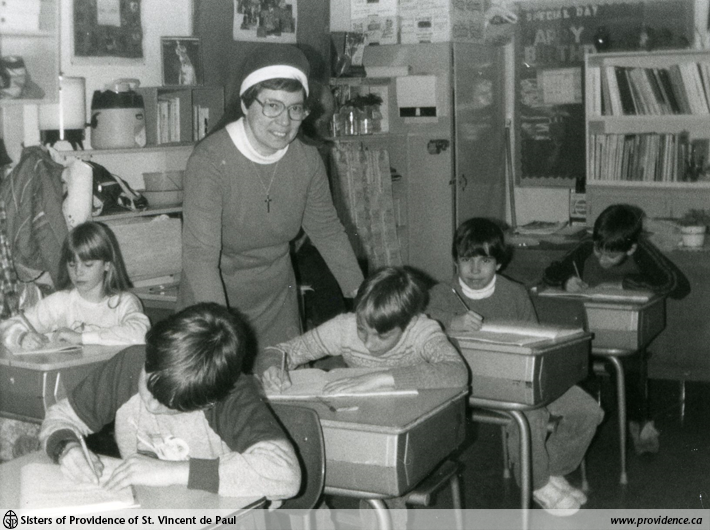 In September of 1921 four of these Sisters began teaching in St. John’s School, near the church. By 1924 there were six Sisters teaching at the school and a Sister who was a music teacher had come to work in the school and parish. Sisters continued to teach in the original St. John’s school, but by 1951 it was too small for the number of students and the former public high school was purchased to replace it. In 1959 the new St. Joseph’s School was opened for grades 7 to 10. This school also came under the administration of the Sisters. In 1974 St. John’s School closed and the staff and students moved to St. Joseph’s. Sisters continued to teach at St. Joseph’s until 1989.

Over the years, the music teachers were quite prominent in the parish. The choirs won many awards in music festivals and were invited to perform on many occasions. One of those performances was for a radio program in Kingston. Individual music students excelled in music exams. This made the parish and community very proud of the accomplishments of their children. In 1954 the music teacher was Sr. Mary Bibiana Keilty. Sister was delegated by the Provincial Council of the Ontario Registered Music Teachers’ Association to address meetings of music teachers in a number of towns throughout southwestern Ontario.

The Sisters were involved in many aspects of parish life. The music teacher took care of the sanctuary and linens in the church. The Sisters helped with a refugee family sponsored by the parish. They were involved in the Senior Citizens’ Club and visited many senior citizens in their homes. In the 1950’s they formed two prayer groups in the homes of shut-ins. The convent was always open to the people. Besides formal “open house” events, children came for regular catechism lessons and on different occasions the Sisters took in women who needed emergency housing. They were also involved in the Catholic Women’s League and the Legion of Mary. The people appreciated the Sisters and showed this by remodeling and decorating the convent chapel in 1956. They also donated a piano and brought gifts of food and beverages to the Sisters at Christmas and on other special occasions.

In 1987 the Sisters left the convent and the one remaining Sister moved into an apartment. She continued to teach at St. Joseph’s School for two more years, until the end of the school year in 1989. In all ninety-eight Sisters served in Gananoque over the course of sixty-eight years. 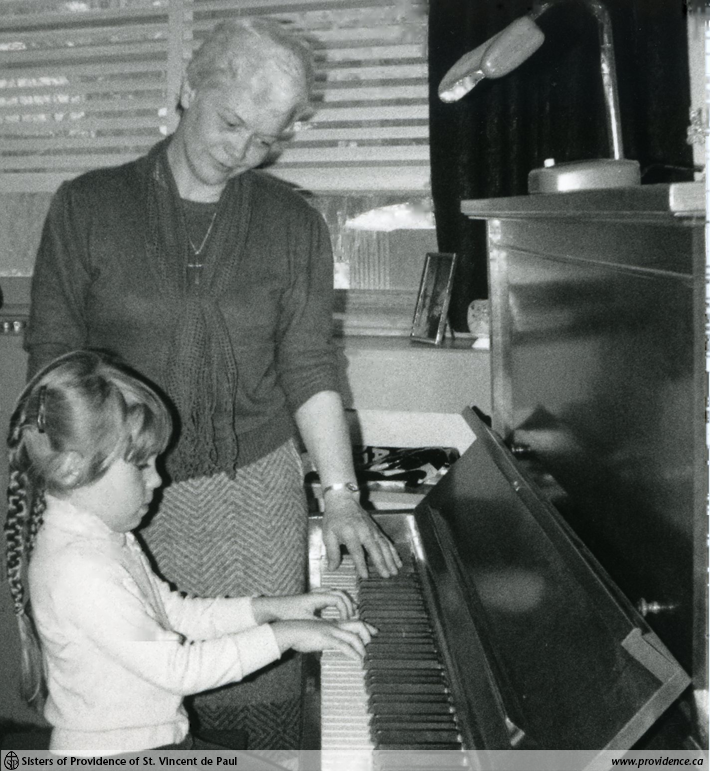 Sister Marie Dundon instructing a student at St. John’s Convent. Music instruction was a key part of the Sisters of Providence mission in Gananoque.
(SPSVPA 014-207.2.2-60)