In 1923, Rev. J.G. McDonnell asked the Sisters of Providence to found a teaching mission in Lancaster. Initially, an agreement was signed to supply a superior and two teachers. As the convent was not ready the two Sisters lived in a private home for the first month.

A cement house was purchased and ready for the Sisters by September 17th. Mother Mary Ursula Byrne, General Superior of the Sisters of Providence, attended the formal opening of St. Joseph’s Convent on Oct. 6, 1923. She described it as a “nice little convent”, though the Sisters found it very cold in winter, telling of how they had to wear cloak and gloves to Morning Prayer. There were usually five Sisters in the mission, a housekeeper, a music teacher and three teachers.

St. Joseph’s School opened on September 13, 1923. Sister Mary Bernard Foley, General Assistant of the Sisters of Providence, was present for the opening. The first teachers were Sister Mary Hilda Quinn and Sister Mary Thomas Aquinas O’Reilly. The school was a former residence that had been converted into a school, with outdoor facilities. Like the convent, it was described by the Sisters as very cold in the winter. Members of the General Council of the Sisters of Providence visiting in 1924 described both the building and the children as “very, very, poor”. 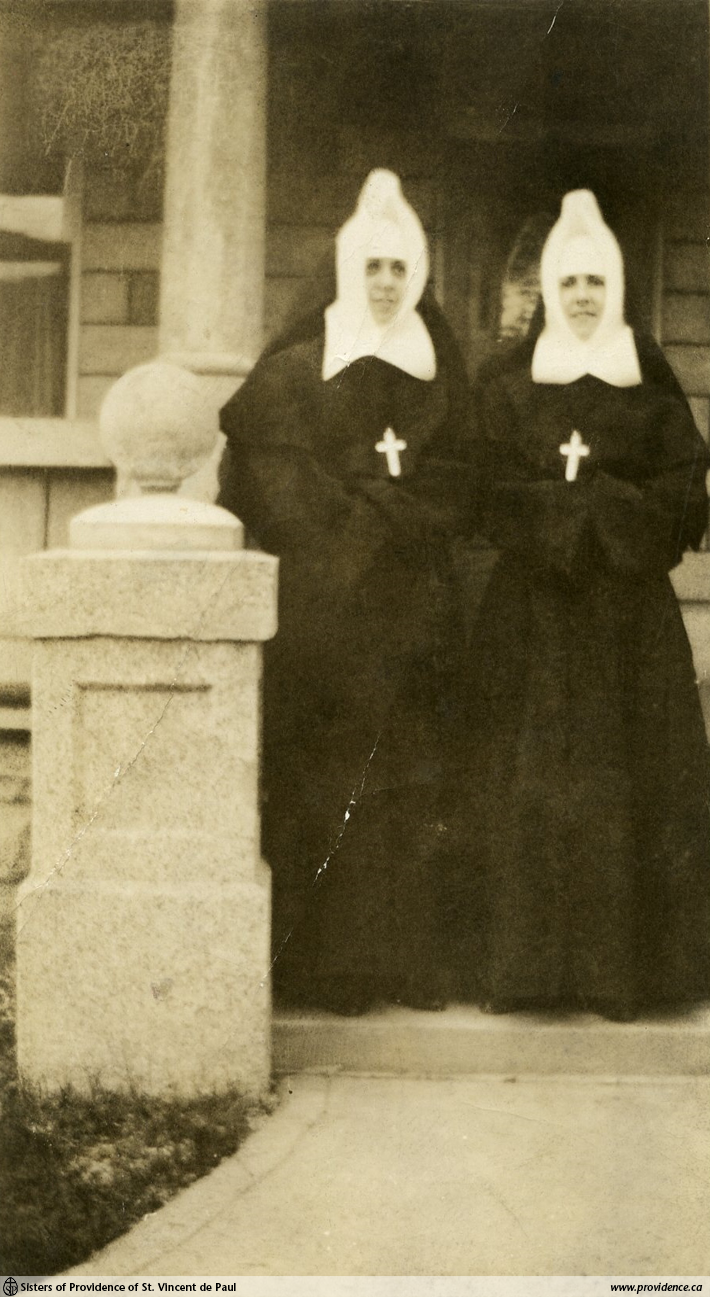 The parents of the students wanted French included in the curriculum, as Lancaster is located in a French speaking region being about 20 km from the Quebec border. The Sisters did their best to teach a class of French each day. While the parents were satisfied with this at first, as time went on, they asked the Sisters to send bilingual teachers, but the Sisters were unable to meet this need. The Sisters of Providence withdrew from Lancaster in 1937 when the school board decided to make St. Joseph’s a bilingual school.

The Sisters described many examples of God’s providential care during their fourteen years in Lancaster. One of these examples was when they were nearly all asphyxiated because the key in the furnace had been turned the wrong way and they woke up to the house filled with gas. Fortunately they were able to open the windows and all recovered. Another time, there was a bad fire raging in the town and the Sisters had to get out of the house in the middle of the night. Then there was the time they wanted a statue of Mary but couldn’t afford to buy one. Providentially, one of the Sisters found some money on the street. After trying unsuccessfully to find the owner, the Sisters viewed the money as a gift of Providence and used the money to purchase the statue.

Besides teaching in the school the Sisters participated in many parish activities, including the Sodality of Our Lady. The music teacher also provided the organ music in the church and trained choirs in both church and school. The Sisters described the community as warm and supportive and the parish priest as showing concern for their wellbeing. The last three Sisters of Providence left at the end of the school year in 1937. In the years that followed, some of the students continued to keep in touch with the Sisters and expressed regret at their leaving.