The Sisters of Providence of St. Vincent de Paul served in Toronto from 1939 to 1971, and 1990 to 2020.  Over the years their ministry included Rosary Hall, St. David’s School, and numerous individual ministries.

Toronto’s Rosary Hall was founded in 1911 at 218 John Street by a charitable lay association in order to meet increasing demands for a hostel for young working women and students in the city of Toronto. During the post-war era in Toronto, there was a variety of different hostels run by religious and charitable organizations ranging from the YWCA to the Willard Hall Hostel operated by the Women’s Christian Temperance Union to house the female staff of Simpson’s department store. Each of these organizations shared the same goal of providing low-cost housing for women. 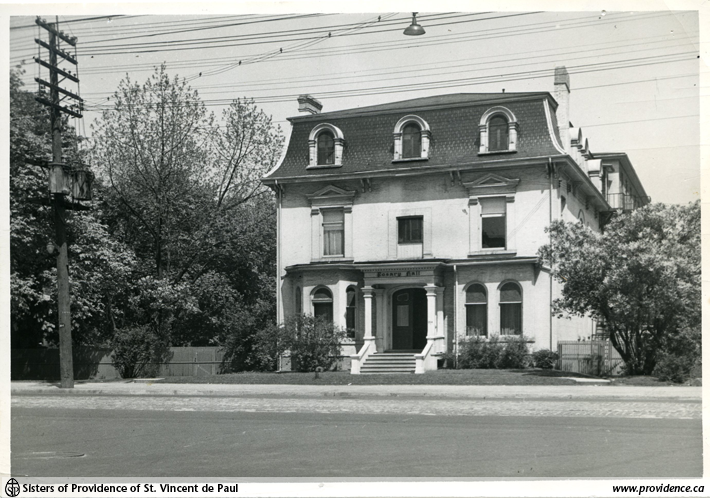 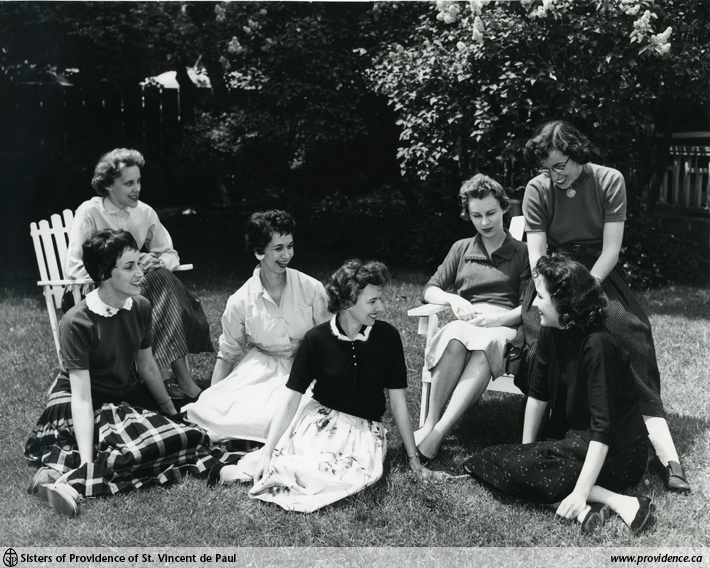 In the 1940s and 1950s, Rosary Hall was a residence for Catholic young women between the ages of 17 and 25 who were working or studying in Toronto. The new building on Bloor Street had accommodation for one hundred and twenty-five lodgers in private and shared rooms. The white three-story house had large grounds and numerous amenities, including a library, a swimming pool, a domestic science room, a gymnasium, and an assembly hall. The residents of Rosary Hall came from a variety of backgrounds, including young women from every province of Canada and many different countries, including England, Ireland, Scotland, France, Belgium, Germany, Holland, the Bahamas and the British West Indies. In general, life at Rosary Hall was very busy with numerous events happening in the Hall’s auditorium ranging from dances, bridge parties, and meetings of various organizations. There were also, according to a 1950 advertisement, classes and lectures held at Rosary Hall on various topics ranging from swimming to domestic science to French conversation. In the 1950s, Rosary Hall often ran at full capacity. 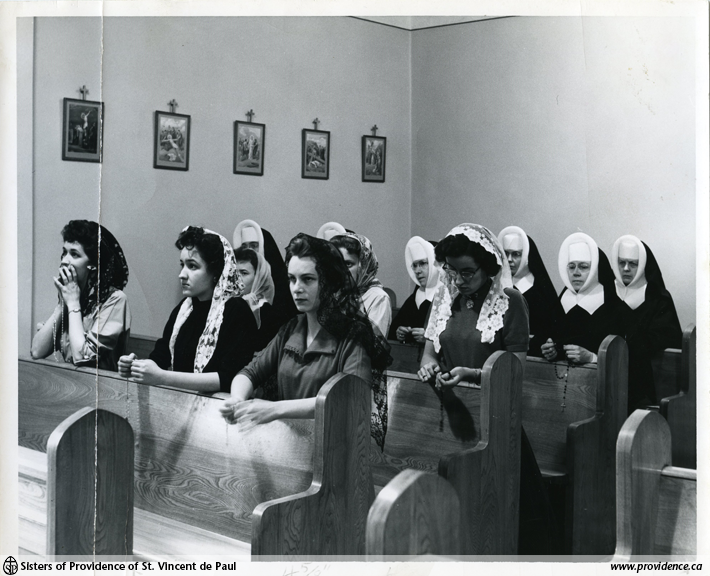 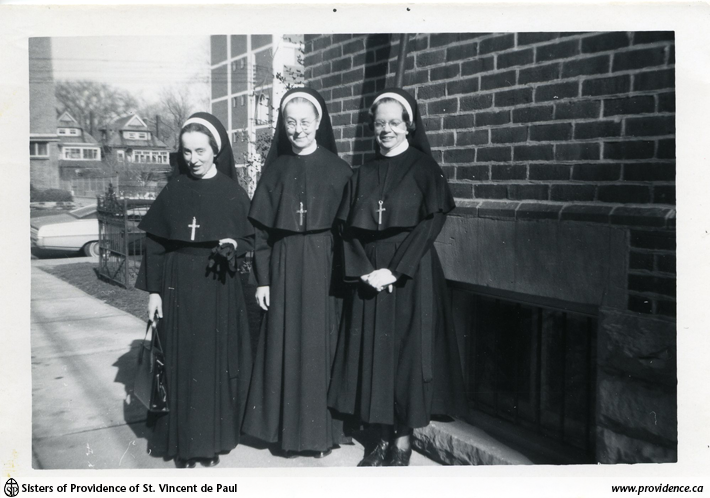 In 1965 the building at 264 Bloor St. East was purchased by the Manufacturers’ Life Insurance Company (Manulife), in order to expand their head office. On March 12th, 1965, the Sisters of Providence moved Rosary Hall to a new building at 226 St. George Street after 25 years on Bloor Street. During the next few months, the new Rosary Hall, a three-story building previously owned by the Jesuits, underwent extensive renovations. The front section of the building which was formerly offices was converted into 14 rooms, including a chapel, a spacious parlour and sisters’ quarters. The rear section was converted into 36 double rooms with a capacity for 72 residents. In this new building, the mandate for residency changed with an emphasis on university students. 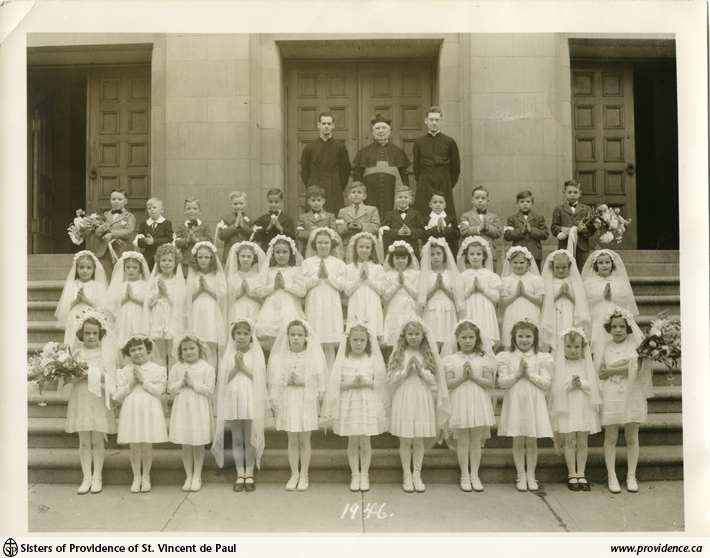 Fr. Mulvihill, Msgr. McCann, and Fr. MacMillan standing on the steps of St. Francis of Assisi Church, Toronto with the First Communion class from St. David’s School on June 16, 1946. (SPSVPA 220.3.2-1)

From 1990 to 2020 several Sisters shared their talents through a variety of individual ministries in Toronto, including teaching English as a second language, spiritual direction, helping refugees and immigrants, and teaching art therapy.

List of Sisters of Providence of St. Vincent de Paul who taught from 1944 to 1953 at St. David’s School, Toronto, Ontario by school year.