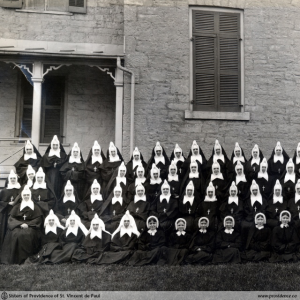 After her profession Sister was organist and had charge of the choir in the House of Providence. She taught music in Belleville, Prescott and Kingston. Later she fulfilled the duties of organist and Sacristan at St. Vincent de Paul Hospital for a number of years until she became an invalid.

Sister was a fervent religious and zealous for the things of God. She suffered much from a delicate constitution and the trials of a keen sensitiveness. This gave her many opportunities of practising virtue. She was prayerful and pious, and tried to make reparation for any shortcomings she may have had. This was very evident before her death.